Having kicked off late last year, the Colombo Supper Club (CSC) has flourished in a short span of time.  Run by Naserah Tyebally, a Singaporean who came to Sri Lanka 16 years ago, the CSC aims to provide diners with eclectic tastes a once in a lifetime dining fare by hosting various chefs from around the world dabbling in diverse cuisines at different venues across Sri Lanka.

“Having lived in Singapore and tasted the food they had to offer, when I came to Sri Lanka I found that it longed for variety and the foodie in me realised that I should start a Supper Club in Colombo to offer diners a different dining experience” 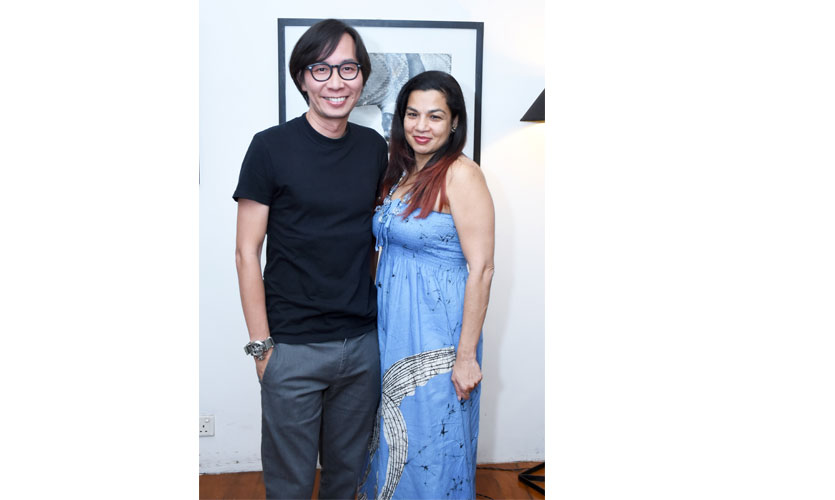 Inaugurated in November 2016, the CSC hosts chefs nearly every month and has featured the likes of Chefs Rishi Naleendra, Andrew Walsh, Sun Kim and Damian D’ Silva with great success over the last year.

On September 15th, the CSC teamed up with Jetwing Beach Negombo to host one of Singapore’s most famous seafood restaurants, The Naked Finn. Having initially started off with a career in IT, the Naked Finn is run by Chef Ken Loon and is a restaurant borne from his obsession over quality seafood and his philosophy of unadulterated simplicity. 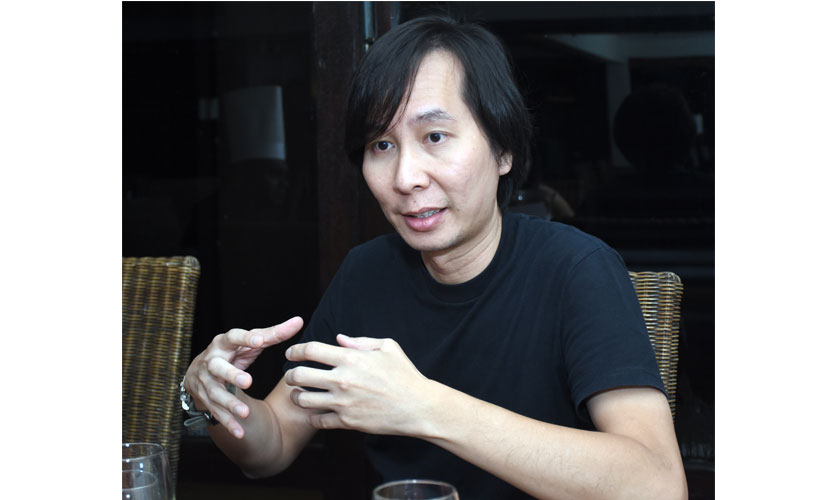 Chef Ken has not mastered the art of cooking seafood through just a few recipes, he has learned the A-Z’s of all there is to know about seafood and has experimented with more than 182 different species and has charted his findings to three distinct categories; flavour, cooking time and how best to pair. His knowledge on seafood is specific and utterly fascinating. Listening to Chef Ken talk about different species and the different techniques involved for each, makes one think how one can possibly know all this.

answered Chef. Chef Ken’s cooking involves a lot of technique yet the dish itself is utterly simple and raw. Chef Ken has understood something a lot has failed to; that a good dish is not measured by the complicated condiments and seasoning involved but rather by how well the core product of the dish is highlighted. Hence, his ethos of simplicity shines through by how well his seafood is prepared.

At the dinner hosted by CSC and Jetwing Beach, The Naked Finn presented a 9 course menu divided into 3 styles based on the restaurant’s lunch and dinner menu and a one-off Hokkaido experiment done by the restaurant last year.  The courses were also complemented by a beautiful Riesling, Chardonnay and a Pinot Noir put together by Wine World, CSC’s official beverage partner.

We had the opportunity to sample a few of the dishes offered in the 9 course menu and this is what we thought.

Grilled Baby Squid
The 9 course meal kicked off with a spot of nostalgia by serving grilled Indian baby squid as it was the first seafood that the Chef Ken has cooked in a kitchen. Grilled on a cast iron with the barest touch of oil, the squid was cooked with absolutely no seasoning which added a surprising element to the dish simply because it produced plenty of flavour when consumed. The dish was simple but cautiously prepared for a more unmodified taste. 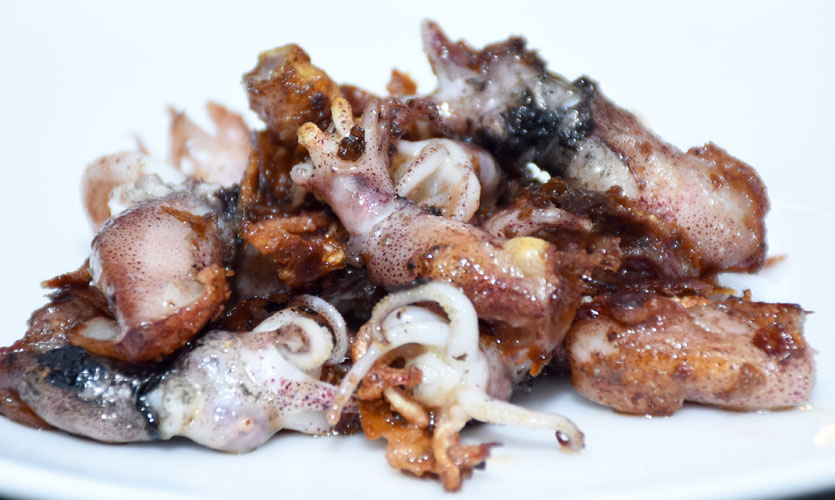 Ice Plant Salad in Kalamansi Dressing
Never have I ever been on the verge of asking for seconds of a salad but the second dish in the menu (the star of the whole menu for me personally) is so gastronomical I found myself wondering if I could possibly get some more. The Crystal Ice Plant was crunchy in texture and produced a fresh aftertaste. Once more, the salad had no seasoning and it didn’t need to as the Crystal Ice Plant has microscopic crystals of salt on the underside of the plant which gives the salad the seasoning it needs. Tossed in Kalamansi dressing, the salad was one that awes the diner in terms of the skilled pairing in a simple dish. 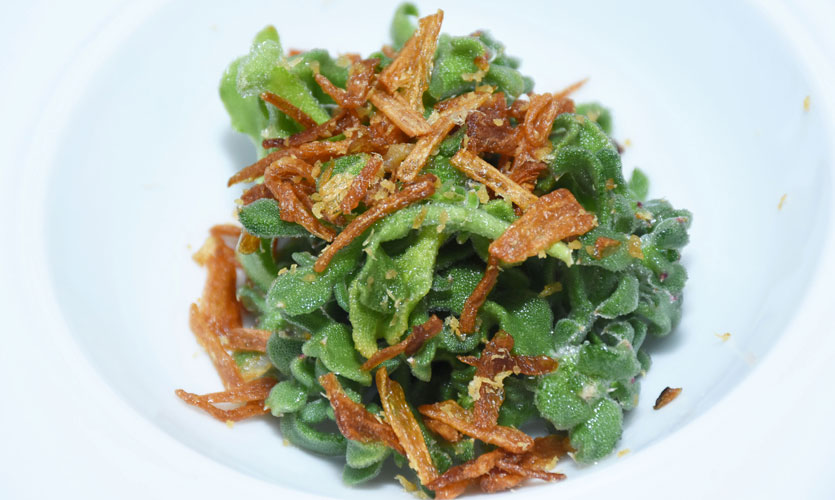 The Lobster Bisque embodied Chef Ken’s mantra of simplicity and minimalism and highlighted the quality seafood used in all his dishes. While many prefer to use animal stock, this Lobster Bisque was prepared together with a thick seafood based stock which really added a more refined flavour to the dish. 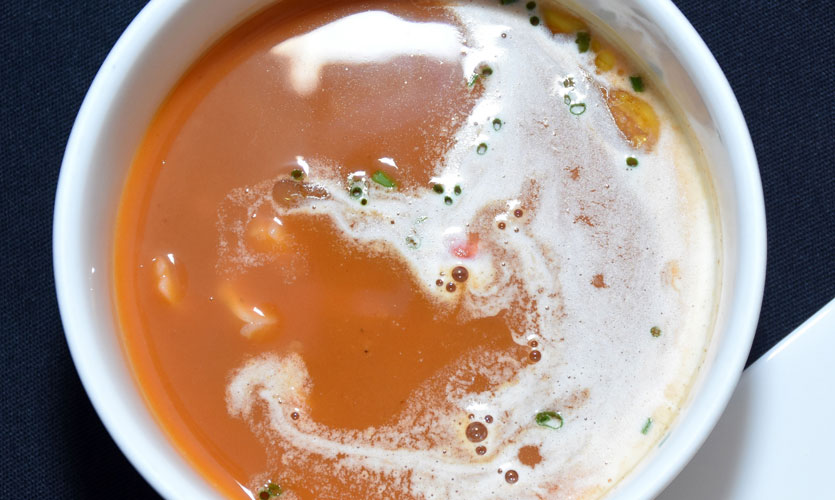 Grilled Lobster with Crème Fraiche on Buttered Toast
Titled the ‘Best in Singapore’ in 2014, the Naked Finn’s Lobster Roll is raved and praised by many and Chef Ken offered a taste of this famous dish in the 9 course menu in a slightly different manner. Instead of serving the lobster on a bun, the Lobster was served on buttered homemade toast. The dish was simple but it was the marriage of the grilled lobster and crème fraiche that made the dish a taste sensation. 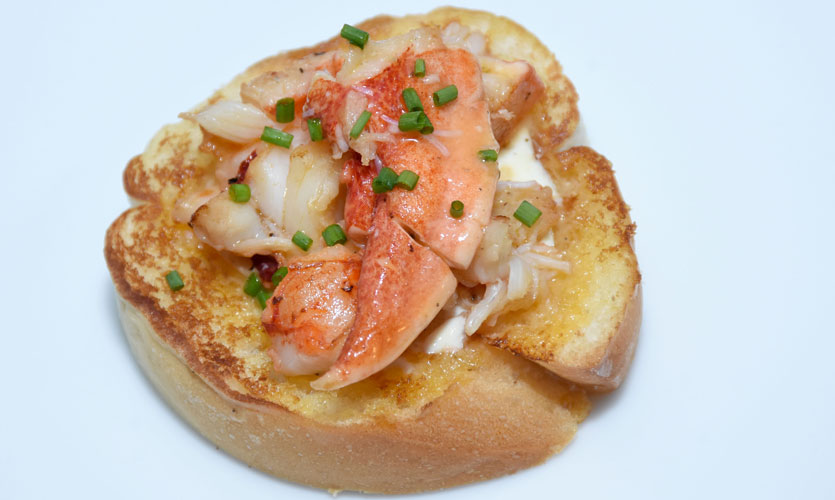 Pan Fried Barramundi Fillet
With fresh barramundi from Trincomalee, the barramundi was pan fried to achieve the perfect contrast; crispy skin on top and soft flesh in the middle simply falling off the bone. The crispy skin was flawless and served with a dash of sea salt, the dish was understated but sublime. 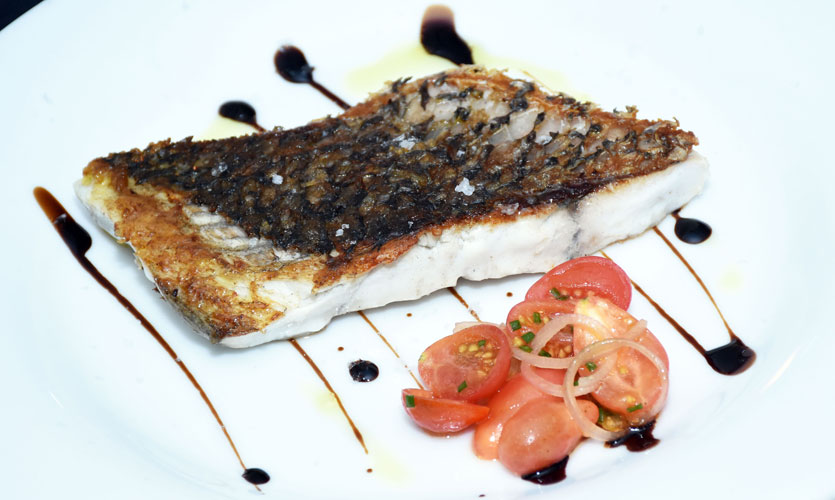 The courses were beautifully prepared and showed technique and expertise. The dining experience offered by CSC and The Naked Finn was one of a kind and was an absolute treat for seafood lovers. The Black Coral restaurant at the Jetwing Beach acted as the perfect location for this event as it is a restaurant known for its fine dining experience with its exceptional gourmet cuisine and elegant ambience. The service was truly exceptional and the efficiency of the staff contributed a lot towards the overall smooth running of the event allowing the diners to enjoy this experience without a hitch! The Colombo Supper Club will continue to offer its customers more of this unique experience and plans to host a grand Spanish affair in the coming months!