Vegetales: Dare to be a vegetarian

As a nouveau vegetarian, who decided the meat had to go from the diet, I would say that the journey to get there was no walk in the park! Since 2012, I’ve been contemplating this decision by weighing the pros and cons, posing numerous questions to vegans and vegetarians alike, prior to making one final push towards a new me! 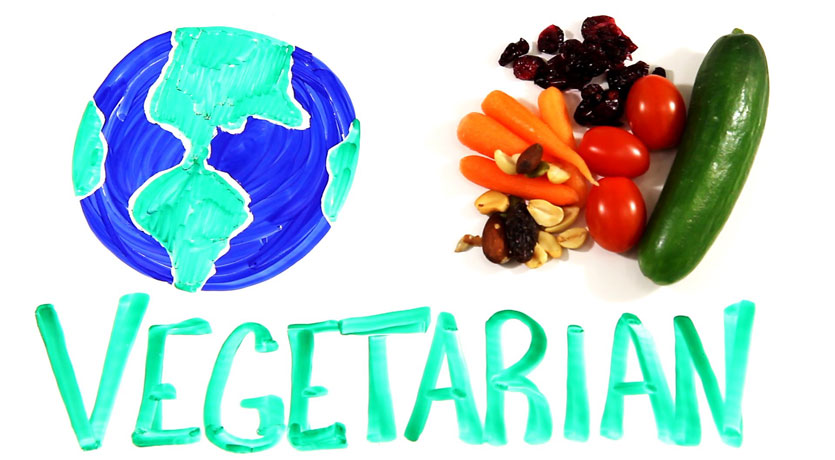 What are some of the main reasons to make the choice?

There are many reasons one could opt to be a vegetarian; it could range from a love for animals which suddenly takes on a more personal level to taking a stance towards being more health conscious, needing a change in lifestyle or it could simply be religious.

For yours truly, it was the love for animals that finally drove the point home. I only wished to contribute to their wellbeing and stop inflicting more pain to their dreary lives. I cannot deny the fact that a change of lifestyle was also ingrained into my resolve to finally be a vegetarian after years of contemplating. The many setbacks I faced were the doubts regarding the availability of appetizing meals and supplementing my protein intake, but once I made the decision to be a vegetarian, I came across a host of scrumptious dishes made specially for me. My favourite dish was the batter fried devilled mushroom dish which comprised of a flavourful succulent array of mushrooms deep fried in salted batter and spiced up or ‘devilled’ in the vernacular. Indian restaurants are a firm favourite, mainly for its vegetarian flair. The Diyatha food outlets that have mushroomed across the island along with the lorries serving the herbal porridges are a delight for us non-meat eaters as it leaves us spoilt for choice. On a recent visit to Vavuniya, I was taken to a vegetarian breakfast buffet situated next to the central bus station, which was fresh as it comes; from the appams to pittu, mushroom soup, kurakkan patties, herbal porridge and so much more, it was heavenly to say the least and I basked in the glorious spread on offer, which was so cheap in comparison to Colombo’s sky high rates. 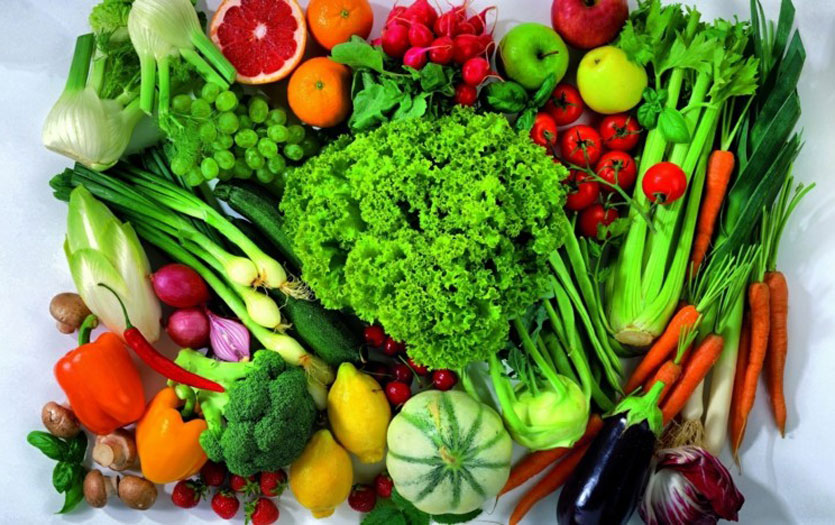 Confessions of those who took the plunge into vegetarianism

Unlike being a vegetarian from birth, the journey towards becoming one had taken many self-confessed vegetarians months or even years and I would like to share two such testimonies.

Kumar De Silva: A picture says a thousand words and Kumar De Silva’s profile picture on his Facebook page of him with a wine glass and a caption highlighting the fact that he was a vegetarian was reason enough for me to call him up and get the story behind his gastronomic preference.

“I’m a vegetarian NOT for any religious reason but purely to challenge myself to not eat meat (and that includes seafood too). When I see it in front of me and when its aromas whiff into my nostrils, the temptation is very great and therein lies the challenge. Red wine on the other hand (conveniently) is medicinal to me after my heart surgery.... Voila!” So, there you have it on a platter (excuse the pun, since we are on the topic of food)

Nadeeshani Lenawa: A young lass who decided to omit the meat from her diet gave her perspective;

“It was not that hard for me as it was a gradual process. I Initially eliminated chicken from my diet, mainly due to a documentary I witnessed about chickens being slaughtered. It was horrendous and I dared not eat chicken thereafter. Yet, I continued to eat fish and eggs until I gradually weaned myself off that as I purely loathed the idea of having an animal killed for my sake irrespective of size or form.

I personally feel that good intentions and purpose are merely a prerequisite to this journey and one needs motivation to embark on and stay focused on it. I have seen many who are determined and true to form end up as vegetarians but the slightest challenge is sufficient to toss it out the window. Similarly, there are those who strongly oppose meat eating even in the sight of death; for instance, the Chief Priest of the Malwatta temple was diagnosed with cancer about 15-20 years back...he was a vegetarian at that time too and the doctors advised him to consume mutton or lamb but his response was “I do not wish to live having a grave yard inside me....” One may think his words are too harsh but each person’s perspective matters when making the crucial choice and remaining true to conviction.”

Then there are those who choose the big V for religious reasons; For Christians, the Bible holds sway and the original diet (as mentioned in the holy book) in the garden of Eden was purely vegetarian consisting of fruits, nuts, grains, legumes, and herbs. Further, they believe that God as the Designer and Creator knows what’s best for the system, which would primarily be a vegan based meal. The Buddhists however, believe in the philosophy that all forms of life are precious and so do the Hindus, which is reason enough for some of them to be pro-veg.

Further, I wish to share a strange little anecdote of an African lioness named ‘Little Tyke.’ This strange ‘pet’ was raised by Georges and Margeret Westbeau in America. At first the cub refused meat and the couple who were alarmed by reports that lions cannot survive without meat went to great lengths to include meat in her diet. They tried various methods but they simply could not convince her to include meat in any form in her diet. The desperate duo, gave in to treachery by including drops of blood into her milk but she looked at it with disdain. After many unsuccessful attempts at cajoling their stubborn pet, the Westbeaus gave into her preference by supplementing her daily diet with cooked grain, raw eggs and milk.  The young cub grew into a healthy lioness and a young visitor to their ranch quelled their fears by directing them to a passage in the bible; Genesis 1:30, and you will get your answer.

Television footage and newspaper photos of Little Tyke also moved many people, such as one who wrote, ‘Nothing has made me happier than your picture of the lion and the lamb.’

The queer lioness was given heavy rubber boots to chew on in order to condition her gums as she turned her nose in distaste when offered bones! She lived from 1946 to 1955.

One cannot assume a holier-than-thou attitude merely by one’s choice in diet, surmise it to say, it is purely a matter of personal choice and not a moral indicator of good or bad nor is it something to gloat about. However, I must confess that I, myself feel much lighter physically and mentally, so I assume that a meatless diet does play a pivotal role in feeling energized. 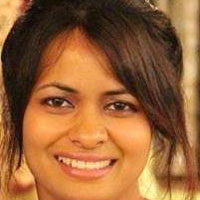 Rochelle Palipane Gunaratne is a freelance journalist who enjoys relating stories through her articles as she believes that words create a powerful image in one's mind. 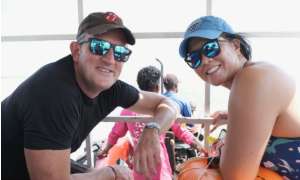