A colourful memory of an astronaut she spotted in a magazine at the age of seven inspired Kavindi De Silva to learn more about space. Overcoming many hurdles, both personal as well as social, she graduated from the International Space University and currently works as the Global Events Lead at Space Hero Ltd., Her ultimate goal is to become the first Sri Lankan astronaut to help terraform Mars while working on a project to train and send the first global citizen on a seven day trip to space. Speaking to Women at Work, De Silva shared her inspirations, lapses in the Sri Lankan education system in relation to advanced subjects like space, opportunities provided by her company for global citizens, and future aspirations. 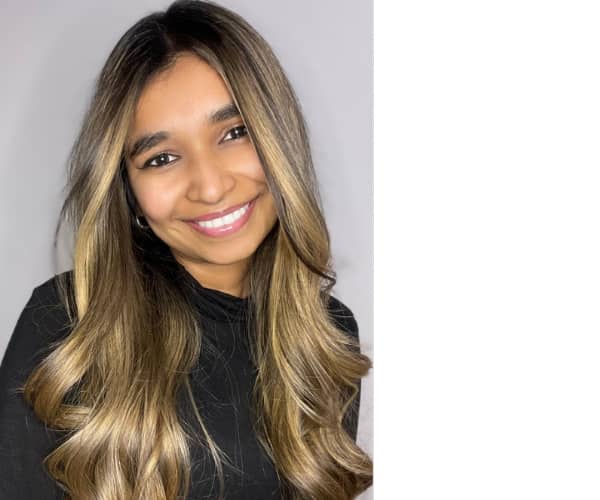 Q    What inspired you to study space?
I remember walking into a library at the age of six or seven while I was in Germany and came across a magazine that had a picture of an astronaut. At that time Buddhism wasn’t in the German curriculum and it was restricted to Christianity and Catholicism. Therefore my parents didn’t want me to attend these classes. But at that time I had no idea about what space was. But this picture intrigued me. The first thing I did was ask questions about the picture from the librarian and bombarded her with questions. But I was not in a position to comprehend her responses but the curiosity and the interest in finding out more led me to write to this magazine, requesting a copy. So from that age onwards, I wanted to know more about space. Thereafter I formulated my path toward Astronomy.

Q    The Sri Lankan education system doesn’t accommodate such advanced subjects. How did you achieve your goals thereafter?
After my parents moved back to Sri Lanka a lot of things were closed to me. I always heard remarks like why don’t you become a lawyer or a doctor. It was always something out there but I wanted to do something that was not out there. During my primary and secondary school days, I was looking for ways to be connected to space. A lot of schools in Colombo have Astronomy Associations and clubs and they held quiz competitions and so forth. Our school didn’t have it but we couldn’t have a club with just one person in it. Thereafter I decided to take the initiative to start a club and give an opportunity to others. I always liked to create things, organise events and engage in extracurricular activities.  That made me initiate the Astronomy Club in our school and open up many opportunities for me and others who were interested to study space.

Even though I wanted to become an astronaut or do astrophysics since that was what was close to Sri Lanka, it was quite a far-fetched dream. A Master’s specialization for example meant good grades in mathematics or physical sciences and one having to be a top-notch student. I, therefore, continued to search for information online, and with a little bit of convincing my parents and those around me, I found pathways from private educational institutes that helped me to achieve my dreams and take the next step. Thereafter I was able to do my degree in Astronomy and Physics. That was my dream come true and I was quite fortunate to work with a Nobel laureate who was doing research on dark matter and I was able to do my research on stellar evolution and related subjects.

Q    Tell us about your experience at the International Space University?
So, unfortunately, due to several reasons I had to come back to Sri Lanka and that got me back to square one. However, it didn’t stop me and I shifted my education to International Business and Communication. I understood that even if I had big dreams people didn’t understand them. If your support system doesn’t understand and support you, you feel discouraged and demotivated. I consider myself a self-motivated person but still there were times that I felt like this is the end and considered becoming a teacher or changing my career. Although I loved to teach and engage in other careers it wasn’t enough for me. Then I started looking for other opportunities abroad, in other companies related to space, and astronomy and came across the International Space University.

The existence of a Space University itself was out of this world for me. But with my mentors who were there at the time and my friends who encouraged me to go for it and get in touch with the university, I was able to gain entry. I got selected for one of their programmes in Australia and that opened up a lot of information and opportunities for me. I realized that space is not just astronomy. It is not just about stars and galaxies. Since I did my second undergraduate studies in International Business it taught me that there’s a possibility to combine astronomy and space with business and that you can come up with solutions for countries like Sri Lanka! 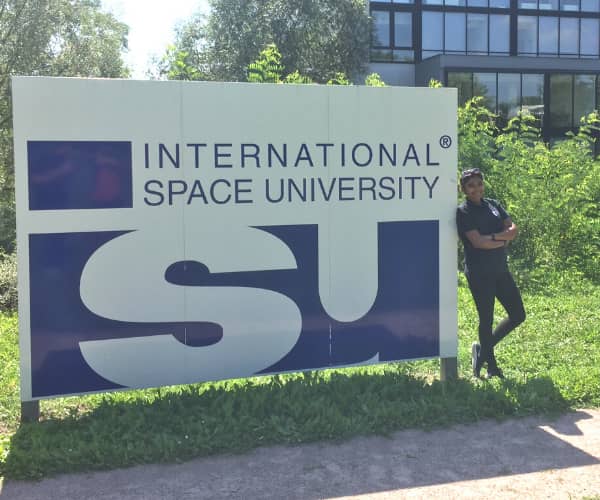 Q    What are these solutions?
In fact, we could use space applications, integrate space-related technologies with Earth and solve a lot of problems. There’s around 70% of technologies that we use in the international space station that we haven’t used on Earth. Space technology is such a vast league and you can solve a lot of other problems in between. Many developing countries and countries in the Southern hemisphere do benefit from these technologies. We haven’t explored these technologies probably because we don’t have the resources or the foundation but that’s something that people like me can assist with.

Q    What are the projects you’re currently working on?
Right now I’m working on two main projects – one is with Space Hero, the company that I’m working at. The flagship project is a TV series competition that gives one person the opportunity to go to space. This is a competition where people train and compete in the form of astronaut training. It’s a global competition that is open to all countries. If you’re above 18 years which is the legal age to go to space and if you’re able to communicate in a basic level of English you can apply and be a part of this competition. The final step is that 24 finalists from 12 developing and 12 developed countries will compete against each other. The three finalists will receive training to go to space. The finalist wins a ticket worth USD 50 million to spend seven days in space.

I’m the Global Events Lead and we are at the last stage of gathering funds to get the company up and running. We have already received the support of 110 space organizations from around the world including 60 space agencies themselves, and we have a good following from the Middle East, Latin America, Africa and Asia. These are the regions we want to focus on and spread awareness about space and bring space resources back to Earth as we can resolve a lot of issues through space. This is a good opportunity for Sri Lanka because even though we don’t have the infrastructure there’s potential.  The space industry is growing exponentially and this opens a lot of opportunities for those interested in exploring space. I’m also working with the International Space University every other summer either in Europe or in Australia trying to familiarize space education in the region and the community.

Q    What challenges have you faced as a female engaged in this field?
This industry, in general, falls under the spectrum of science but we don’t see an equal representation of males and females. This is common in almost every industry and the space industry is not very different from that. Personally, I have never been discouraged or there has never been an instance where I felt alone in a room or felt I didn’t belong there since I am a female. The space industry seems to be or has the attitude of accepting anybody and everybody who wants to be part of this industry. General hurdles come from your own social and cultural limitations. For me, more than in the industry it was a challenge to make people understand that dreaming big is not something I should be scared of. I understood that the bigger the dreams the louder you need to speak. In the space industry, everybody is either talented or very much educated and sometimes you may feel underwhelmed, but once you have the mentality and right motivation, those things don’t matter anymore.

There are no specific criteria for one to enter the space industry. One could be a lawyer or a doctor and still get involved in this industry. You can start a business and connect it to a space or satellite application. You can be an astrobiologist. If you’re a civil engineer, in the next few years you can be an inter-planetary space engineer where basically you’re doing constructions in space. If you’re an Asian and you’re interested in space, you don’t have to cross two continents to learn about space.

If a Sri Lankan is looking at studying space in close proximity to their homeland, they can opt for India. The country next to you has enough resources. You don’t need to have a background in space. You don’t need to be Albert Einstein or some smart person to solve all equations in the world. People who have zero experience in space or science have achieved much more than they have even dreamt of. Irrespective of being a male or a female you need to have the drive and the motivation to do so. It’s difficult when you’re from different backgrounds, but as a female, I had to overcome a lot of challenges from a country or regional level than from an industry level. I also want people to understand that irrespective of gender the pressure is the same. If you’re a girl, especially in a developing country or society there are cultural limitations for you.

Q    The most satisfying part about your career?
This is a global challenge to overcome but the bigger picture is what excites me. It’s not just about me going to space but taking people with me. Letting people know or teaching people that even though we’re born on earth it doesn’t mean we can’t leave earth or create life on another planet. The most exciting part about this mission is to be able to go to Mars and terraform Mars into a living atmosphere so that people could live similarly to how they live on Earth. This takes a lot of science, knowledge, and resources to do but we are almost there and there are companies that have already planned this out and maybe some companies have selected who are going on these missions already. Training too is available. This motivated me because as a species we can take what we have on earth to another planet. 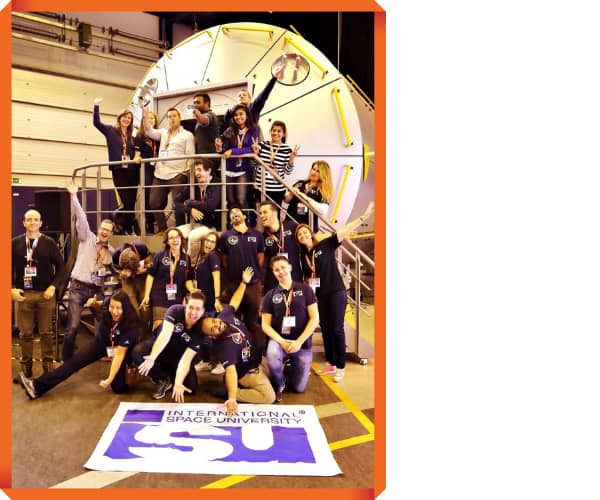 Q    Future aspirations..?
To do something for my region, community, and country that would elevate the education system, economy, and environment. Environment because sustainability is one important aspect of space. I want people to realize that they too can go to space and I’m working towards achieving these short-term and long-term goals.