Anoma Peiris: Rethinking History Through A Study of Space and Place

At the age of seventeen, in 1983, Anoma Peiris observed people she had previously seen playing cricket run holdings sticks and petrol cans to set houses on fire. The violence only escalated through uprisings and bombs after that. 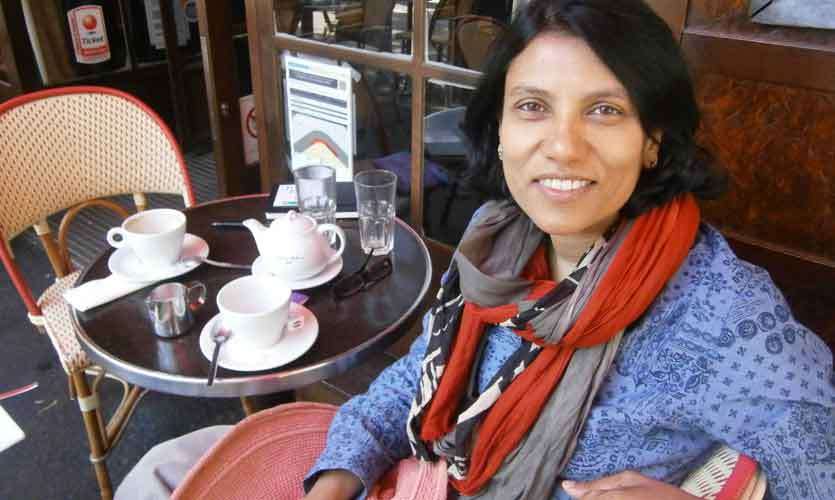 “I had never thought of people as purely ‘ethnic’ – they [had been] friends, neighbours and colleagues”

Anoma says of the ethnic violence she had seen enacted on people around her.

Black July is cited as the start of the Sri Lankan Civil War that concluded after nearly 26 years on 18th May 2009. Perhaps the darkest day in modern Sri Lankan history, Sinhalese mobs targeted and killed Tamil civilians.

The riots resulted in the destruction of 8000 homes and 5000 shops; and 150,000 people faced homelessness. It cost the country $300 million at the time. The violence only escalated and transformed into uprisings and explosions, and ethnic identity clouded all other social relationships.

Up to a million Tamils flocked to countries in North America, Europe and Australia seeking refuge from the violence and discrimination they faced.

War continues to haunt many Sri Lankans, particularly those like Anoma that reached adulthood during it.
Anoma is a professor at the University of Melbourne’s Faculty of Architecture, Building and Planning.

She has also authored several books such as Architecture and Nationalism in Sri Lanka: The Trouser Under the Cloth and Hidden Hands and Divided Landscape: a Penal History of Singapore’s Plural Society.

There have been limited academic studies penned by Sri Lankans on the spatial impacts of the Sri Lankan Civil War or the post-War period.

Anoma’s book Sovereignty, Space and Civil War in Sri Lanka: Porous Nation is a rarity because it departs from scholarly efforts at examining ethnicity and religion by advocating a de-ethnicised approach to the prominent racialised narrative.

“We became increasingly ethnic-minded [in Sri Lanka], linking ethnicity to government, territory, entitlements and more. Ethnicity became the basis for being given or denied opportunities”.

Linking structural changes from a pro-socialist to a marketised economy as one cause for social upheaval, Anoma examined the Civil War’s impact on the occupation of familiar spaces.

“The inequitable distribution of new opportunities and resources….prompted various forms of social conflict including the insurgency, the separatist struggle and Civil War”

she says in her article for the Asian Studies Association of Australia.

She admits that her perspective has its limitation. She is ethnically Sinhalese and her understanding of the oppression faced by Tamils is limited.

The book is divided into three main sections. Normative Spaces examines the disruption of idealised spaces such as nation and home by social conflict. Human Mobilities along arterial routes, in camps to tourism sites are explored in the next section. Exile looks at loss and recovery, focusing on the place making practices of displaced populations; the Tamil diaspora: and the architectural solutions for settling IDPs.

Writing the book changed Anoma’s understanding of her identity as a Sri Lankan:

“I shifted from being insulated by Sri Lankan notions of territory and sovereignty to a perspective on how these were responses to regional, even global transformations”.

It has become increasingly important to study the Civil War that is critical and comparative to stop the recurrence of conflict.

Though the country has experienced a period of relative peace since 2009, in February 2018 a series of anti-Muslim riots occurred in Ampara and Kandy. The government called a “state of emergency and enlisted the Sri Lankan armed forces to help the police in violent areas.

By the 9th of March, the situation had come under control but several people have been injured, 45 houses had been damaged and four religious sites had been attacked. The incident exposed the fraught state of ethnic tensions in the country.

“Cross-cultural empathy is difficult for those defending ethnic privileges”

Anoma says of the obstacles to reconciliation.

“We need to strengthen the many ties that bind us at an everyday level, outside ethnicity, and must make the compromises necessary to nurture them”.