A Sri Lankan born educator and melanoma researcher domiciled in the United States, Professor Ashani Weeraratna’s illustrious career recently reached yet another crescendo when she was named a Bloomberg Distinguished Professor at John Hopkins. This honour comes as no surprise - Professor Weeraratna has made a name for spearheading cancer research and for making numerous invaluable breakthroughs. She co authored a paper that ‘challenged some of the established beliefs about the signals that drive the spread of melanoma, the most dangerous form of skin cancer’ in 2002. In 2016, Professor Weeraratna and her lab were the first to look at the ‘role of aging microenvironments — the normal cells and structures surrounding a tumour - in driving metastasis’. Her numerous achievements notwithstanding, Professor Weeraratna is also an advocate for women in STEM, and uses her platform to voice her support for women’s issues. In an email interview with Women at Work, Professor Weeraratna shared her thoughts on her career, her achievements and on leaving behind a legacy. Below are excerpts of the interview.

Tell me a little bit about yourself; what was your life like growing up?

I had a very interesting childhood - my Dad, Gerry Weeraratna, was instrumental in the Royal Ceylon Airforce back in 1956, starting one of its regiments. Afterwards he became interested in management and consulting, and we moved to Africa when I was two. His job there was, in effect, to help countries deal with the after effects of colonisation- helping to minimise the impact of outgoing colonists on the infrastructure they had built in the countries they occupied. My brother and sister are a lot older than I am- they were in their teens when we moved, and they went to boarding school in the UK. So I was raised as an only child-almost. Growing up in Africa was amazing - we were exposed to so much, and it really shaped the way I think about and interact with people. For example, in the country where I lived the longest, Lesotho, the school I went to, Machabeng College, had about 400 kids and over 70 different nationalities. So you learned quickly to rid yourself of any prejudice, because people are just people at the end of the day, no matter where they come from. Despite this very international upbringing, my mum always maintained a very Sri Lankan household, in terms of the food we ate, the number of times a year we went home to Sri Lanka, and the friends around us. So despite not growing up there, whenever someone asks me, I say I’m Sri Lankan - in fact, I held only a Sri Lankan passport until three years ago!

Were you always inclined towards the science field or did you have different aspirations as a child?

Biology has been my great love all of my life. I remember a science project when I was 13 where I had to take some grass and dirt, pour in some water, and then watch a microcosm of bacteria evolve over time. My older sister, who was home at that time, would drive me in to check them on the weekends and complain about the smell of what she referred to as my “festering hay cultures”.  She still refers to my lab work as such these days, but jokingly and with much affection.

Your focus is melanoma research; any particular reason you were drawn to this?

My laboratory basically aims to understand what drives the aggressive nature of tumours, and what makes them spread around the body, and learn to resist therapy. Tumours are so tricky- for example if you give them a drug, they will build a pump on their surface to pump it out. Often people say, why haven’t you cured cancer yet, and I respond, spend one day with me in the lab, and you will understand. Our specific goal is to really understand how the tumour talks to the normal cells around it in order to become more aggressive, and to understand how those conversations change with age. We are interested in age, because most cancers occur after the age of 50, and mortality is worse for older patients- by 2050, more than a quarter of our population will be over the age of 50, making this a global health problem.  We see that a lot of the normal changes that occur with age end up setting the stage for tumour cells to become more aggressive. Melanoma is a cancer that is particularly vulnerable to the ravages of aging, and so it has been a great model with which to study these interactions.

You were recently named a Bloomberg Distinguished Professor at John Hopkins. Tell me about that.

This was a HUGE honour for me- I honestly still can’t believe it. Michael Bloomberg, a philanthropist in New York, gave money to Hopkins to create 50 professorships in all disciplines, astrophysics, social sciences, and so on, for people who are high achievers in their field. When Hopkins asked me if would consider coming on board as a BDP, I was blown away. The intention of the BDP is to bridge different disciplines, and pioneer new fields of thought, and I’m so excited to be a part of it.

I noticed that you regularly use your platform to advocate for not only women in STEM, but for women in general as well. This is in addition to you advocating for melanoma awareness...

Yes, it’s incredibly important. As a woman, and specifically a brown woman in STEM, I have personally faced plenty of conscious and unconscious bias. I want to make things better for the next generation of women, so that they are not judged by anything other than the quality of their science. And for women in general, the amount of misogyny and hate that exists is truly mind boggling, and I hope that through conversations, and raising awareness we can start to move towards a more equitable world for ourselves, and our daughters, and all who come after us.

What is your opinion on women in science in particular? Do you think there has been a positive response in terms of how many women pursue careers as scientists?

There certainly has been a dramatic increase over the years of women who go INTO the pipeline. Now our problem comes in retaining those women over increasing academic rank. We are slowly breaking down barriers at the leadership levels, and my hope is that in a few years time as many women who go into science, remain there at rates equivalent to men.

How have you managed to successfully balance work and family life?

As you know, many women are forced to give up their successful careers, stay home, and take care of children because that's a "woman's job"...
I’m extremely lucky to be married to a man who is a staunch feminist and doesn’t believe that. And to be honest I would not have married a man who did believe those things. My husband and I are equal partners in the family gig, and given the craziness of my schedule these days, he’s shouldering far more of the burden. I think you have to accept it’s a temporal thing- when my daughter was a baby she needed me more, so I was “on” more, but my husband then took care of the house and the laundry, etc. Now that I am more crazed at work, he’s the emergency contact. A funny story is that one time she snapped a bracket on her braces while he was out of town, and I had no idea where her dentist’s office was, and when we showed up the dentist turned to my daughter and said incredulously “You have a mom?!” I know that probably should have filled me with guilt, but instead I was proud of my husband, and happy that he makes it so easy to share the burdens of home and child. My daughter too tells me all the time how proud she is that I do what I do, and that it inspires her, even though I’m sure that there are days she wishes I was a stay at home mom- we both have those days!! I do realise that I’m very, very lucky to have such an amazingly supportive husband and child. 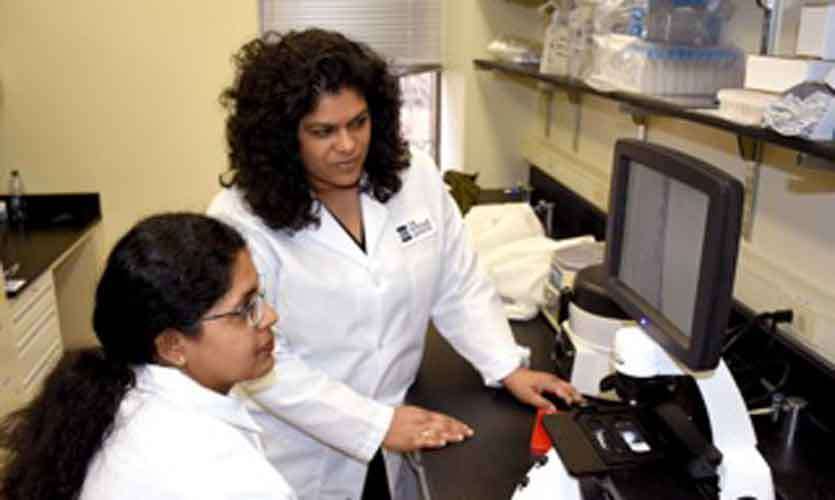 While more and more women are shattering glass ceilings, what do you think is the biggest obstacle they face?

I think it is unconscious bias. Whereas the conscious biases are starting to be addressed through institutional policies, the unconscious biases prevail. And stupid things, like men constantly interrupting women, or women’s ideas not being taken seriously until they are parroted through a man’s lips, while seemingly trivial contribute to a culture of “death by a 1000 cuts.” I find that so many male colleagues are shocked to hear our stories of harassment, or bias, because it has never happened to them, and they have never noticed it. To their credit, once they start to think about these things, they are often great allies, and I’m very grateful for that.

What kind of legacy do you hope to leave behind?

That’s easy- I want to leave behind a legacy of equity and kindness. I believe so many of these issues can be resolved by just being kind to one another. Life is hard enough without everyone around you waiting to tear you down. Being kind costs you so very little and brings so much to those around you. Also I’d love to see people not tan, wear their sunscreen, and seek shade whenever possible