Chiranthi Senanayake is a youth empowerment advocate whose work within the Sri Lankan community gained recognition at the 2020 Diana Awards. The Diana Award was established back in 1999 in continuation of Princess Diana’s legacy to recognise the youth that is going above and beyond to help their local communities. 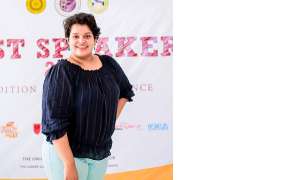 Among 100’s of awardees in this year’s honour roll, Chiranthi is the only Sri Lankan to have won The Diana Award following her exceptional social work in our community.  Having over a decade’s worth of experience in volunteering and social work, Chiranthi is also the Founder and President of Hype Sri Lanka as well as the Young Legal Professionals Association of Sri Lanka. She has represented Sri Lanka as a United Nations Youth Delegate and has participated in several international forums such as the Commonwealth Youth Conference and has organized bi-lateral youth dialogues covering contemporary youth issues such as unemployment and youth radicalisation. Chiranthi recently took her oaths as an Attorney at Law and was awarded the Chevening Scholarship to do her Masters in the United Kingdom. We talk to Chiranthi about her community work and The Diana Award. 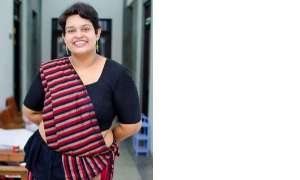 1. Tell us a little about the Diana Award?
The Diana Award is one of the most prestigious accolades presented to a young changemaker between the age of 9 and 25 years. It is awarded in memory of Princess Diana, Princess of Wales who vehemently believed that young people can change the world. To receive the award, you must be nominated by a representative of an organization who is aware of the work you have been doing to improve the community. The main criteria to determine suitability to receive the award is an unstinted commitment to uplift the lives of others through community service. There is no particular area of advocacy or activism in which The Diana Award is presented which makes it an inclusive award.
2. As the only Sri Lankan to have won the Dianna Award in 2020 – how did it make you feel?
Winning The Diana Award was completely thrilling! I have been passionate about youth empowerment for the past ten years since my first volunteering experience in 2009. To be recognized for it is truly humbling. What was also an absolute honour is to represent Sri Lanka in this award ceremony. I was the only Sri Lankan to be awarded The Diana Award this year. Other nations had several recipients. For example, India had twenty-three award winners whilst Bangladesh had six. So, I would like to invite any young change maker from Sri Lanka who is reading this article to apply for the 2021 Diana Award which is currently open. 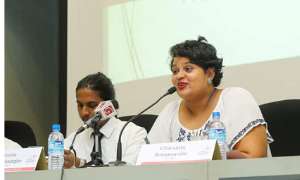 3. The Diana Award works on a nomination basis. What was your nomination process like?
The nomination process is quite simple and straight forward. I was nominated by Mr. Viraj Mendis who is the Former Administrative Head of The Sri Lanka Anti-Narcotics Association, where I served as a Projects and Programme Officer in 2015. I am extremely thankful to him for the nomination. Once The Diana Award opens nominations the nominator has to fill out a detailed form which requests information about the nominees work and experience. Once the nomination has been submitted, a panel of judges composed of young leaders will decide who is eligible for the award. This is also a unique factor about The Diana Award. The fact that experienced young changemakers who understand the difficulties associated with community service are determining the suitability of the applicants to receive The Diana Award for their commitment to making the world a better place. 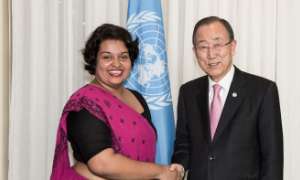 4. You’ve been involved in community work from a young age. What started your passion for it?
My journey as a volunteer began in 2009 when I travelled to a rehabilitation centre in Mullativu, as a part of a student group who worked with the Sri Lankan Army to conduct self-development workshops for former LTTE female soldiers. Their experiences of war and destruction fuelled my passion for youth empowerment and since then I have been working as a youth empowerment advocate with a niche focus on youth empowerment incubation.
I have served as a volunteer for various youth volunteer movements such as V Force and One World Volunteers. In recognition of my community service I was appointed as the United Nations Youth Delegate of 2016 to represent Sri Lanka at the Third General Assembly Session held at the UN Head Quarters in New York, where I delivered the Youth Statement on behalf of the 04 million youth population of Sri Lanka. This opportunity allowed me to further my role as a Youth Diplomat for Sri Lanka: growing from my representation at the South Asian Youth Conference 2015 which was held in Colombo, Sri Lanka. I was also a member of the Official Youth Delegation from Sri Lanka to the Commonwealth Youth Conference 2018 which was held in London.
In this capacity, I worked closely with the National Youth Services Council and The Ministry of National Policies and Economic Affairs as a Youth Focal Point. I was appointed to lead The Task Force on Formulating a Youth Policy for Sri Lanka in 2018. The work with the public authorities overseeing youth development in the country aided me to realize the need for greater youth involvement in top-level youth empowerment processes and for the streamlining of the youth empowerment system of Sri Lanka.  Additionally, I have served as the Global Ambassador for Sri Lanka for Youth Opportunities. I have also been appointed as a Women Deliver Young Leader of 2020. 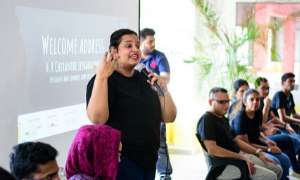 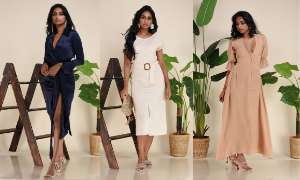 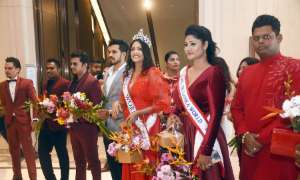 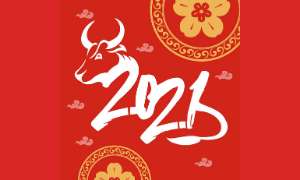