Also known as the spiritual capital of India, Varanasi is a city in the northern Indian state of Uttar Pradesh. The city draws in many Hindu pilgrims who bathe in the Ganges River’s sacred waters and perform funeral rights. As the city is surrounded by the holy Ganges, it’s setting is quite beautiful especially during major celebrations such as the Kumbh Mela. During a visit to Varanasi, visitors always take a morning or an evening boat ride to catch a glimpse of many rituals that happen on its ghats. 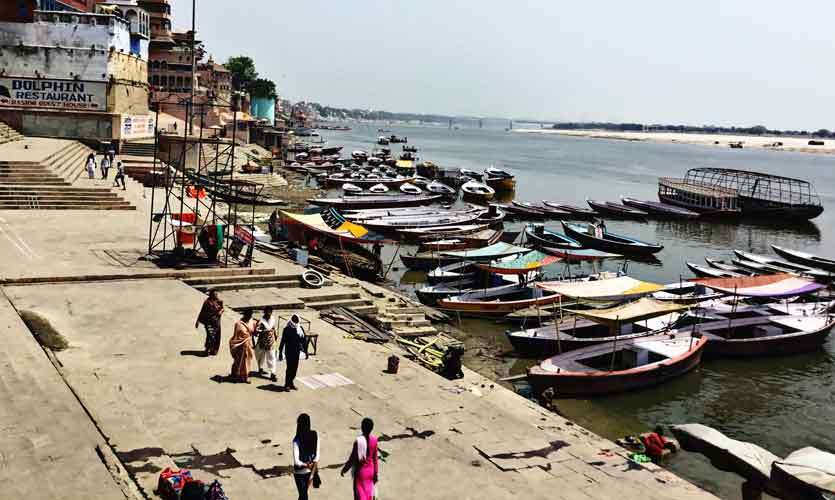 Ghats are riverfront steps that lead to the Ganges River. They symbolically represent the five diverse elements that constitute the human body. The city has 88 of them where most of them are used for bathing or puja ceremonies while the Manikarnika and Harischandra Ghats are exclusively used as cremation sites. Most ghats in Varanasi dates back to 1700 AD when the city was a part of the Maratha Empire. In Hindu tradition, cremation is one of the rites of passage and the Ghats of Varanasi are considered as auspicious locations for this ritual. It is said that Death in Kashi or Varanasi is a blessing for a devout. 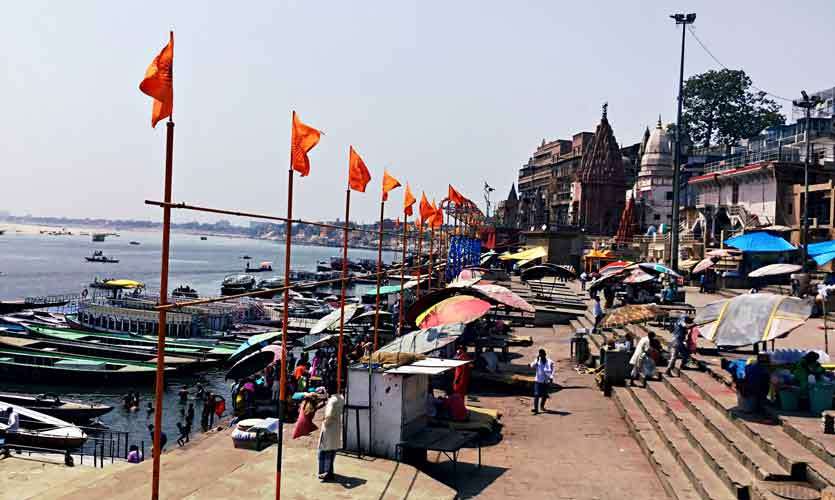 During a recent visit to Varanasi, the Daily Mirror Life visited the Dashashwamedh Ghat which is also the main Ghat in the city. It is located close to the Kashi Vishwanath Temple and offers a spectacular view of the Ganges. At this ghat, groups of priests perform Agni Poona (worship of Fire) in the evenings.

This is one of the holiest Shiva temples and is located on the western bank of the Ganges River. The original Vishwanath Temple was destroyed back in 1194 CE and it was rebuilt by a Gujarati merchant. The current structure was built on an adjacent site by a Maratha ruler. The Temple stands at the heart of the Varanasi city and is approachable only by foot or by rickshaw. Since the Temple is under high security surveillance, devotees are not allowed to take in any electronic item. The entrance to the Temple is via a narrow gully also known as the Vishwanatha Galli decorated with tiny shops selling various items on either sides. A 10 minute walk through the crowd will bring you to a long queue of devotees waiting to offer flowers and prasadam to the respective deities. 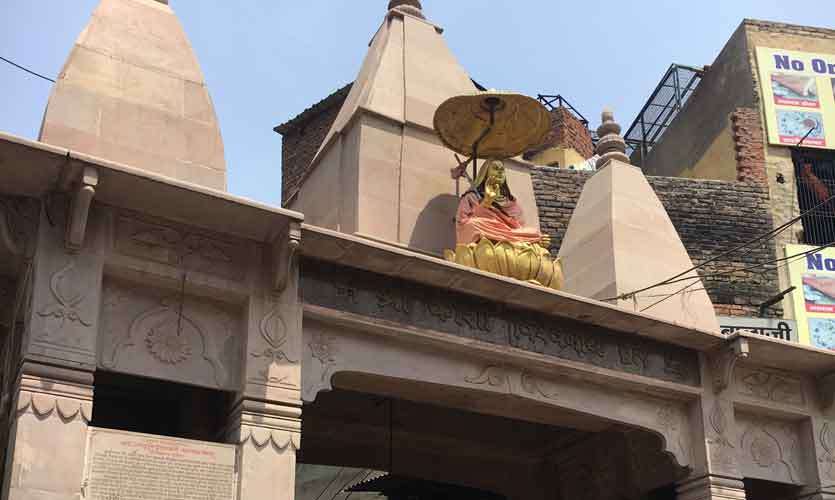 Devotees are seen chanting holy scripts on their way towards the Temple. The Temple consists of a series of smaller shrines of other gods. The Temple receives around 3000 visitors daily and what is quite noteworthy about the Temple is its 15.5 meter high gold spire and gold dome. There three domes which are made entirely of pure gold.

Sarnath is an important destination for Buddhists from around the world. It was here that Buddha preached His first sermon, the Dhammacakkapavattana Sutta. 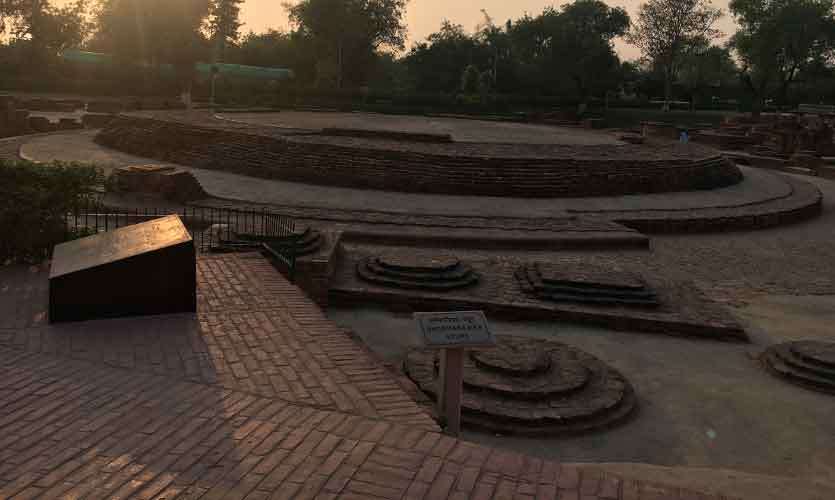 At the Archeological site, visitors can catch a glimpse of many religiously important ruins which have been preserved to date. Amongst these are the ruins of the first Mulagandha Kuti Vihara where he spent the first rainy season. Another important site is the Deer Park which surrounds the rear of this highly venerated site. To date, visitors could catch a glimpse of deer, peahen and peacocks roaming around in this jungle area. What is quite significant about the deer is that it is believed that they carry the lineage of the species that existed during the times of Buddha. Therefore they are being given alms and are well taken care of. 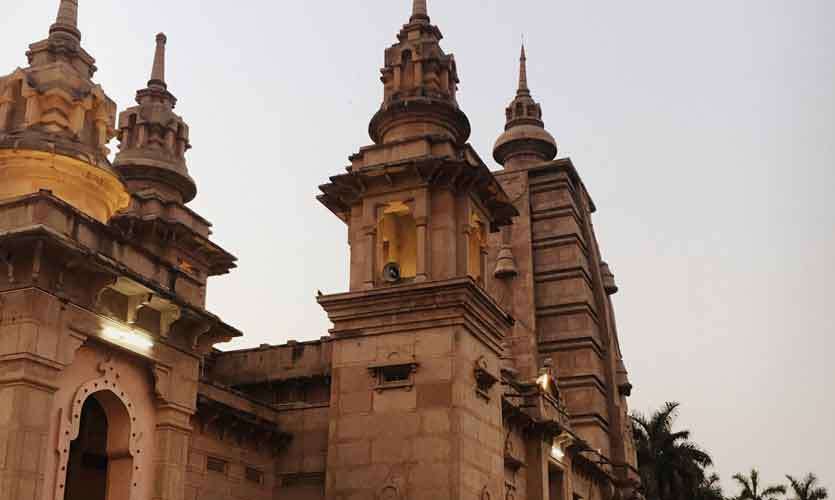 Other stupas including the Dhammika Stupa and the Ashoka Pillar too are of significant importance in the history of Buddhism and Sarnath. When one visits Sarnath they cannot for once forget the Herculean task carried out by Anagarika Dharmapala to protect these Buddhist sites from attacks by minority extremists. 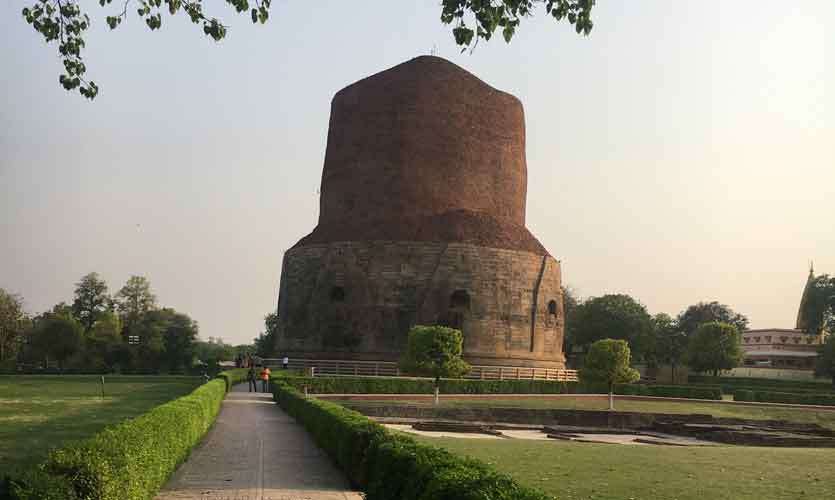 Varanasi is in fact an underdeveloped town with a number of devotees who visit these temple sites daily to seek blessings. It is also a must stop for ladies if you want to purchase some elegant-looking Benares sarees.