A Letter from the Galle Fort

Day two of our Galle trip was a 9 AM bus ride to the Galle Fort.  We met up with Shehan and Atheeq from Ceylon Soul for an exciting experience of mask painting at the Sithuvili store located on Leyn Baan Street. Before I forget, let me tell you a little bit about Ceylon Soul. 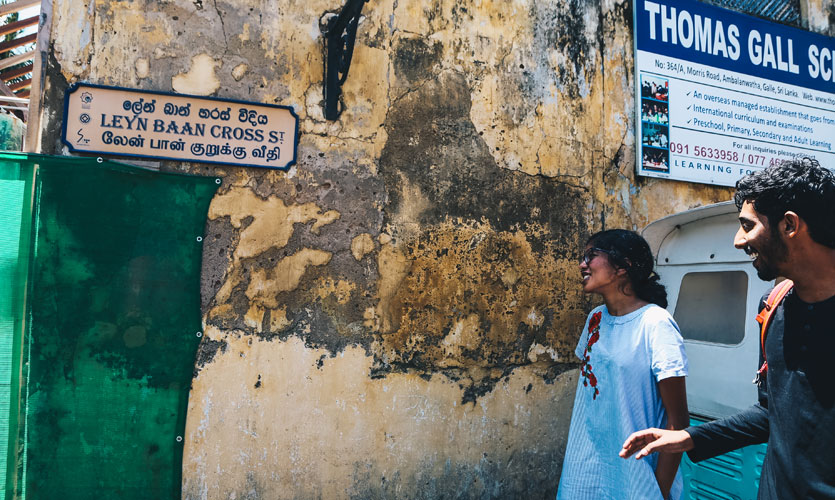 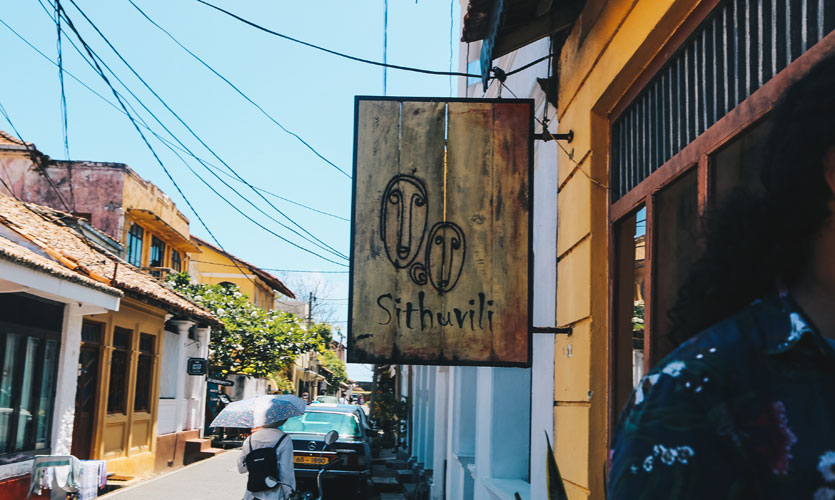 They offer personalised experiences such as ‘Farm to table, ‘Cook like a local’, ‘Ceylon gem stories’ and ‘Traditional mask painting.’ Instead of giving us the usual tour guide drill, they deliver a fresh, first hand, heart-to-heart experience with locals. With this, you can take a little bit of our heritage home. Atheeq and Shehan have taken immense effort in shaking off the dust collected on the centuries-old vocations and traditions to bring them to life again.

However, what we really feel is that Ceylon Soul is an expression, a letter of love towards the multicultural heritage that is in us and that which defines us. This is what they want to preserve and safeguard through these carefully curated experiences.

Sithuvili resembled my mind's image of a Sri Lankan wonderland. It held a profusion of culture and art. A hundred of masks and puppets filled one room while at the end of the small passage - which FYI contained an old tea leaf rolling blades the size of a round dining table, as well as a beautiful ‘meda-midula’. It had some beautiful masks, Sri Lankan puppets, a small fish pond and our workstation. 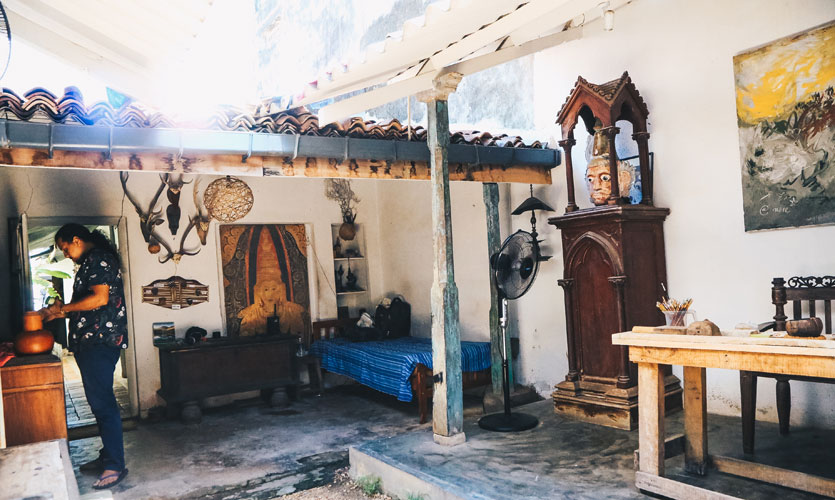 Panchali and I brushed up on our first-grade painting skills and painted away. Would you believe that all the paints were created using stone powders and plant extracts? Although my mask man was slightly cock-eyed and Panchali’s had a blue mustache, the experience was hard to draw away from. The painting was calming. We barely take time to immerse in pursuits that are remedial for our minds. 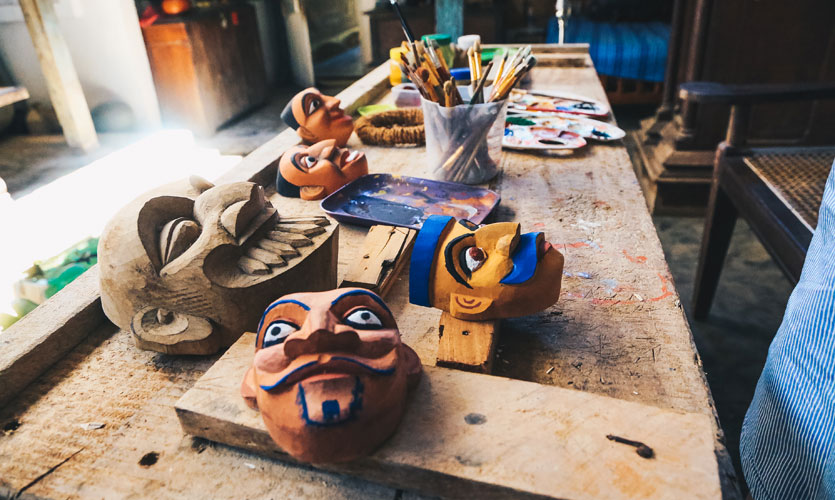 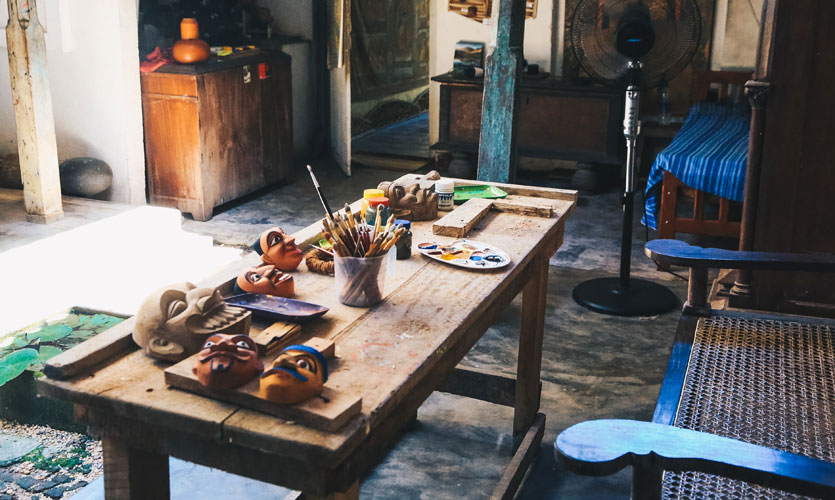 Atheeq got the golf cart ready to take us on a historical tour of the fort. I grabbed the front seat of the cart and embraced the only time I would probably get to sit on a golf cart. We stopped by a few places in the Fort and compared the view in front of our eyes to an old Portuguese/ Dutch map of the location.

Fun fact: The white tower in front of the church had its rooster missing from the turret! 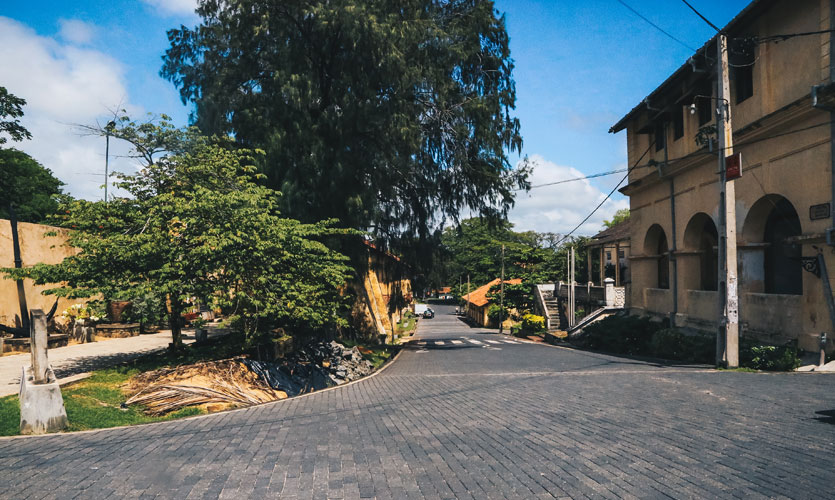 We made a small detour to the Black Fort. I didn’t know of this place until the boys mentioned it. This location depicted a shipwreck on the ground. It had glorious ruins. What lay ahead of us was a beautiful view of the Galle town, Rumassala jungle beach, and the massive blue ocean. A sight that gently taps your shoulder to remind you how blessed you are to be living.

It was mostly filled with ruins of the Bastian and the prison cells. Plus, the reason behind the name ‘Black Fort’ is quite debatable. Some say that it is named as such because of the thick curls of smoke that were emitted from guns and canons, while others attribute it to being a location where African slaves were held. What stunned me were the calls of the ocean that I could hear from underneath the sunless cell floor. The thrashing of the waves on to the rocks could be heard distinctly. It was astounding and slightly uneasy at the same time. 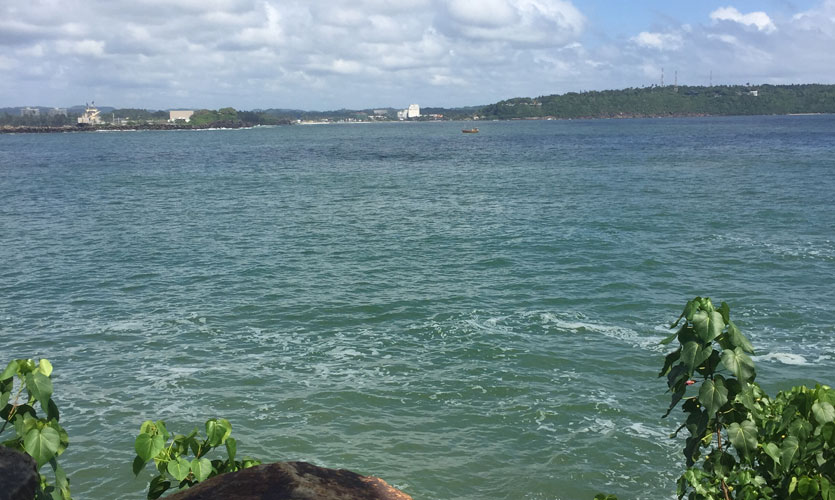 We strolled through an underground path to the forefront of this Fort. Right at the end of this tunnel was a rusty old barricade gate (which you can’t see) that used to be dropped from the top level of the fort. The architecture behind this place is nothing short of genius. The edge of the Fort wall gave us another view of the water that surrounded us.  Sparkling blue and massive, it felt like we were on a tower surrounded by only water. The slits on the wall allowed us to climb onto the ocean rocks below. If you climb further down, you can indulge in some fishing as well! 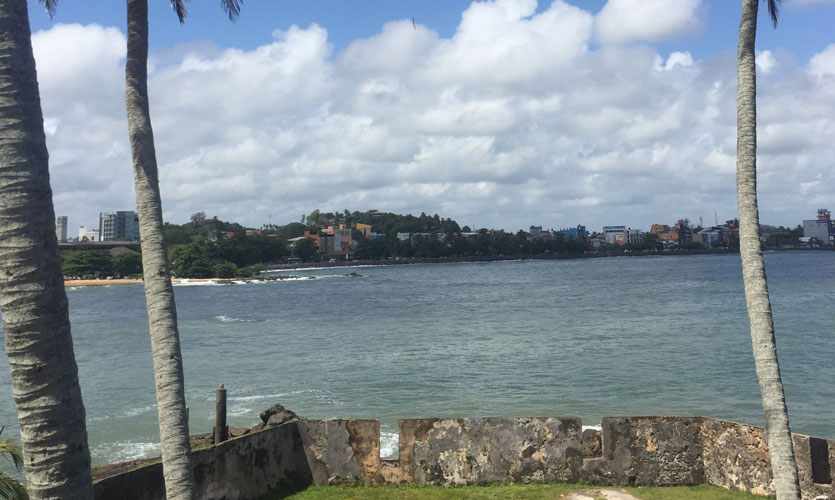 The bad news? Black Fort isn’t open to the public as it is where the senior DIG of the Southern Province resides. Special permission is required for visits. Sadly, we couldn’t even capture pictures of the Black Fort. You will have to put your imagination to good labour, my friend.

Next, we were chaperoned to the Historical Mansion Museum where the colonial artifacts that Mr.Gaffar, the private owner of the museum, had archived over a period of approximately 40 years. This restored Dutch House was shelved and stacked with VOC china, guns and swords, jewels, cameras and even an old Dutch well situated right at the centre of the courtyard which dates back to 1763. The number of items inside cannot be described, only witnessed. The museum’s highlight was its gem cutting/polishing, ‘beeralu’ lace weaving and other traditional craft practicing craftsmen and women. The entrance to the museum was free. 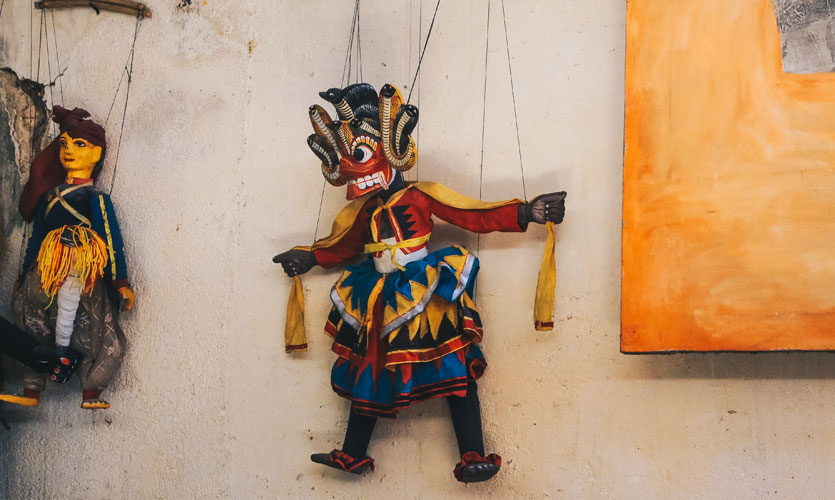 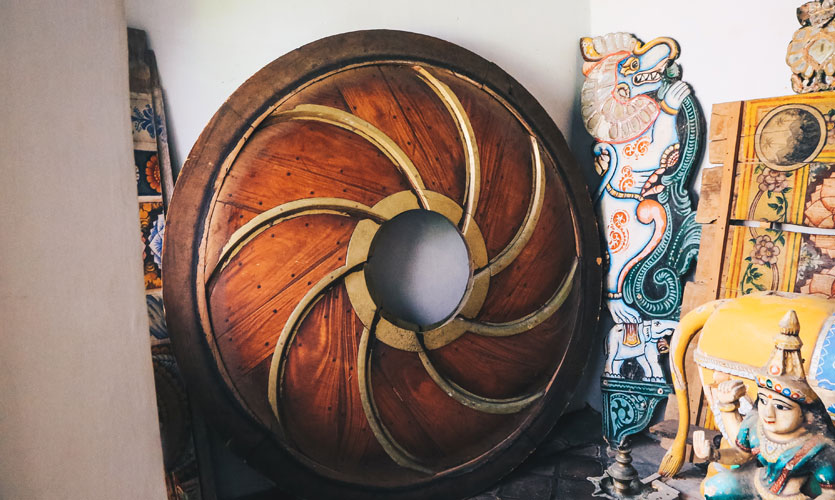 As the tour came to end, what threw up in colour was a revelation: this was different to our usual Galle escapes; all the more a recurring appreciation for Lanka’s history. Slowly very slowly, we then reached for a jug of iced tea keeping all worries and woes to one side.

Till our next escape,

P.S. This is how you can get in touch with Ceylon Soul- 60, Leyn Baan, Street Galle Fort, Galle. info@ceylonsoul.com, www.ceylonsoul.com,