‘The Line of Lanka’ by Sunela Jayewardene

With a history dating back to the times of Lord Buddha, Sri Lanka has been in the spotlight from time immemorial. While many myths and beliefs have woven the greater part of its cultural and traditional fabric, many Lankans are blindfolded with it today. In an attempt to shed some light on these myths and beliefs, Sunela Jayewardene, an environmental architect by profession launched her debut book titled ‘The Line of Lanka’. 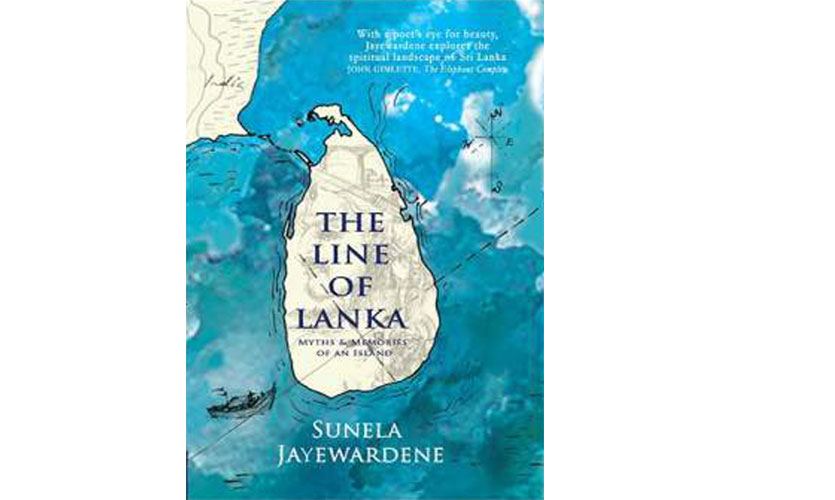 Sunela Jayewardene’s take on the history of Lanka is a first of its kind. Or simply put, it gives you some extra energy to conquer all those peaks in the outskirts of Colombo, just to explore the history of this land. Pushing the boundaries of merely sticking to facts and speculating myths and beliefs and adding to the mystery, Sunela has taken an extra step to present her travels with some mind-blowing links to tales of the ancient past.

‘The Line of Lanka’ is a travelogue, where the author herself pens down raw facts presented by village folk, believed to be the most trusted sources of information in this journey. From exploring Lakégala in Kandy to ironing out myths based on Ravana to discovering the Line of Lanka, exploring Nedunthivu at Delft Island to meeting the Sufis, Sunela herself has served justice to this book. As mentioned by Sunela, in an interview with the Daily Mirror Life, the book is a composite of various other ventures. A request to write about elephants, or a request to explore the ponies in Delft, were happily accepted which were later turned to recollections. Inspired by the positioning of the Sri Pada or ‘Samankuta’ as an intersecting point by four other shrines, namely Mahiyangana, Ratnapura, Deraniyagala and Bulthombe, ‘The Line of Lanka’ was derived.

“From these four precisely positioned shrines and the peak they girdle, spread the power of God Lak Sumana Saman, lord of the mountains and the forests of the island of Lanka,”

writes the author.
Likewise, Sunela has given it a local touch by using local names adjacent to their definitions in an attempt to show the creativity in deriving these names. As such the author has succeeded in blending a uniquely creative writing style with history.

References to the Mahavamsa, other historical scripts and tales of great anthropologists and local historians confirm the efforts put forth to compile this masterpiece.  Hence ‘The Line of Lanka’ gives an insight to the hidden beauty and wealth of heritage we possess and its recommended for readers of all age groups.
In a casual chat with us, Sunela shared her experiences while penning down the book. 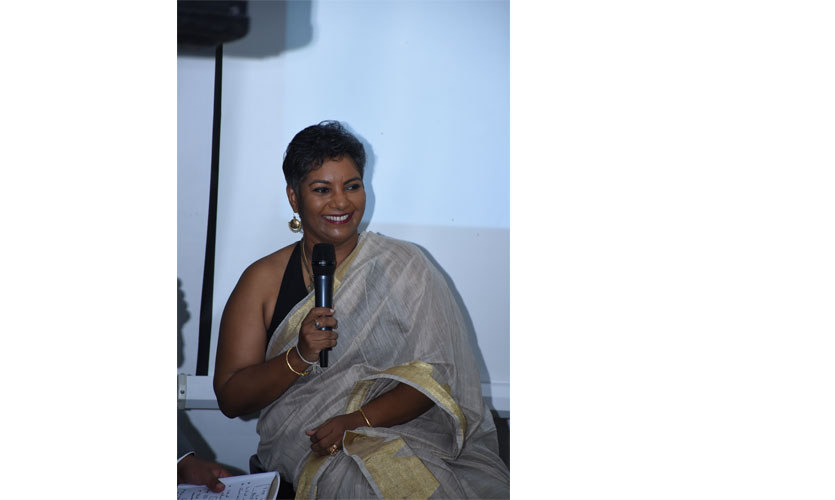 What inspired you to write this book?
I have always taken notes while travelling and I thought these notes had to be documented when thinking about my two girls and your generation. I have always travelled and even before I was an architect, I used to draw.

There are many books written about history. How does ‘Line of Lanka’ differ from them?
I haven’t been sitting in one place and speculating all those stories I have written. There’s historicity in those stories. I have spoken to people who have grown up with oral traditions and I have explained how oral tradition has become an integral part in archaeology. What I think is that this book is more fact-based rather than speculation. I hope I have presented enough evidence to support my findings.

The book has a touch of creative writing coupled with history. How did you manage to blend them together?
I think that it’s just my writing style. I haven’t done that consciously. I used to write poetry and I have always been a creative person.

In what ways would this book contribute to restore the hidden history of Sri Lanka?
I hope that it will encourage people to see things a little differently. So even if someone doesn’t actually go to these places the readers would know that such places exist in the country. It therefore will give them more insight into the multi-layered history of our country. I believe that the younger generations are more interested in history as of today and it’s a positive sign.

When you visited these places, there were people to show you around. Don’t you think that what you discovered needs to be preserved?
Absolutely. Though Sinhala Buddhism is part of the political agenda, it’s not being given the time and space. There’s nothing written beyond the Mahavamsa. As much as we frame everything in the Mahavamsa, it is also the key to show that much has happened before it was written as well.

You have mentioned about the ‘Nittaewo’ and that is one breakthrough in this book. What were the other discoveries mentioned in the book?
Someone needs to look for the ‘Nittaewo’. Legend has it that they originated from Flores Island in Indonesia. Nobody has concentrated much on their existence. Same goes for the Delft ponies and after the launch of the book, several people have shown interest to research on them as well.

Tell us some of the unforgettable encounters you had during your travels?
Meeting someone like Muthu Banda for instance made us realise who Sri Lankans really are. I met many people like that who actually can restore the faith in the people of the country. Incidents-wise I remember getting stuck in the middle of Delft soon after the war and it was quite scary. At that time, they still haven’t de-mined either. Meeting the Sufis and getting to know them personally was an amazing experience.

In addition to that, all those wonderful people who have spoken to me have made this experience an unforgettable one. What was the biggest challenge you had?

Pulling that book together because it was a combination of various topics. People made many requests and in the end, it became a composite of many other ventures.

What message would you like to give your readers in terms of preserving history?
Value this country and look a little beyond what the text books have taught you.