The name Zanzibar conjures a vision of exoticism, mystique and intrigue. A trading port, the Tanzanian archipelago of Zanzibar lies 22 nautical miles off the East African coast, just 6 degrees south of the equator at the hub of the monsoon trading routes through the Indian ocean. Zanzibar attracted many of the world's greatest civilisations and was the capital of a Sultanate empire spanning thousands of miles. A confluence of explorers, traders and merchants built the mediaeval village of Stone Town which presents a tapestry of Zanibari cultures unique in its expression. 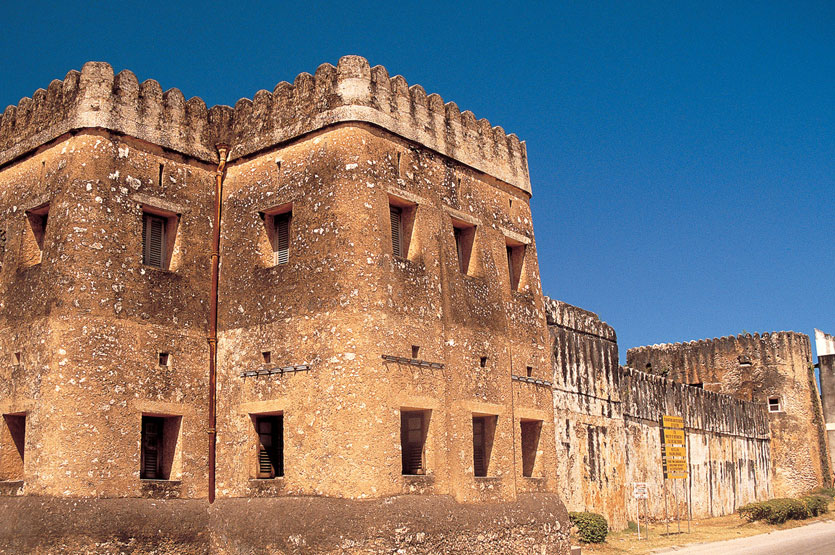 The UNESCO world heritage site of Stone Town is a metropolis which has a labyrinth of streets and alleyways that harbours secrets and lends an air on intrigue. Emblems of history have been preserved some crumbling but yet standing the test of time. Arches, crenulations and balconies add interest to the fine architecture that depicts a rich history of the place. 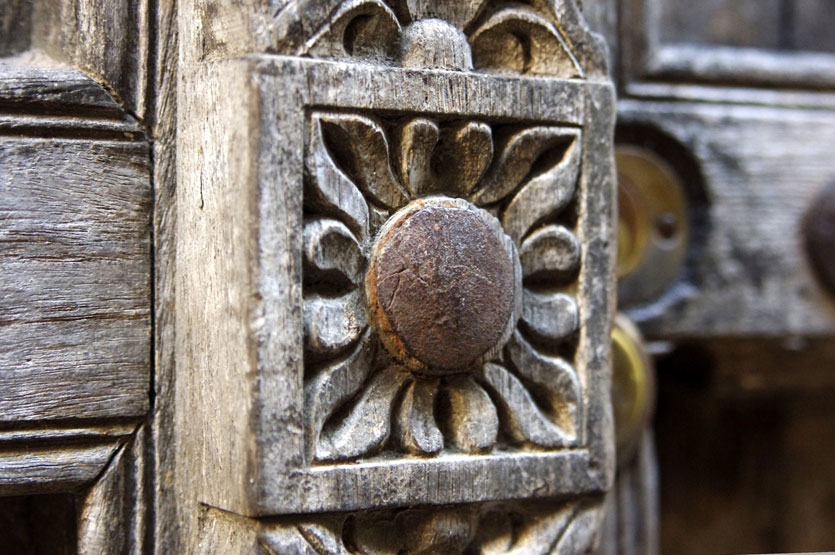 The major buildings date from the 18th and 19th centuries and include monuments such as the Old Fort, built on the site of an earlier Portuguese church; the house of wonder, a large ceremonial  palace built by Sultan Barghash; the Old Dispensary; St. Joseph’s Roman Catholic Cathedral; Christ Church Anglican Cathedral commemorating the work of David Livingston in abolishing the slave trade and built on the site of the last slave market; the residence of the slave trader Tippu Tip; the Malindi Bamnara Mosque; the Jamat Khan built for the Ismaili sect; the Royal Cemetery; the Hamamni and other Persian baths. 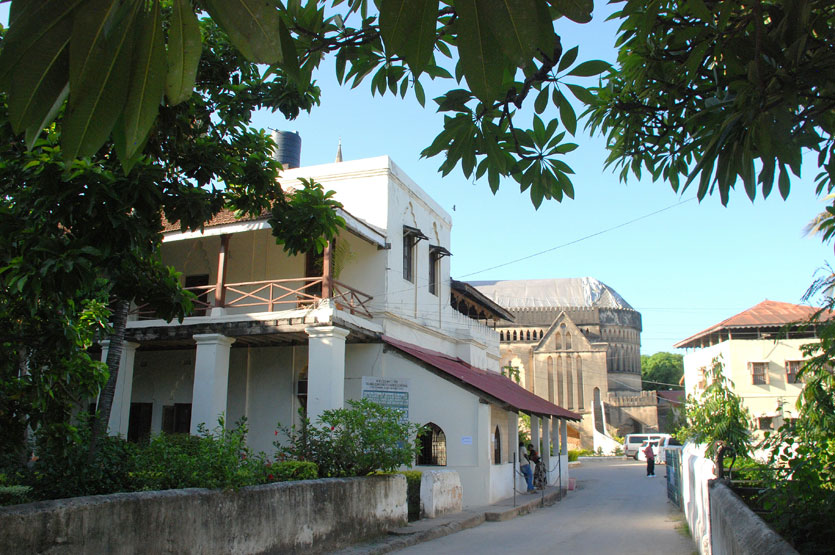 Stone Town became a flourishing centre of trade in the 19th century. It was a hub for the trade of both spices and humans. The ruling sultanate had a close relationship with the British and in 1890 Zanzibar became a British protectorate. The Zanzibari Omanis rebelled against British rule in 1896 resulting in an Anglo-Zanzibari war, the shortest war in history lasting just 45 minutes of marine bombardment by the British Royal Navy before the Sultan was forced to surrender. 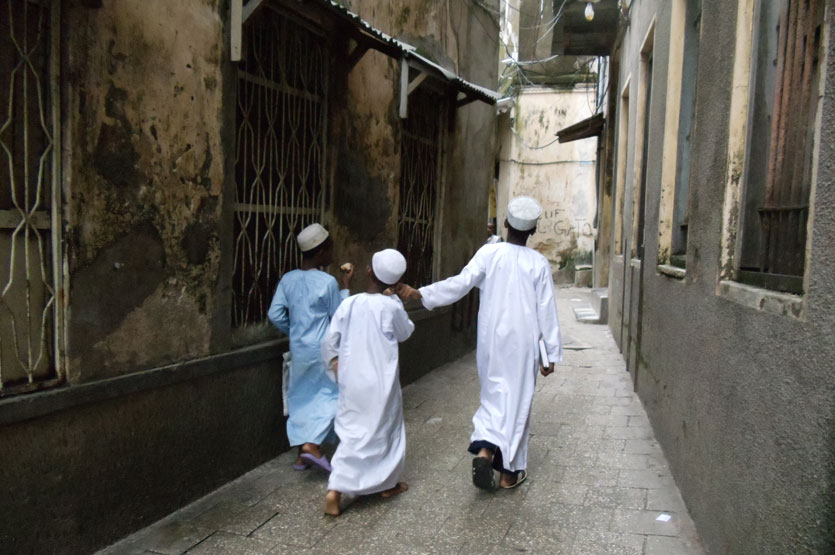 The sprawling warren of alleyways and streets which make up Stone Town showcase the everyday lives of a diverse set of Zanzibaris, people from ancient trading routes who settled and blended in. Calls to prayer from minarets pierce the air five times a day while the chatter of busy traders and the horns of scooters that navigate down the narrow alleys create a  busy soundtrack. 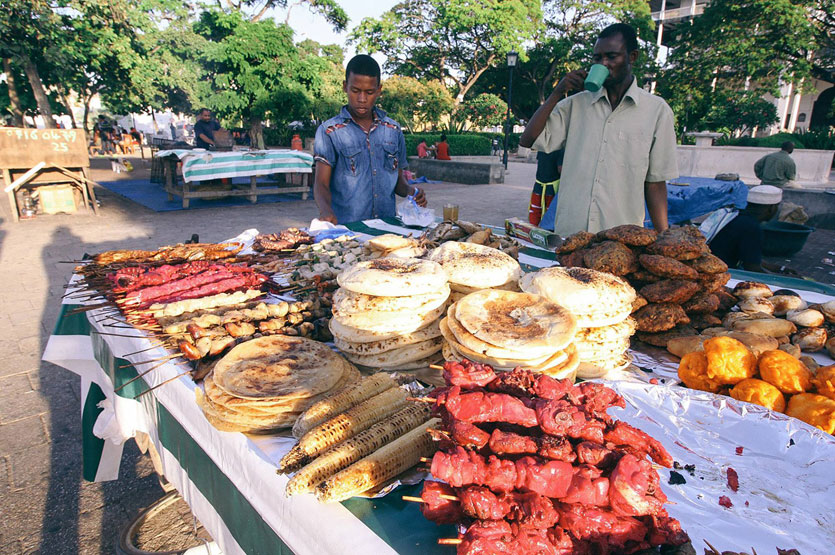 The Forodhani Gardens on the seafront is by day a shady haven and by night it comes alive with locals and tourists dining at the numerous lantern- lit stalls selling barbequed meats, seafood and spiced sugarcane juice. 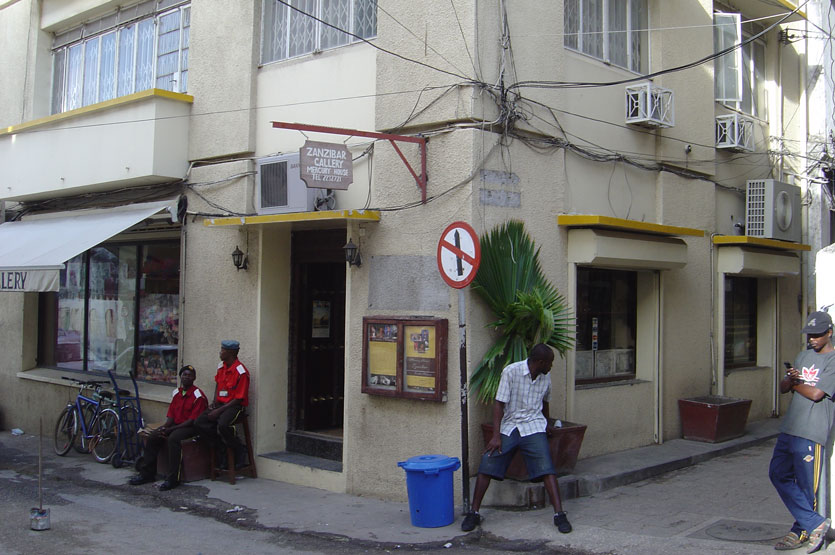 One of bustling but high end streets of Stone Town is where rock legend Freddie Mercury traces his roots to. The lead singer of Queens was  born in Stone Town and his house is now preserved as a monument to him and is one of the most photographed locations in Stone Town. 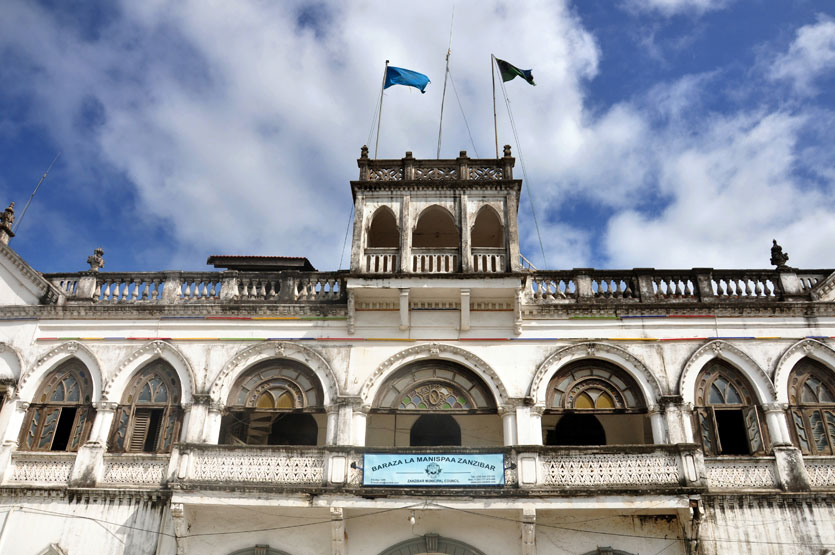 In particular Stone town is also marked as being the site where slave-trading was finally terminated. The ancient slave market is bound to stir up emotions as the feeling of desolateness is tangible. 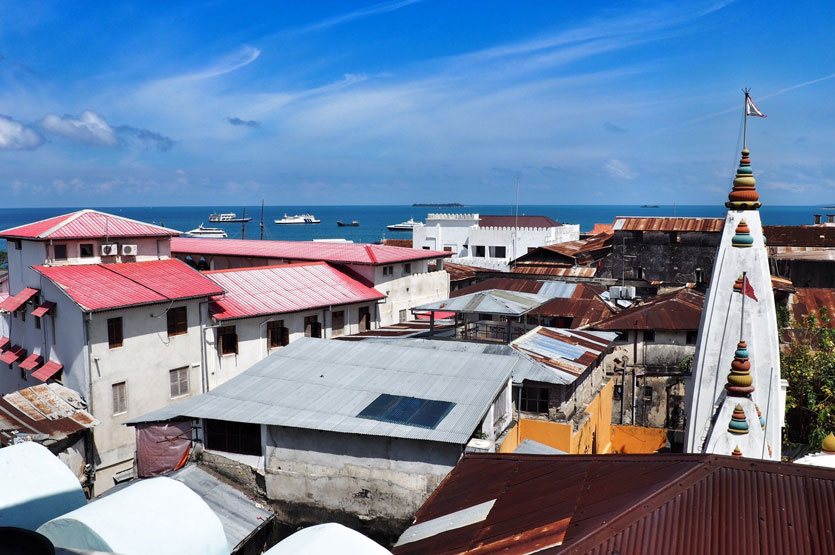 The magical warren of cobbled stone paths lined with sprawling family houses which double up as shops and markets offer a unique insight in to the daily lives of its inhabitants. Everywhere you look you see veiled women and robed men walking about purposefully while the younger Zanzibaris are more keen to sit outside and strike up conversations with passers by.

The market is another interesting place to witness the locals as they engage in bartering and selling their goods. The aromas of the mounds of spices, fresh meat and vegetables all wreak havoc on your senses as you have to push your way through the bustling crowds. An experience not for the fainthearted but certainly an experience not to be missed.

Another interesting aspect of Stone Town is its high volume of artists. Many local but others too have been drawn to Stone Town spend their days painting by the roadside luring tourists with their beautiful paintings and carvings.

The gastronomy of Stone Town adds to its allure. The cuisine is influenced by Arabic cuisine and meaty dishes are at the heart of the menu. Street food is on offer and looks very tempting but not wanting to err on the side of caution I gave it a miss.

The sunsets at Stone Town are spectacular, As the sun dips in to the Indian ocean and and the silhouette of fishermen checking their boats line the shoreline, the palette of colours varying from hues of orange to  dark violet showcases nature at its best. Off the beaten track and not on many people's travel itinerary, Stone Town is the crowning jewel of Zanzibar and warrants a visit.

Getting there: Fly Dubai and Oman Air offer flights to Zanzibar via Dubai
Accommodation: Hilton Double Tree in Stone Town is recommended