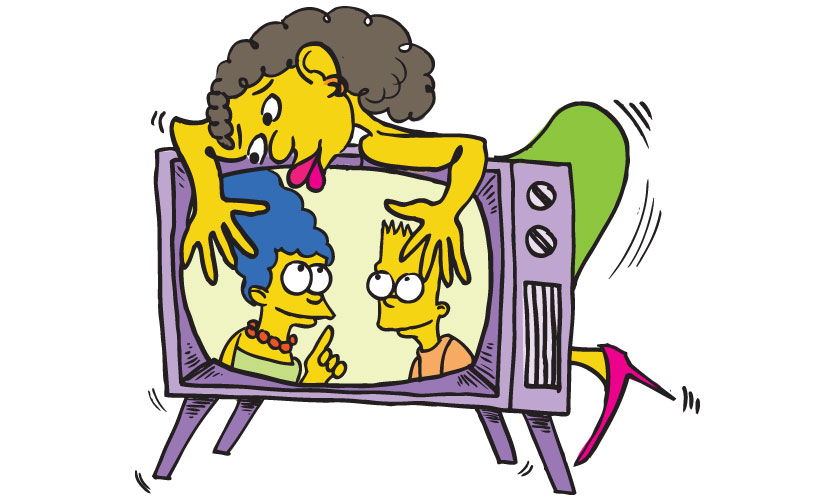 Menu Options
Let’s start with my personal favourite. When he sends, “Babe, what do you want to eat?” when he is coming over or is grabbing a takeaway meal, the Sri Lankan girlfriends knows *exactly* what she wants. Whether it is Tipi Tip, Red Velvet Cake, or a 12-pack KFC Hot Drumlets, she knows, but she will wait until her SO tears his hair running out of options. Patiently waiting, tapping her nails, until she consults Yamu and Zomato for all the restaurants in town.

Part Time Bouncer
While on the subject of food, on a glitzy fine-dining date, she may casually say that she is open to adventurous evenings; like a Kottu and hot tea at Raheemas or Isso Wadey at Galle Face followed by a casual stroll – except she turns up dressed to the nines, complete with Louboutins, facial contouring so on point that the Knuckles range is put to shame and a generous sprinkling of French fragrance. When you eyeball her and casually drive to a coffee shop in an enclosed environ of a city hotel, she blames you for having no imagination. If only people knew the real struggles guys faced.

Faker-gencies
We all know that Sri Lankan women may have slight tendencies to be jealous and possessive, so there’s the occasional text while you are in meetings, feigning emergencies, just so they would check if the office girl has joined the meeting too? She instinctively knows that the girl has a loose personality (and underwear), so no matter how many times you assure her that you aren’t interested, she will still try.

Economic Crisis
You know how Sri Lankan girlfriends are always on the topic of saving money? They ask you why you purchase mobile phone guards, software, and phone accessories and berate you with reminders of countless other things that money could have been used for. While all this is great, they will in return spend half of their disposable income at Bodyshop to purchase organic face masks. Refrain from asking the logic behind it or experience wrath in dragon-like fury coupled with a 90-minute long lecture on financial independence in the 21st century. These, my dear men, are what are called ‘essentials’ – they are also on par with oxygen and water.

Nope for Poke
Pokémon Go is a serious ‘No’. You could get shot for playing this game longer than 3 minutes. However, you aren’t supposed to breathe when she is binge watching The Simpsons for hours.

Forever Timeless
She will drill you for days for taking a few hours to reply her message or a tagged comment on Facebook, but the minute you question her on her delay in responding or not answering a phone call you are treated to an earful. Apparently, by caring for her you invade her space and stifle her.

Polarities
The Sri Lankan girlfriend doesn’t understand the concept of ‘middle ground’. She has two distinct moods – Victoria’s Secret Model or Derelict. Need an example? Suggest a run at Independence Square and she will look Barbie-esque in her Nike gear.