Types of Lankan Mothers in Law

A few weeks ago, Facebook was filled with ardent posts wishing both Mothers and Mothers in Law for Mother's Day. For someone who loves good old-fashioned rivalry, I was sorely disappointed – where are the feuds? The ranting of how their respective MILs were like the witch in Snow White? Did 2018 bring about some form of unspoken harmony that I didn’t know about? Instead of enjoying the heat, munching on popcorn while sparks flew on Facebook, I witnessed genuine, heart-felt reciprocity that dampened my expectations further. Having been let down on massively, I asked those who had one to tell me what their Sri Lankan MILs are like! 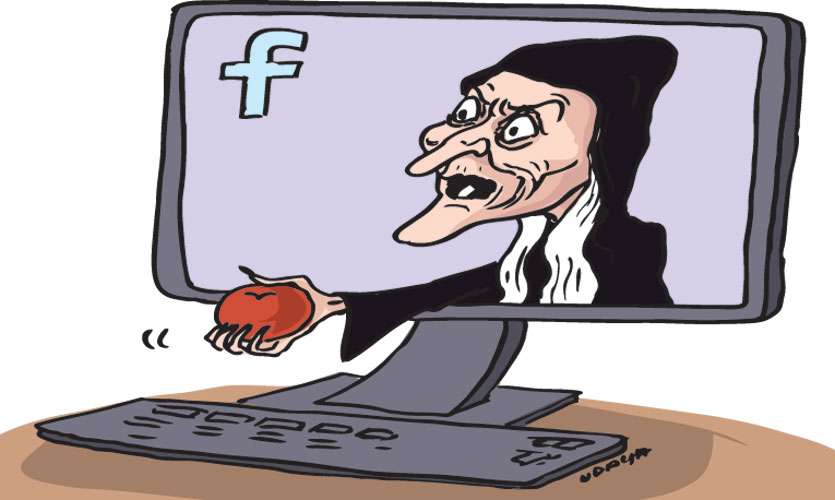 But, instead of being called Nigella, she is Nirmala. A true darling at heart who will call you three times a day because she ‘remembered something important’, but it turns out that they found that gotukola mallum does wonder for the heart as well as your complexion. If you ask her what her hobbies are, she will say ‘Whatsapp’ and by that I mean completing ‘one level’ of her game of sending as many emojis in a single conversation.  If ever you go home on the weekends she would treat you to a buffet that can shame a few five-star hotels. Like the famous Marie biscuit, you are filled with every nutrient of vitamins A, B, C, and amino acids and retain a glow for days after consuming her food.

True to form, this one is a fire-starter, always looking for ways in which she can sever relations between the ‘baba’ you both share. I was told by one person who didn't want to be named that her MIL started calling her son ‘baby' no sooner she moved in after marriage. A competitive streak, much?

We’re not talking about the Pyramid-bra-wearing one; this is the original Madonna, the ‘first lady’ in the Bible. This Mother in Law wakes you up daily with passages and quotes from the bible and frequents posts of (fake) dying children’s posts with ‘amen’. She only subscribes to God TV and thinks Justin Bieber in the spawn of Satan. The only saintly thing she doesn’t endorse is the Battle of the Saints between Peterites and Josephians every year.

This type of MIL spends a majority of her time in the pola and tells you about the great deals she has cinched for a kilo of polos. She abstains from visiting Cargills religiously, and conducts mini-lectures with the zeal of a red-hooded politician educating you on the freshness of produce, buying directly from farmers, and insists that you stop paying a premium for convenience.

Then there are types of MILs who are really chilled out. They know they raised their sons with a little too much love and compensate for it by being a confidante, friend, and your go-to for advice. She will accompany you when you need to go to a government office, hook you up with the best seamstress to get your sari jacket done and makes food like karawala thel daala that you love but don’t dare to venture into.

Now I don’t know if this is the case with everyone, but there is a rare breed of MILs who are philanthropists. They see your dire living conditions and help you financially to move into a decent space.This happens unless your egoistic spouse tells you that he wants to retain his pride by not living on his parents' supply in his 30s. At this point, even rats and rodents move out of your home in fear of contracting meningitis.

Have you met people who would make wonderful mayors, simply because they know everyone's business and attempts to find solutions for every problem? These MILs often know more about their neighbours than they do they own offspring. For instance, how big an increment Mr Silva's son received; why Mrs Jansz's sink is always clogged, and why Almeida's daughter left her high flying career as a lawyer to pursue home baking. On the other hand, her own children store exotic varieties of herbs in their own home, but she would have zero clues.

Mothers in Law come in many a form, but I am of the opinion that despite the many external facades that they may take on, their mission in life is to secure the best daughter in law for their ‘Precious’.