Meeting the Opposite Sex, if you’re a Sri Lankan

If you’re a Sri Lankan girl, the options of meeting and having platonic relationships with guys are limited. If you were born in the early nineties like me (okay, that's a lie – mid-eighties is more like it), your teen years meant that the only social life you enjoyed was with your school textbooks and the occasional call you make on the (hold your breath) the landline feigning a call from a female friend. Teens have it so easy now – with the development of social media and other communication platforms.

Reading through Sweet Valley High in my teen years, I would ooze with jealousy on how easy it was to inform parents of dates/parties instead of having to lie through my teeth about mixed parties. With this update, I thought I would revisit some of the only times a Sri Lankan girl was able to meet guys, during the pre-Facebook era circa 2003. 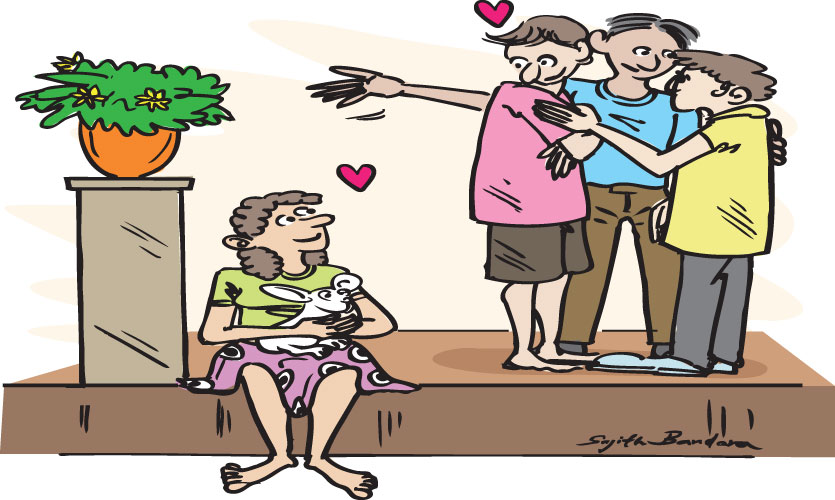 1. Sibling’s Friends
The chances are that your first ‘boyfriend’ was your brother’s best friends. He probably lost that friend because of you as well. This is ideal – no one would suspect him innocently hanging out at your home where you steal surreptitious glances at one another.

2. Friend’s Sibling
Now, this works both ways; you can even be madly crushing on your BFF’s brother. Even if he doesn’t notice your many attempts to catch his attention. When you’re 12, you think boys who are 14 are the coolest thing ever. You can use your friend (provided she has your blessings) to pass on notes to him.

3. BFF’s Beau
Now if you’re an only child, you look forward to the prospective single male friends your BFF’s boyfriends introduce to you over the course of their relationship. If you were single, it served well to chaperone your BFF.
Back in the day, it was impossible for a couple to get about in Colombo without receiving murderous looks from Aunties and Uncles. However, moving around in packs made this a little easier to deal with – so for the Singleton, the more the merrier!

4. Tuition Classes
In the Medieval era in Sri Lanka, where the first camera phones were launched in 2002, everyone was left mystified as to how a phone and camera can be combined. What sorcery was this? However, in these times, the cost of an SMS was Rs. 15, and it was cheaper to somehow take a bus to the location where the Intended Recipient was to deliver the message in person.
As somehow who attended an all-female Alma Mater, tuition classes were another source where we were able to ‘source’ new male acquaintances. The long-standing tuition couples had strategic ways of sitting in front or beside one another, and other prospective coupling ensued.

5. Friendly Neighbours
Unlike now where you live in a maze of apartments, back in time, Colombo fostered a sense of harmony and loved the arrival of new neighbours. Mothers would bustle at their doorstep with containers of housewarming Motha jelly; Fathers would take their cars out for a spin and prolonged wash just to catch a glimpse of their new male contender; children would purposely throw their tennis balls over the wall to gain access. Teens, however, adopted a strategy altogether by trying every possible way to find out more about the ‘boy next door'. This included bribing younger siblings with toffees and treats to find out about the ‘Aiya' living in the house next door.

6. Transport
Not everyone could relate to this, however, there were a few of us who used school vans. They were such a bane, if you travelled in one, rattled for hours dying of a heatstroke. The only incentive it brought about was meeting some other vans and making acquaintances with boys in them through the friends who travelled with them!

It’s almost 2018 and I’m so glad that Sri Lanka has evolved with time. Meeting the Opposite Sex would have been next to impossible if we lived in pre-Facebook times. If I’ve to look back, I could say that because of these situations I’ve developed thief-like svelteness and a FBI-like mindset. My only wish is that teens get down on their knees that pray for the privileges they have now.

I’ve reached the end of my rendition of ‘Meeting the Opposite Sex if you're a Sri Lankan'; do let me know if I’ve missed out on any. Show me some love by hitting that ‘share’ button and don’t forget to check Ms Confidential on Facebook, Google+ or Twitter.