#MeToo – the men speak out

The #MeToo campaign took the world by storm, leading it to be one of the most widespread campaigns, and against all odds, it has had possibly the longest shelf life of any campaign. The campaign emboldened victims silenced by fear and the reprisal of those in power, to bravely come forward and speak out.

And speak out they did in droves.

But like any campaign, people have and continue to question it. Many headlines asked: “Has #MeToo turned into a witch hunt?”. Others surmised that the campaign has “gone too far”.

“Social media campaigns by their nature are incapable of moderation and completely unsuitable to any kind of serious examination of particular relationships. The result was predictable”

David Walsh, chairman of Men's Voices Ireland, wrote in an opinion piece in The Journal.

“It has turned into an all-out, uncontrolled, inchoate campaign where the minor is conflated with the serious, where what occurred in one very special business is said to be the norm in every business, where there is no attempt to give the accused the opportunity to reply to defend themselves. All accused are automatically pronounced guilty and equally so. This has all the character of a witch hunt, of mob rule. It’s classic totalitarianism”.

Katie Packer Beeson of US News also added her views on the narrative that's being built - that women are always right.

“Lately I have begun to wonder if this cultural shift has created a ‘ready, fire, aim’ mentality where we immediately believe every woman who comes forward with a claim and refuse to give the men any chance to tell their side of the story”.

Rather than rallying the sexes together in the face of a common goal - putting an end to harassment - the campaign seems to have pitted them against each other. The cause hasn't been helped by allegations of women using the campaign as an excuse to exact revenge on men who have turned out not to be guilty, but have, as a result of the accusation, paid a heavy price already.

Also paying the price are women in the workforce, for example.

According to the lobbyist Jennifer Green in the Miami Herald,

“Female staffers and lobbyists have found ‘many male legislators will no longer meet with them privately. I had a senator say, ‘I need my aide here in the room because I need a chaperone’. I said, ‘Senator, why do you need a chaperone? . . . Do you feel uncomfortable around me?’ ‘Well,’ he said, ‘anyone can say anything with the door shut’”.

More and more organisations are showing an increased interest in sex segregation in order to reduce instances and accusations of harassment claims.

So we asked a few men what they thought about the #MeToo campaign. Did they think it gave rise to a witch hunt? Are they now forced to tiptoe around women for fear of being accused of harassment? Was it a good campaign?

Here's what they had to say.

I do think the campaign was a good thing for women. Yes it's great that powerful men weilding immense power were brought down to their knees. But on the flip side, I'm seeing a lot of men accused with no backing, losing their jobs. And by that I'm not implying that all these victims are lying. However, once accused, men are losing their jobs and reputations without any proof of wrongdoing. And once tainted, there's no going back. It's a tricky situation because it has created a “women don’t lie” kind of environment. It makes me nervous now and so let it be known that women better be making the first move from now on. I'm not risking things because there's no clear line. I had a girl get offended because I told her “Hey, just wanted to let you know that I think you're really cute”. So there. I wasn't being a creep or weirdo. I didn't stare at her and make her uncomfortable. I just politely let her know that before asking her out. Obviously, I ended up not asking her since she reacted.

Correct me if I’m wrong,  In general girls and women prefer a strong man, a gentleman and the list goes on… I’m a feminist (Yes a guy can be a feminist too). But there is a problem being one. I believe in equality. By which I mean if a girl likes me I have no issue if she comes and asks me out. So then what’s the problem? I’m generally a very friendly guy (an unintentional flirt), I’d compliment a friend  just because I think they look good. But the issue is the moment I become nice to someone, pop-goes-the- switch. See with all this #metoo campaigns (let's be honest it's not something for Sri Lanka) in the U.S believe it or not, women are treated really poorly (objectified).  In Sri Lanka I can proudly say we have some strong women. Case in point, I prefer talking to a foreign girls when I’m out and about, just because I don’t want to be called a creep for being a friendly guy. I'd rather not deal with it.  It’s a double standard, a girl wants you to make the move and then go around talking sh*t.  This very reason p*sses me off.  So I stick by this rule “If you give me drama, I will give you Shakespeare”.

Ok.. first.. it's a little difficult for me to give an opinion on this given I don't care if I offend as long as I talk the truth. But in many cases.. I don't think men really have to tip toe because of such campaigns. Men have to tip toe because they need to adjust their method of approach. Most people are not taught how to deal with a women (like me) and few learn with experience (again like me). But feminism is not the root cause of it.. (though it may lend some support to it). My experience is limited to Sri Lanka, and in Sri Lanka, men have created this situation where they have to tip toe. A majority of men do not know how to deal with women.. (like the perverts on the road or bus who are too horny and can't wait to cop a feel of a woman). Women are being harassed on busses and on the road, so women in Sri Lanka have become quite defensive.

But if you know how to approach a woman politely, with a proper blend of humour and intellect applied (and a lot of confidence) I don't think there is a reason to tip toe. People call it feminism because women are getting tougher and more outward and defensive. But it's better than how they used to be harassed in silence.

The campaign has made things very tricky now. I see many women on social media accusing men of harassment simply because the man dared ask them out. It's funny because women claim to love a “man" who makes the first move. Also, we now have to think about what we can and cannot say. We may say something inoffensive that the woman may decide is actually offensive to them. Besides, it has now become cool for some women to self victimise so that they can garner social media sympathy and trigger social media heroes to grab their pitchforks. I know my comment will get a lot of hate because people are quick to jump to conclusions - but read into what I'm ACTUALLY trying to say - which is that these campaigns don't leave space for the sexes to unite to fight harassment together, but in turn rally against one sex. This is going to get us nowhere. But like I said before, the campaign is definitely a stepping stone to dealing with the larger issue.

I think it's important to understand boundaries and contexts. Making a move or taking a risk on a girl is completely alright, but there are times, for example, if you like a work colleague, it's probably best not to ask her out at office or during office hours. People go to work to work and it's unnecessary pressure. I do think the empowerment movement has made people think twice, but it's probably for the best, and we should use that thinking twice part to approach people at the right time and place, and also take no for an answer. Having said that, I hope that chivalry stays well and truly alive for time to come.

It's terrifying that all it takes is someone with a grudge deciding to post something unfounded and untrue about me on social media, and that would ruin my future. They may have no proof to back their claims and I may not even be given a chance to defend myself before losing a job, for instance. This sense of entitlement the campaign seems to have given many women is scary, to be honest. They've seen what accusations - even those without any proof - do to men. I know a friend who's ex tried to ruin his life with a lie, only to be called out because there was video evidence. But what about the men who aren't as lucky? Their whole life will be ruined because of baseless allegations thanks to a lack of due process. A witch hunt will do no one any favours.

I grew up with several older sisters and was always taught to respect women. And I do. I was happy when the campaign came out. It meant my sisters didn't have to keep quiet if - God forbid - they were ever harassed. They could speak out and know that they need not feel any shame. It was all good. I got into a relationship recently. It was like in the movies - complete opposites who fell for each other. I was loud and outgoing, she was comparatively reserved and shy. One fine day I found out my girl cheated on me (caught her red handed, in case you were wondering). I was disgusted and broke up with her. And guess what - she had the audacity to tell me that if I ever outed her as a cheat, she would accuse me of having raped her, on Facebook! “No one will believe you” you she told be pretty smugly. “You're the partying type and I'm the innocent, quiet girl". Cases like this may be the minority, but the fact is that while I didn't have it as bad, it could turn out worse for someone else.
(*name changed) 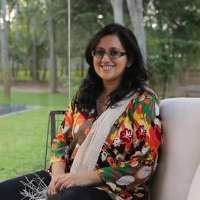