Now we've all heard about how Labradors are extra fun and super exciting and every day with them is a treat. This most certainly goes without saying when it's with Sasha! She's a gorgeous and extremely mischievous golden Labrador who will make your heart melt! 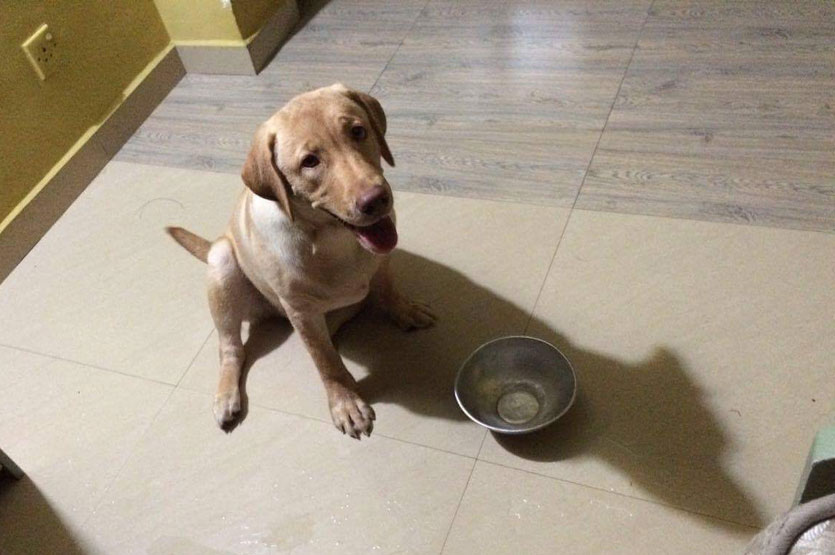 What’s the story behind the name you’ve given her?

I was actually going to buy a male puppy because my best friend's dog passed away and was gonna name my male puppy Johnny (Jonathan) after him. Since I already have a male German Shepherd at home, many said it would be wise to get a female pup to avoid conflicts between them when they grow up. I was gonna put something like Aliya or Shanaya and my sister suggested naming her Sasha. She was about 4 weeks old when we bought her and up until she was around 5-6 months old, she used to stay in my room and it was a total mess.

Meal times are thrice a day and she gets snacks from each of the siblings and basically is eating most of the time. Sometimes, she eats raw tomatoes which I have never seen another dog doing. 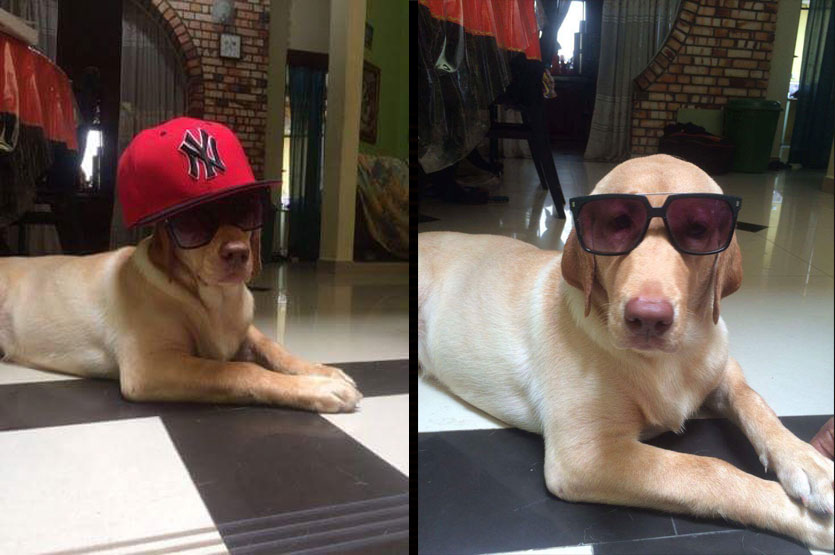 Does she do anything out of the ordinary which fascinates you?

Since she's fat, she's taken for a walk every night, but she never poops or pees on the road as she has to go to the washroom and do her stuff.

What’s the naughtiest thing she has done?

Because there wasn't plenty of space for her to stay with the other dog and building her a cage took some time, she stayed in my room. While she was in the room, she ate my shoes, the PS3 beyond repair and the speakers and even my room door! 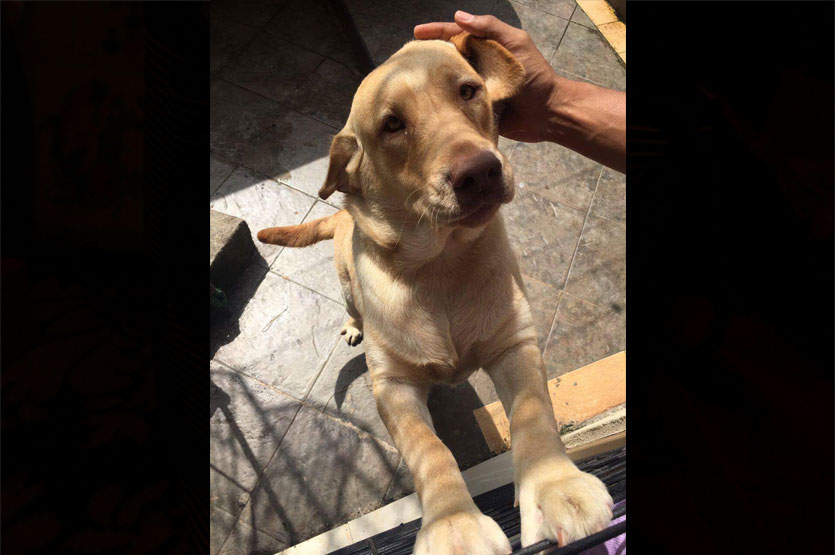 How did you find her?

I found a place to buy her from ikman.lk. I was going to visit many places to buy a dog but from the first place itself when I saw her as a pup I knew she was the one. 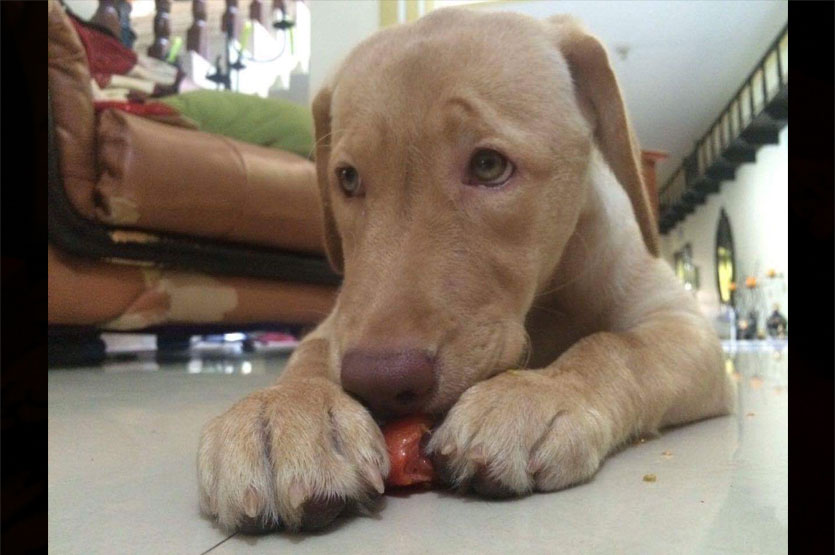 How does she react when you've returned home?

Sometimes if she sees us after a long time she gets so excited that she pees herself.

What’s the best thing about her?

Getting her brought more joy to our family and it's always full of surprises having a Labrador.

On one day, she came out with her tongue all blue (she had broken a blue cloth dye bottle). We got scared thinking it was poison and the doctor said to wash it off and she would be okay.