At the heart of this festival is a collective dream. The foundation is the life's work of Guru Chitrasena and Guru Vajira, the legendary duo who transformed the landscape of traditional arts in the country. Seven decades later their children keep their vision alive.

“None of this would have been possible if it hadn't started in a beautiful Guru Gedara which was the Colpetty home my grandparents had rented during the time,”

says Heshma Wignaraja, the first grand-daughter of Chitrasena and also the creative director of the festival. 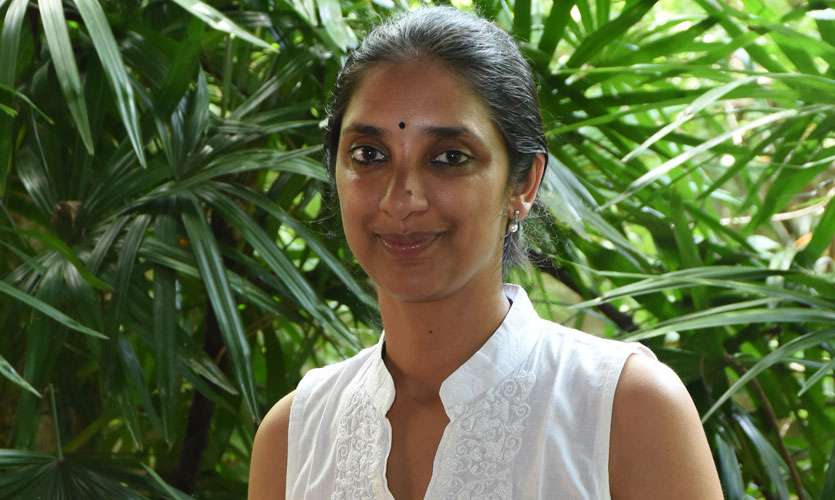 “It was owned by a close friend of Seeya where they were able to carry out their work.  This home had a big garden where we could perform rituals. It was an old colonial building and the porch was converted into an open air theatre space,”

However, the architecture wasn’t its sole specialty.

“The ground level was where they danced from morning till night and the storey above was where they lived. Rehearsals and classes were conducted here too. This went on for nearly 40 years,”

“The original Guru Gedara was a cultural ashram in the heart of the city. Tourists to renowned artists visited this space. It wasn’t just those visitors my grandparents also housed the best in Sri Lanka from Ananda Samarakoon to Amaradeva, to create the finest performance art of the time. I don't think that would have been possible without a space like that. Nor would it have been possible without the calibre of artists. Unfortunately we lost this home or hub that they had created,”

“I was the only one who really experienced the Colpetty home. I also experienced the nomadic period or the 25 years of not having a home. Like gypsies, we went from place to place, in a van packed with drums and teachers to 15 different locations. Wherever my grandmother took us we had to clean the space, take class and then put it back the way it was before we took off to our next destination. It was non-stop,”

Heshma exclaims as she shares her memories.

“I am always inspired by that energy and drive,”

The Guru Gedara festival will embody the spirit of the original Kalayathanaya, the school of dance set up in 1944 by Guru Chitrasena. The creative spirits behind this festival wish to support the indigenous art forms. The festival will come alive with the multi-faceted world of Sri Lankan traditional arts in order to raise awareness and understanding of these sacred art forms. Choreographed as a fully-immersive experience the festival will be a truly unique experience of cultural heritage.

Former President Chandrika Bandaranaike Kumaratunga gifted the Chitrasena family a plot of land in 1988 where the present Kalayathanaya is today.

“We didn't have the funds to build this place till 2007.  I wanted to get this place up before my grandfather passed away. He was only able to lay the foundation. My grandmother who is 86 now and we've been trying to collect funds to construct a Guru Gedara here for her to reside in,”

Heshma tells us that it’s been 11 years since they moved in and that they’ve not been able to afford to build anything else.  Her dream of restoring this iconic Guru Gedara to its rightful glory is also shared by Thaji Dias, principal dancer of the Chitrasena Dance Company.

“I was born into this atmosphere where my grandparents didn't have a home and they were moving from place to place. I was too small to understand the gravity of the situation but I think once we moved in here, I was more serious about the form”

she said as she shares how she committed her life and passion to her grandparent’s heritage.

“It's always been my passion. My grandparents didn't hold the gun to our heads and say you have to do this. We just saw the way that they dedicated their life to this art. Nobody can instill passion within you, it has to come from within. That's what happened to me,” 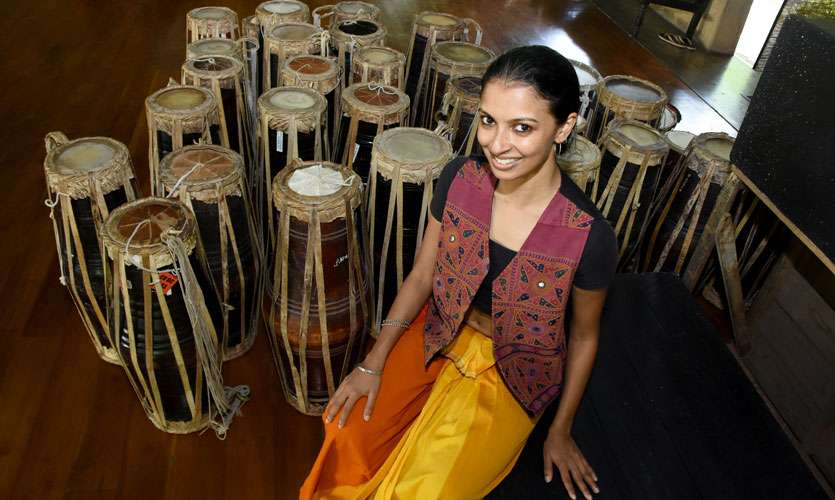 Thaji tells us with a smile.

She believes that the festival would expose traditional artists and increase their visibility in Colombo.

“We want people to understand the value of these crafts which can only be found in Sri Lanka and nowhere else,”

The Festival will open on August 30, while the second day will be dedicated to educating and sharing with teachers and students from schools across the country. Sessions on September 1 and 2 are ticketed and will be open for the public. Audience members will have a choice of participation either at an intense immersive level or at a more leisurely, curated level of interaction. Traditional meals and snacks will be served throughout the day, reminiscent of the hospitality at a traditional guru’s home.