The powerful multi-sensory installation incorporating words by Romesh Gunesekera and music by Sharon Smith, on diversity, unity and healing is on until late November at the European Cultural Centre, Palazzo Bembo during the 58th Venice Biennale. 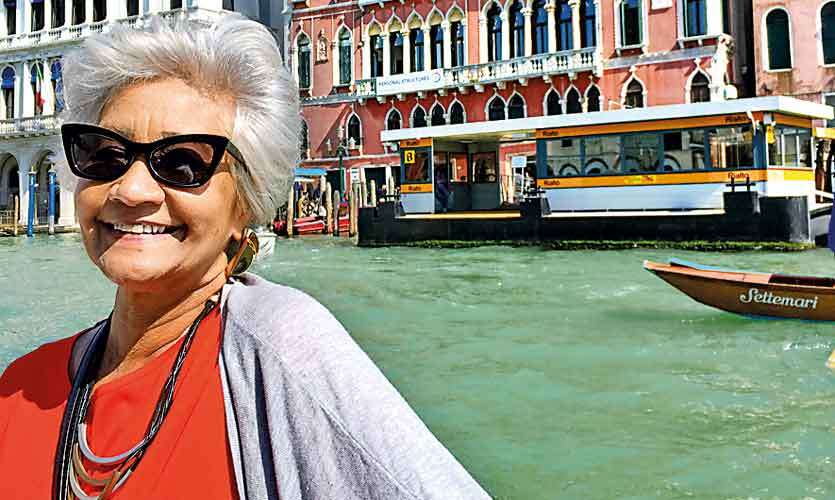 Forbes calls the iconic Venice Biennale the ‘Olympics of art’. In the 1950’s the legendary artists of the 43 Group became the first Sri Lankans to show at the Biennale. Nearly seventy years later, Anoma Wijewardene becomes the first solo artist from Sri Lanka to show her work at the collateral exhibition at the European Cultural Centre’s Personal Structures: Identities.

The art is currently showing in Venice, reflecting upon the universality of man and our common humanity in the face of conflict, misguided religious fervour and human insecurity, and invites us to accept the stewardship we share of our fragile — a viewpoint so intensely relevant for Sri Lanka and the rest of the world right now. 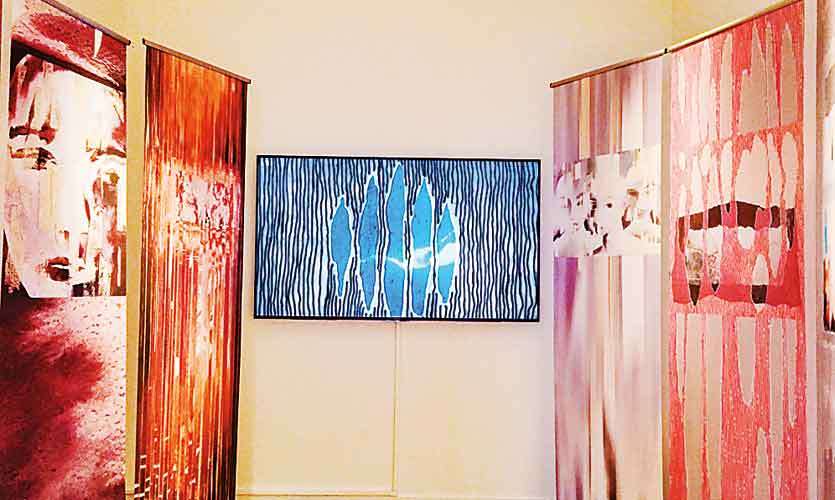 Anoma’s artistic voice has always been about capturing what hurts and burns our world; our collective responsibility for fixing it, and the lessons we need to internalise to make those shifts. Therefore, when the invitation to show at the iconic Venice Biennale came about, Anoma chose to submit her work ‘Kintsugi’; a reflection on fragmented and wounded societies, which incorporated an installation, video and a book. It was inspired by the Japanese restoration process ‘Kintsugi’, which fuses together shattered objects with gold enamel, revealing and celebrating the breakage rather than disguising it. It calls for seeing beauty in what is imperfect and investing in the process of healing. “We need to understand that reconciliation is necessary for survival, and that there is incredible value in bravely confronting our histories and differences. I feel that we perhaps perceive breakage as something that needs to be hidden and forgotten. Moving beyond this thinking and respecting ‘the broken’ as part of life and making efforts to heal is really where reconciliation begins. This is the message that I wanted to take from our country to the world. I felt that a strong response to what is going on was needed from Sri Lanka, and I was really honoured to have had the opportunity to share it in Venice,” Anoma says starting the conversation.

With a six-month viewing period and an estimated number of 500,000 visitors from around the world, the Venice Biennale is a platform like no other. It is a sort of Expo of Art, in a small and unique city which hosts a staggering 25 million visitors a year. Being part of a collateral show of this incredible Exposition is a once-in-a-lifetime opportunity, Anoma knew. ‘Humbled and grateful’ was how she described her emotions on being the first Sri Lankan solo artist to be showing there.

“I am so grateful to the curators of the European Cultural Centre for inviting me. While the content and ideas were finalized last August I feel the curators too were moved by the recent events in our land and found this exhibit from Sri Lanka, so raw and so fresh after our tragedy, ever more relevant and perfectly in sync with the  overall Biennale theme ‘May You Live In Interesting Times’, an expression to imply highly polarised and turbulent times.”

For Anoma personally, Kintsugi was a way of confronting a mix of fears, anxieties and emotions she has been feeling about rising tensions. When she first started working on the then unnamed series, it was 2014—a year that saw clear signs of intolerance breeding in the undercurrents of our society. 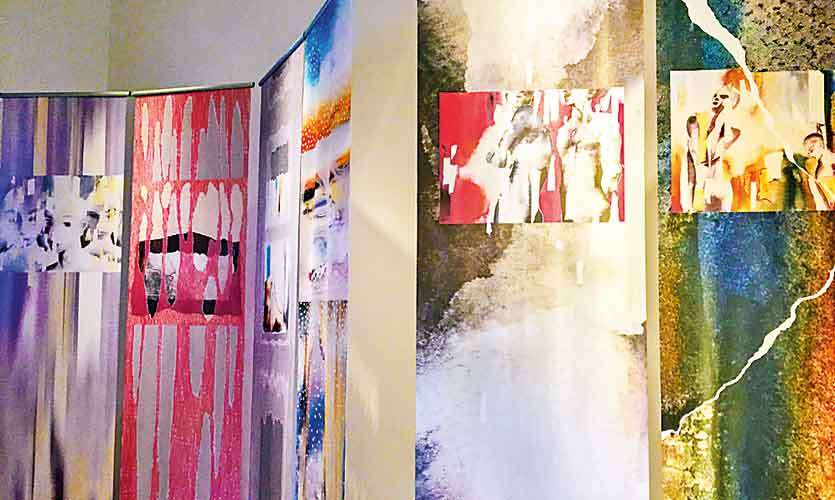 “The art I was creating at the time was about deconstruction and reconstruction, and the combining of separate and unrelated fragments to find a harmony and cohesiveness. Trying to find beauty in the broken, and then repaired and renewed.”

Strangely enough, when the series was finally finished five years later and already in Venice in preparation for the hanging, the social tensions that fueled its making reached a culminating point with the horrors of Easter Sunday 2019 in Sri Lanka.

“Easter was just ten days before I flew out. Kintsugi was already hung in The Palazzo by that time, and I was struck by how even more relevant and apposite it became.”

When Anoma’s childhood friend—writer Romesh Gunesekera visited her in 2015, he was intrigued by the very different work she was pursuing and many months later penned a moving poem constructed out of a series of 16 poems created out of shards and fragments, myth and memory, in a structure which mirrors the layered and fused art. Music editor and composer Sharon Smith based in Los Angeles also responded to both the Art and Poetry, and contributed a haunting score specially composed for Kintsugi, incorporating sounds and music from several cultures. “Both Sharon and Romesh contributed their passion and creativity to the art and brought another dimension to it.... So thankful to them”, Anoma says.  Many others of many countries, races and religions helped in a variety of ways to make this a collaborative production, making the process itself follow the theme of the art. The artist also crossed into the realm of olfactory art, enhancing the multi-sensory installation still further by adding the scent of cinnamon—a fragrance so closely linked to Sri Lanka’s legacy as the fabled spice island— referencing the fact that spices must have followed the Silk Route from Ancient Ceylon to the then City State of Venice.

Taking this powerful narrative out to the global audience for a six month period was made possible by a collective of patrons who understood the significance of art in crafting Sri Lanka’s international image;

“The John Keells Foundation and Cinnamon Life, Ceylon Tea, the National Lotteries Board, AOD, Etihad Airways and a few amazing individuals were part of taking this work to Venice. They were so incredibly generous and progressive in their thinking to understand the importance of a Sri Lankan presence there. I am deeply indebted to them for believing in my work and understanding its message.”

Over the last two decades, Anoma’s art has been receiving global attention as a quiet voice about issues like climate change and as a call for a collective harmony. Her last installation in Colombo was a work on the commonalities of all religions and her last major international group show was in 2016 at Sotheby’s Hong Kong, in the exhibition ‘One Belt One Road’. Her monograph was just launched in London at her alma mater, the prestigious Central Sant Martins in March 2019 and will soon be released in Sri Lanka.
For more information www.anomaw.com
--
Shamalee de Silva Parizeau 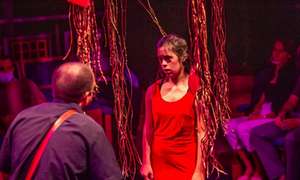 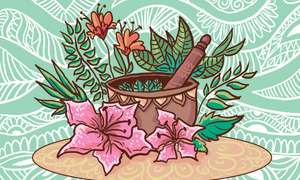