We’ve all uttered the words ‘how do they do that?’ mid-movie at one point in our lives and resigned ourselves to never knowing the answer to it. It’s not like you can ask the director himself, right?  But for Akash Sunethkumara, a young filmmaker in Sri Lanka, the pandemic and the lockdown presented the perfect opportunity for finding the answers to the lifelong questions of every film audience – how do they really do it?  Akash started the Junkyard Theory, a webinar series where he goes live with filmmaking personnel from around the world. It started off with his mentor, cinematographer and filmmaker David Worth, whom Akash met while doing his Masters in film back in 2015. 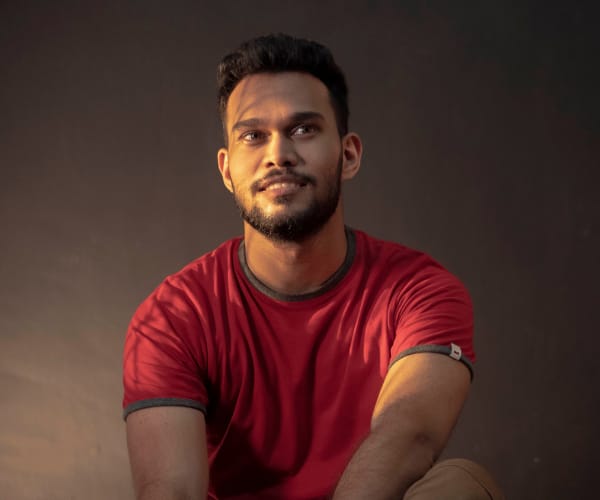 From there onwards, Junkyard Theory has had an impressive line-up of guests including Academy Award winner Paul Hirsch, film editor of Star Wars and Mission: Impossible, Academy Award winner Dan Laustsen, cinematographer of The Shape of Water and John Wick 2 and 3, Academy Award-nominee Dean Cundey, cinematographer of Jurassic Park and the Back to the Future trilogy, Netflix producer Simon Barry, Foley Artist Sanaa Kelley, Martial Artist and stuntman Richard Norton and Game of Thrones language creator David J. Peterson among others.

With a love for film since his childhood, Akash is also a filmmaker making a name for himself in Sri Lanka. He founded the production house, High School Junkies with three of his high school friends and has since produced several short films and music videos under the label. Their short EIDETIC won several awards at various film festivals around the world and was the first Sri Lankan film to be screened at the San Diego Comic-Con.  His latest project, Junkyard Theory, which celebrated one year since its debut back in May 2020, is now Sri Lanka’s first and only film education platform featuring masterclasses with Hollywood guests. Now a team of five, Akash looks back on the start of Junkyard Theory and talks to us about its evolvement since then.

Q How did Junkyard Theory start?
During the very first lockdown, I was stuck indoors, bored at home and I was seeing people going live on Instagram and Facebook but I wasn’t seeing many with positive content. I wanted to do something positive, go live and talk about film because that’s what I know, but I also wanted to do something different – create something good. It clicked to me then that I had these connections when I used to do film in Los Angeles, USA and I could possibly make some use of it. I reached out to my then mentor David Worth who has such an incredible resume in Hollywood. He has worked with Clint Eastwood and launched the career of Jean Claude Van Damme. Junkyard Theory started with him and then I pitched his name to other guests and it kind of snowballed into something bigger over time and I got some prominent guests down the line. Now, one year later, Junkyard Theory has not only grown bigger, but it is also an educational platform – the first of its kind in Sri Lanka.

Q It is impressive that you got in touch with famous filmmakers who at first thought, seems so unreachable. What was the process like?
It was a lot of late-night toiling on IDM, trying to find the right people. Then I just took my chances and sent out as many messages as I could to a number of people hoping any one of them would write back. Great thing was that while we were in lockdown, so were they and that worked out well for me. My first guest who I didn’t know personally was Paul Hirsch who was the film editor for Star Wars and I remember how much I debated on whether I should send him a message and hitting that send button was the hardest thing. But then, getting his reply that he’s interested was also the most incredible and rewarding feeling.

Q Watching some of your episodes, some of your guests greet in Sinhala and even talk about certain related aspects about Sri Lanka in conversation, like Netflix wanting to include a Sri Lankan TV show or the language editor for Game of Thrones loving the Sinhala script. Was that intentional on your part?  Somewhat. Most of my guests are very curious about where I am from. Before I go live, I first spend some time with each guest breaking the ice and going over what we would talk about and they often ask me about Sri Lanka. Some of them, like Fabian Wagner and Nick Mckinless have even visited Sri Lanka before. David J. Peterson who is the linguist for Game of Thrones was just asking me about the Sinhala script and its origins and that eventually was included in conversation during the live. Some of the other guests asked me how we greet in
Sri Lanka and then it just became a thing for guests to greet with ‘Ayubowan!’ when we start the live. 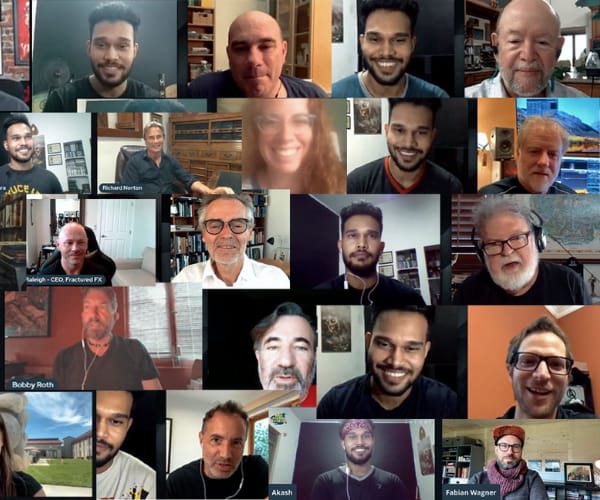 Q What did you want to achieve with Junkyard Theory?
As you said, these guests seem so unreachable at first thought, but I wanted to show that they really aren’t. I want to create a bridge between Hollywood and upcoming filmmakers in Sri Lanka. What you get with the Junkyard Theory isn’t something you can ever learn from any textbook.  It’s not classroom education – it’s the first-hand experience of someone who has created the very movies people look up to. Junkyard Theory is a long-term project that aims to be a catalyst in changing the course of filmmaking here in Sri Lanka. I got into filmmaking because I didn’t see the movies that I wanted to see being done here in Sri Lanka and I want this generation of filmmakers to learn from the experience of these experts and apply it here.

Q All of this stems from your passion for film. What made you fall in love with film?
I was always fascinated with film. My family has been very supportive from the start and they told me to do whatever I want in life as long as I go to the very end and do it well. I knew I wanted to do the film as soon as I was done with my A/L’s. Films were always larger than life for me. Film has a shelf life of its own, it will live on even after you, kind of like creating your own legacy. As human beings, we love to immortalise ourselves and people do that through kids or building statues. For me, it's film.

Q Then when you started Junkyard Theory and had these interviews, it must have felt like meeting your role models?
Definitely! When Richard Norton agreed to do the show, I totally freaked out! My dad is a Martial Artist and I grew up watching martial art movies as a kid so having someone I had seen all the time growing up on the show was surreal. I was also so blown away when Dean Cundey, the cinematographer for Jurassic Park agreed to be on the show – it was the biggest shock. I mean, everyone has seen Jurassic Park and here was the man behind the camera! Doing these interviews were like a one-on-one masterclass for me. I got the chance to ask the questions I wanted the answers to.

Q Junkyard Theory is celebrating one successful year! What’s improved?
(laughs) My interview skills! Honestly, it’s just been a learning curve. My first interview was such a mess. I chose the wrong platform to go live, I had no clue about the workings of a live session and not to mention the connection issues of talking to people who are halfway around the world! Nothing went according to plan. But from there onwards it was trial and error and I got better at organising each live session. I never expected Junkyard Theory to grow so big. We are now a team of 5 and we haven’t even physically met each other yet! I think the success of Junkyard Theory is the compounding effect where we think long term, but our strategy is broken down into small chunks – focus on one guest, one course at a time. It’s crazy how we’ve gained momentum and expanded. We are trying to stay humble and grounded, but at the same time, we are proud of the progress we’ve achieved so far.

Q The educational platform aspect of Junkyard Theory is the first of its kind in Sri Lanka. What do you offer?
The education platform offers basic and advance level online modular film courses. Right now, we are running courses on basic and advance screenwriting and film production development. In the future, we want to introduce film editing, VFX and motion graphics and shooting action. We started the online platform early 2021 and it’s been going great. We even have a few guests who we’ve interviewed in our live sessions join in and do master classes and I’m amazed by the enthusiasm and dedication they have towards these courses. For instance, we had once had Ashley Avis who directed Black Beauty for Disney+ join us. She was doing a documentary on wild horses at that time but she still joined the class while on a 6-hour drive from one state to the next. Even though she was on the road, she still carved out time to teach and interact with the students!

Q Looking back on all your progress with Junkyard Theory, what are your favourite memories from the show?
One of my favourite guests was Sanaa Kelley who creates sound effects and is very popular on Instagram and TikTok. My interview with her was so much fun. Richard Norton and Dean Cundey were definite highlights and linking up with Simon Barry, a producer for the Netflix series were very insightful. But what I am most proud of, or my favourite outcome of Junkyard Theory is our education platform. We have students who enrol not knowing anything about film making and then they completely impress us towards the end of it. It feels amazing to know we facilitated that. 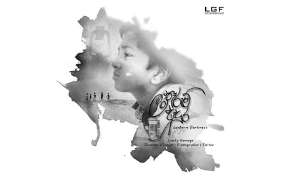 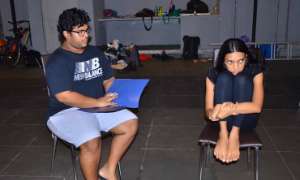