“….. some are born great, some achieve greatness and some have greatness thrust upon ‘em,” - Malvalio, from Shakespeare’s Twelfth Night

In whichever form one achieves fame, the greatness of enjoying this fame is by accepting it gracefully and, most importantly, being humble about it instead of being arrogant, obnoxious and throwing one’s weight around so that it sickens all those around you. 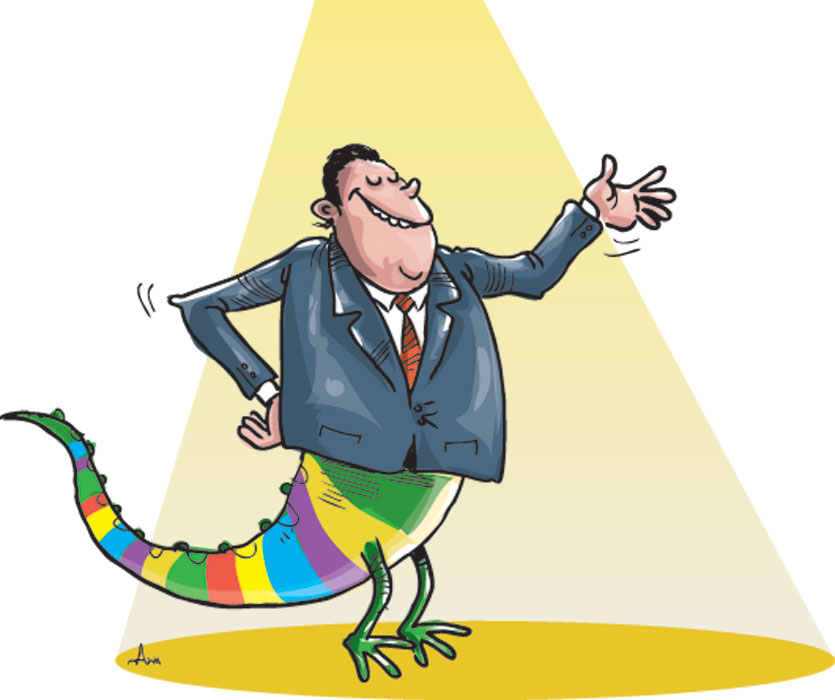 In Colombo we see people shooting into the limelight overnight for a very short time.  In this limited timespan of being whoever, the chameleon in this human being is very visible to all around and people begin to witness a totally unexpected side of such persons.  The importance that they attach to themselves, the arrogance and throwing their weight around is quite appalling. In some instances it seems that not only the individual who has shot into fame behaves in such a disgusting manner but results in a chain reaction where the entire family inherits this atrocious behaviour and the general public have to put up with their insufferable conduct. One would expect that such people would have witnessed the history of other short time great people and learn to be unassuming and humble.  Unfortunately, this certainly does not seem to be the case; like most others they think they have come to stay forever.

Then there are the others, a few in number, who have shot to fame but yet remain humble, especially those who have pots of money. But the pretend millionaire in this playground are also many.  Their personal stories at times are unbelievable but in public they tend to play the role of a Don Juan throwing their weight and money around. It is quite amusing to watch such shenanigans but mainly it gives one a reality check and keeps oneself grounded.

Being humble whether you have it or not is a great quality in a human being and appreciated and respected by most people.