Keep Calm and Hakuna Matata! When it’s Simba, the first thing that comes into mind would be the Lion King. Which was in fact the movie that Simba’s beloved owner took inspiration from. And the best part? The name actually suits this adorable fluffball, with its gorgeous golden brown fur coat and mischievous eyes screams out the fact this fat Louis is always up for adventure. Although many would say he’d be best named Garfield, but there can only be one and not everyone appreciates lasagna! So say hello to Simba - loyal, stunning and fat! 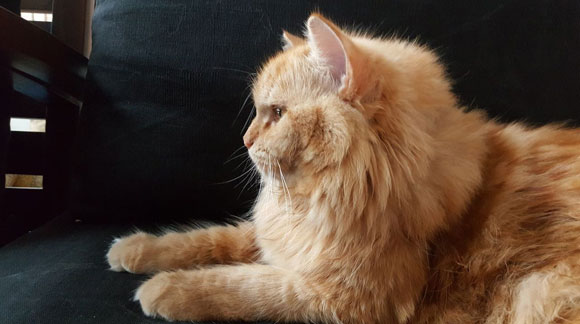 The Lion King was the first movie I ever watched and to me, and only me unfortunately, Simba did resemble a sort of miniature lion and thus the name stuck. Quite a lot of people believe that he should have been named Garfield.

He’s quite fat. Very fat actually hence one can tell that meal times are imperative. He can be very moody though where he won’t eat unless somebody is sitting right behind him so he can lean backwards and expect to be fed by hand. Since we started bathing him when he was just a kitten, he’s used to it now and doesn’t make a fuss. Every now and then he’ll cling onto the nearest object to avoid the water. 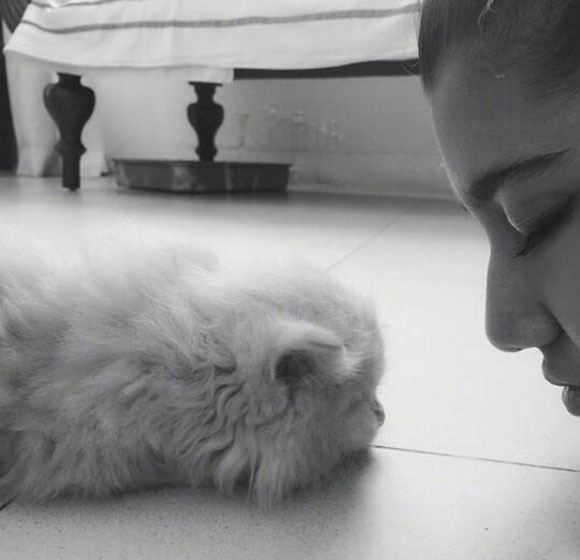 He isn’t very graceful. Legs spread, tail in the middle and whatnot.

Trying to fight the toy dog, occasionally giving it a lick and chasing marbles. 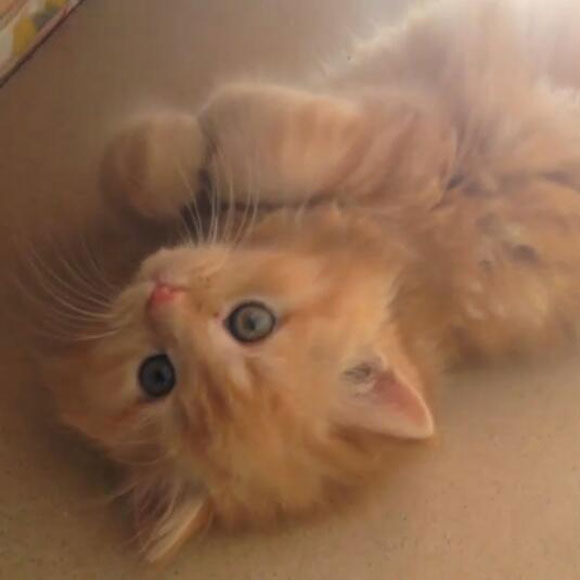 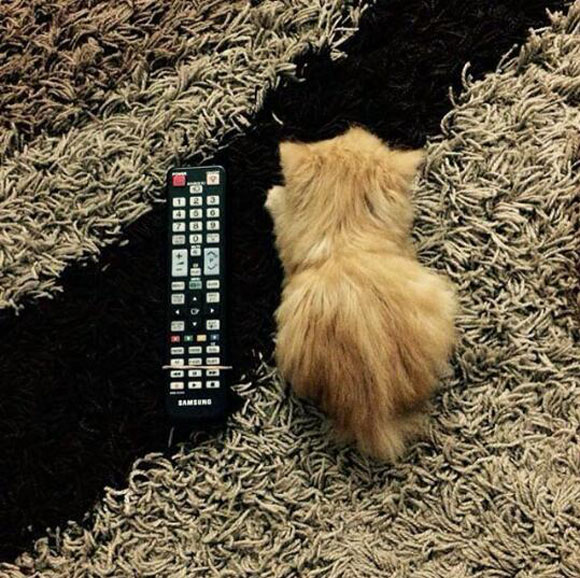 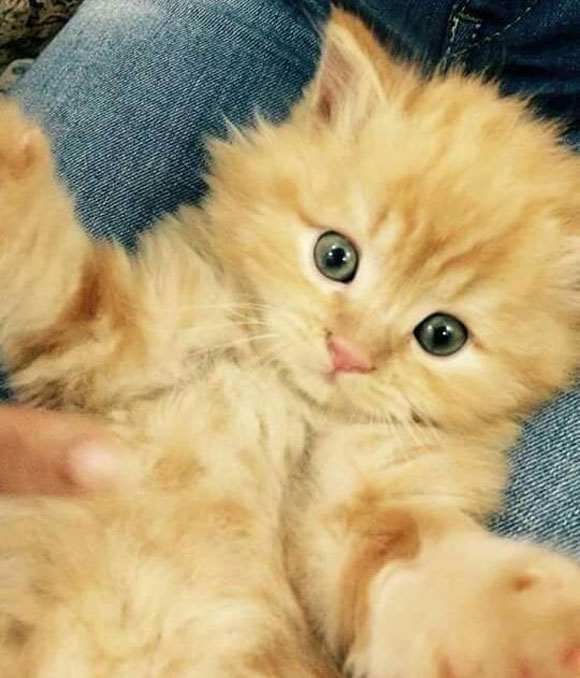 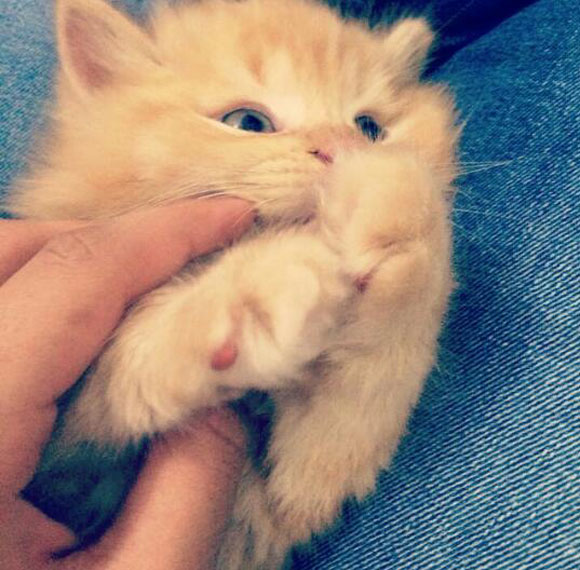 Pooped in the new car, broken a plethora of fragile furniture, knocked ornaments down from the dressing table to wake me up etc.

Depends on who’s returning. If it’s my dad he’ll bounce forward eagerly or stick his head through the stairway but he usually runs if it’s me.

He licks tears. His hunting method consists of sitting on the prey, eventually suffocating it which I think saves a lot of time and energy. 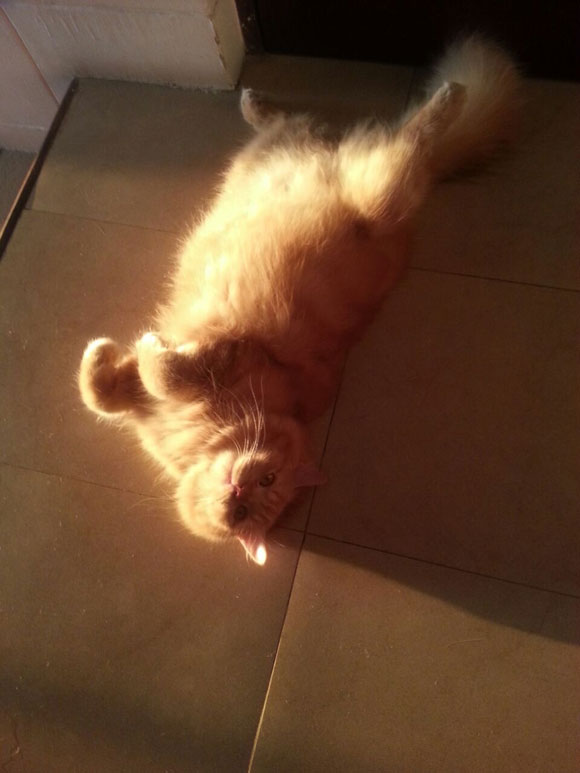 There are loads actually because of the amount of stupid acts he’s done. He did become very protective once when there were two men in my room fixing the AC, whilst darting furtive glances at Simba who sat on my bed and hissed at them.

Once, my brother and I got into a fight and he stormed towards him, bit his toe and then came and sat by my side. It was a very emotional moment. 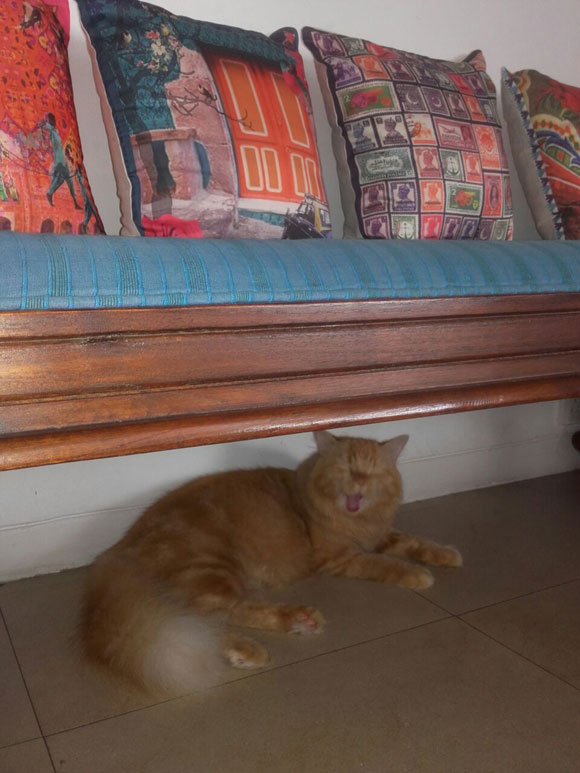 It’s safe to say that all our lives revolve around Simba really, thus him being a spoilt brat is to be blamed on us.

Possibly the strange things he does, the way he sits, expectantly looks at you and waits to be stroked. At the same time, he’s very loving and if in the right mood, will let you cuddle him for quite a while. People often remark that he’s a lot more patient with humans than other cats normally are.

He likes climbing up on the dashboard during car rides, rolling around on the floor waiting to be combed, eating plants and flowers along with climbing up and down the stairs with the poor dog in his mouth and then fighting it for hours on end, even though it’s just a plush toy. 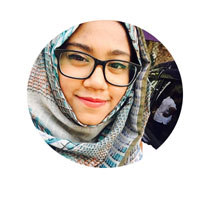