Range Rovers are pretty awesome, but this Dalmatian named Rover brings a whole new definition to fun! Say hello to Rover, an adorable little doggy pal and also someone you'd want to hide your earphones from! 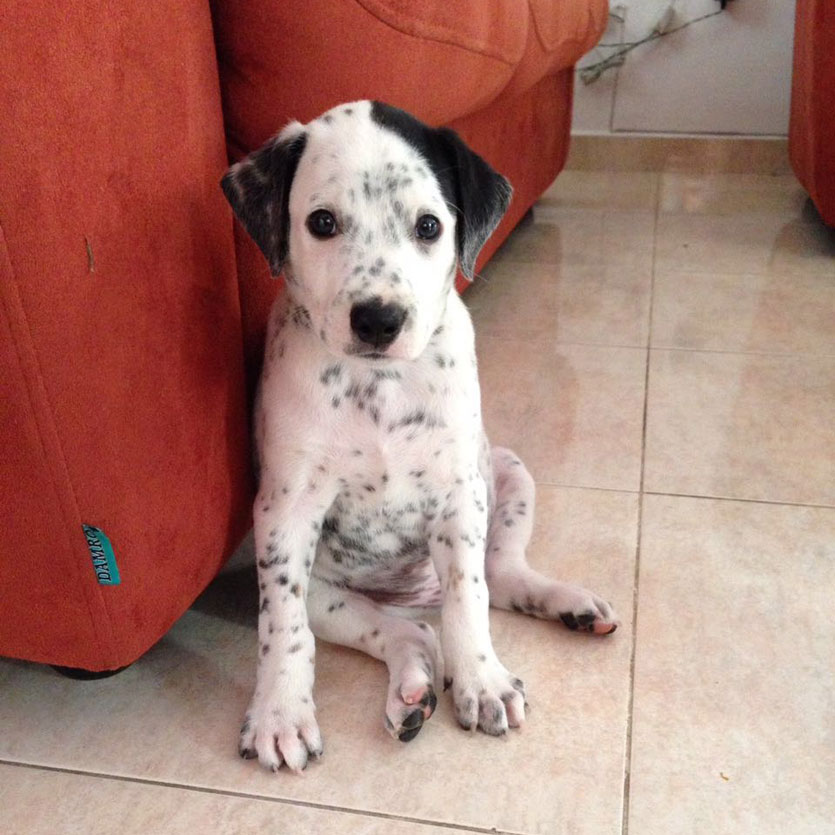 Well, there is no actual story. I like the name.

Bath times are more or less the same. He usually showers twice a week and if he's feeling hot he will bark at us and show us the washroom saying he needs a shower and he loves to stay in the water. 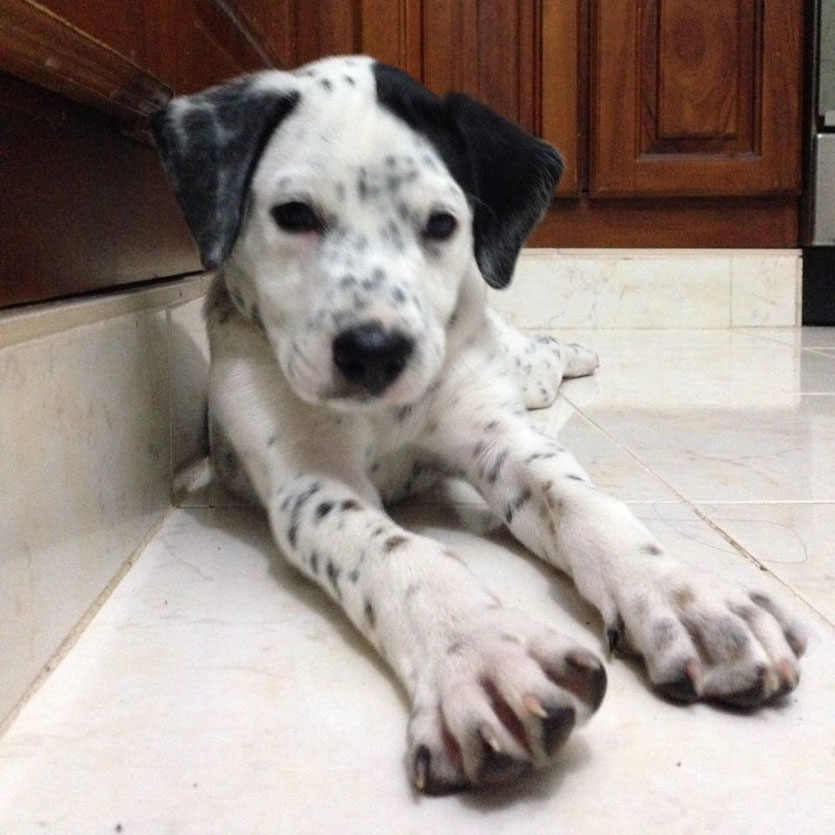 Well, what fascinates me the most is how he conveys what he wants and tells us by showing the object and barking.

His favourite activity is bringing his rubber fish to me and playing fetch. 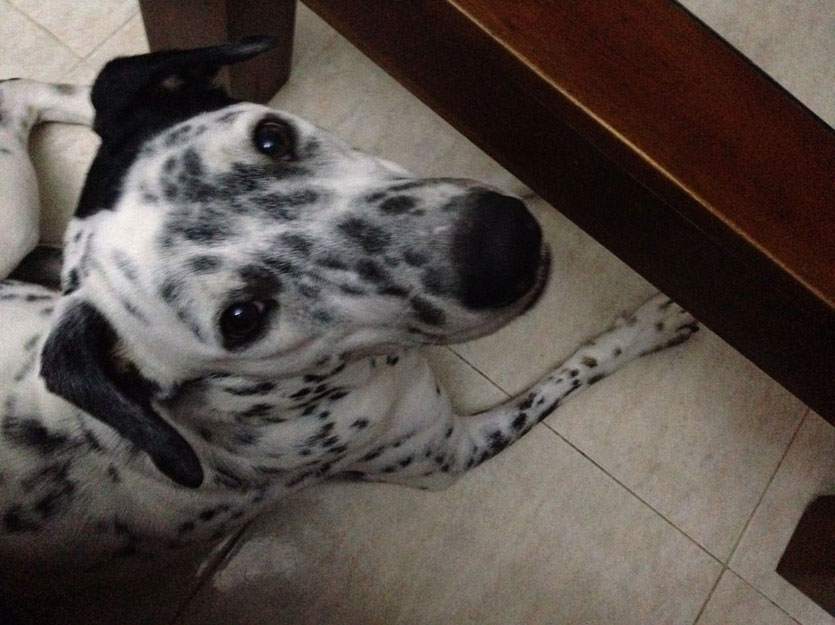 He ate the earphones which came with my iPhone!

Well, he will bark in this cute manner and wag his tail when I'm near the gate, and when I open it he'll come rushing at me and jump on me and lick me and bite me playfully, and then he'll run around. He's very happy when I come home, and he wants me to carry him. 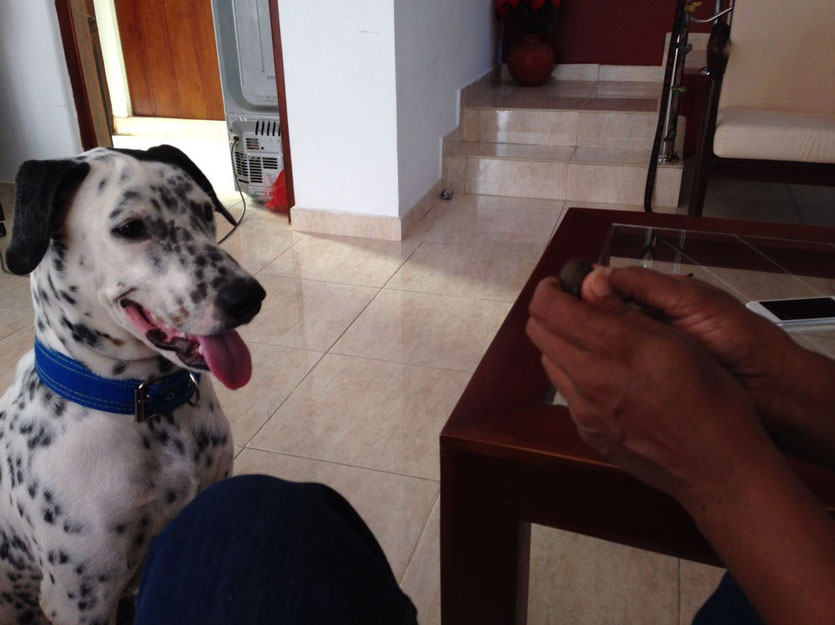 Well, he does something unforgettable on a daily basis but there was this particular occasion I took him for a walk and we were quite far from home and his leash broke and there were other dogs around us in addition to some neighbours walking around. He looks at me with his mischievous eyes like he's going to do something stupid and ran and I just yelled his name! He looked at me and I started running home and he chased me all the way home. 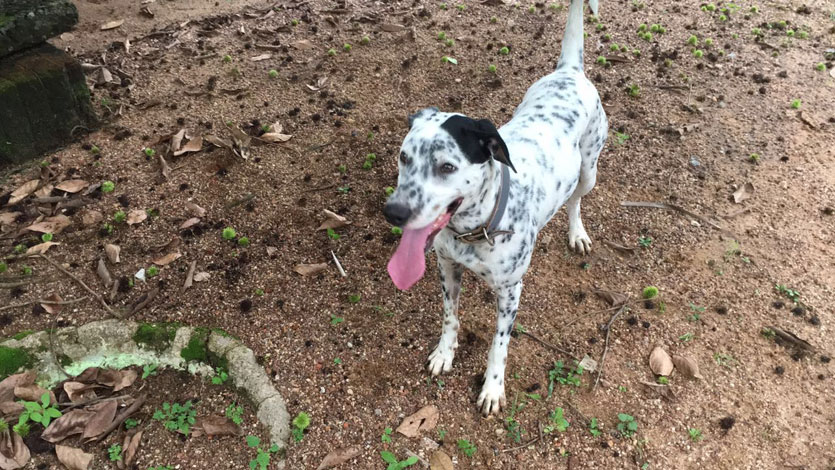 When he was about a month old, he was not tall enough to get on to the sofa. So he would try and fail every time, and then eventually I would help him up and this little fellow would try to climb on me. He would get to my shoulder and start to play with my ear.

Yes, a lot. Now I rarely get lonely in the house with this bundle of joy.

Well, he's so cute! And all the cute little things he does. Sleeping on the bed with all his paws up, his handshakes, his high fives. Almost everything! 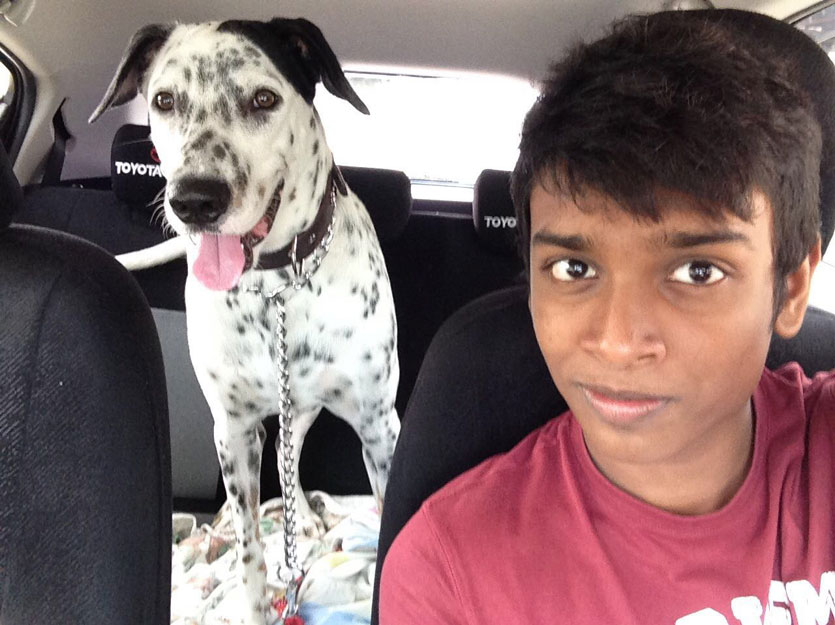 Rover is never tied up, and he's always wandering around the house. When we eat we usually give him his food at the same time. And he will finish his food in a few minutes and come near me or my mom and look at us with his puppy dog face. Well, if that doesn't get him any food he will sit down and keep his hand on my lap and ask for food.