When asked about Caesar, the Illankoon’s are quick to state that “he's the greatest thing to ever walk this earth”. 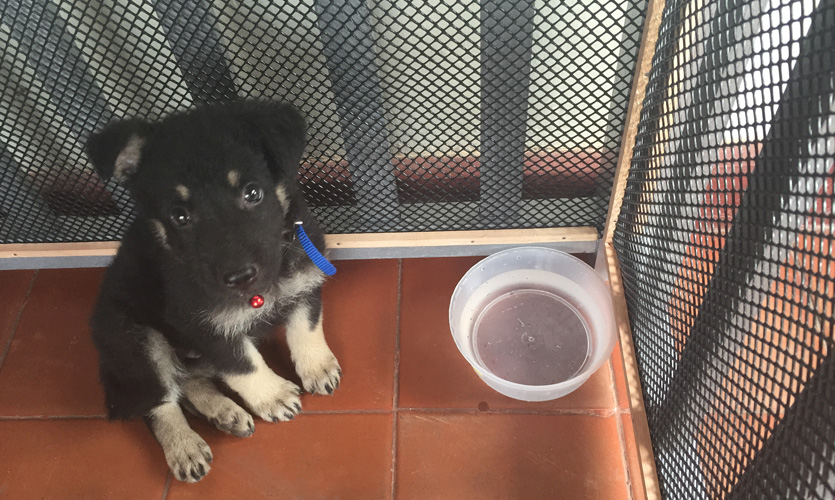 Breed : Belgian German Shepherd (well, some form of GSD-we've never been sure because he's a skinny dude)
Age : 1 1/2 yrs
Owner : I want to say Duvindi, but my sister will have my guts for garters so let's just say he's been adopted by the Illankoons.

How did you find Caesar?
My dad brought him home after work in January last year-he got Caesar from a friend because our old dog had passed away sometime back and he needed us to stop moping around the house and dropping heavy hints about it. 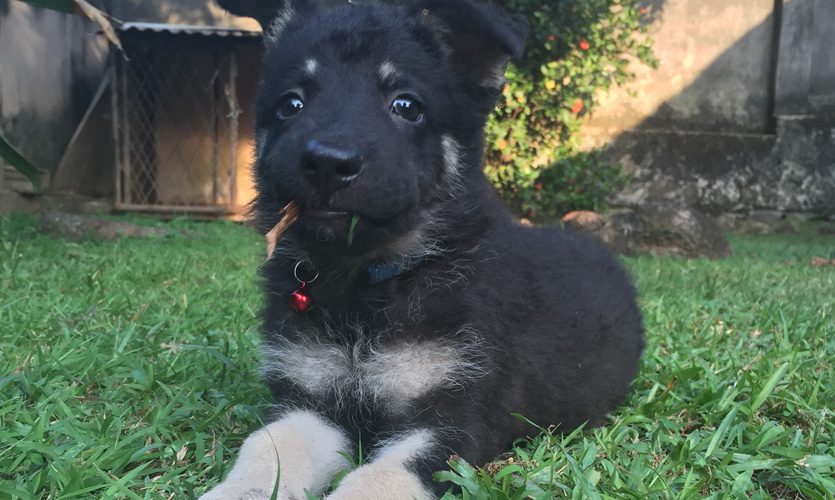 What’s the story behind the name you've given?
No story. Our parents wanted to name our last dog after a mobile service provider so we rushed to name him quickly before they could suggest a brand of cereal for this one.  Also my sister found it amusing to name him Caesar just so she could name the future dogs Cleopatra and Brutus!

What are meal times and bath times like?
Any time is meal time for Caes, but we've given him a routine. This doesn't stop him from gazing longingly at whatever we eat or drink though. Bath time is always awful-I'm pretty sure our neighbours think we're putting him through some special form of torture. He has no issue with jumping into mud puddles and running into the pouring rain, naturally.

What’s his favourite thing to do?
Playtime-he gets so excited that he prances around like a goat. I kid you not.

What’s the naughtiest thing he has done?
He once ate a book I had borrowed from the library-they were not pleased.

How does he react when you return home?
Major excitement. It's honestly the best part of my day :)

Does he do anything out of the ordinary that fascinates you?
Caesar can jump pretty high. Although maybe other dogs do this too and I'm just one of those really irritating dog owners who think that their dog is the cleverest, cutest dog that ever was (which he is, obviously) 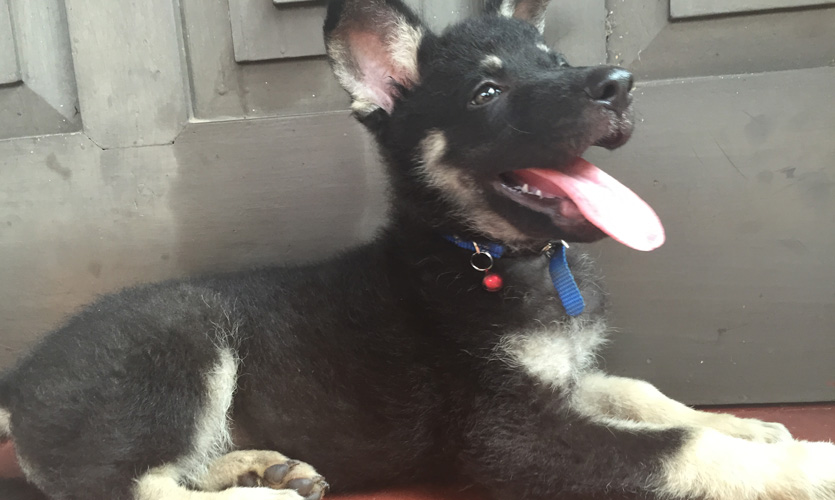 What’s the best thing about him?
This curiosity about everything that happens around him. Our dad likes to make dad jokes about how he was probably a Customs officer in a previous life because he judiciously sniffs all of our bags when we walk past him-especially the Sunday groceries.

What was the most unforgettable moment you've shared with Caesar?
Can't single one out. Which Is exactly how it should be.