On Buzz with Danu, I feature Ashanthi de Alwis who released her latest music video last Friday –which speaks on suicide, which is a big issue these days. Sri lanka is listed as the country with the fourth-highest suicide rate in the world, Sri Lanka is currently grappling with the most devastating national health crisis that it has ever faced, and projects like this help people who are in a dark place to speak out and see the positives in life
Today she speaks about her inspiration and more on Buzz with Danu.

1. Why did you pick suicide as a topic for your next music video?
I was browsing through the internet and saw an article from the WHO on suicide statistics in Sri Lanka. The rates were alarming. Besides being one of the highest in the world what really surprised me was that the rate of attempted suicide amongst women was the highest. I felt like there were underlying issues that as a country and community we were not addressing. This is why I created ‘Hitha Danne Mithuranne’ to address something very crucial in today’s society.
2. Tell me about the song? And others who worked on it?
The song was composed by Ken Lappen, written by Sampath Fernandopulle and mixed and mastered by Lahiru Perera at Music Oven. The song features two prominent personalities in music alongside myself - Randhir and Manasick from Drill Team
3. How long did you work on this project?
It took me about 3 months to gather the data and go onto music composition and video. 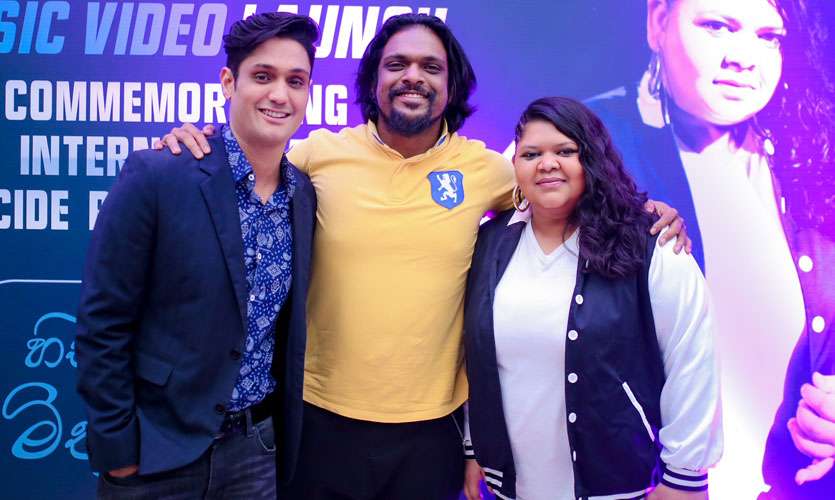 4. How was the launch, and what has the feedback been for the song?
The media launch was held on the 7th of September and it went really well. There were representatives from English, Sinhala and Tamil media  networks. I wanted to the networks to give this  this as much  publicity as possible to get my message across to the public, since it is such an important and often overlooked topic in today’s society.
5. You were silent with new music for sometime, but how has 2018 been?
2018 has really been my comeback year. From the start of this year I’ve focused on music from the get go and I’m not gonna stop. I took a small break to clear my head and come back with a bang and it’s really turning out to be more than what I expected.
6. Are you still a part of the BnS team?
After 20 years of being part of team BNS, they are family to me. So yes, I will always be there for their special events but not on a regular basis. I’ve decided it’s time to concentrate on my solo career and also build a strong duo with Randhir. 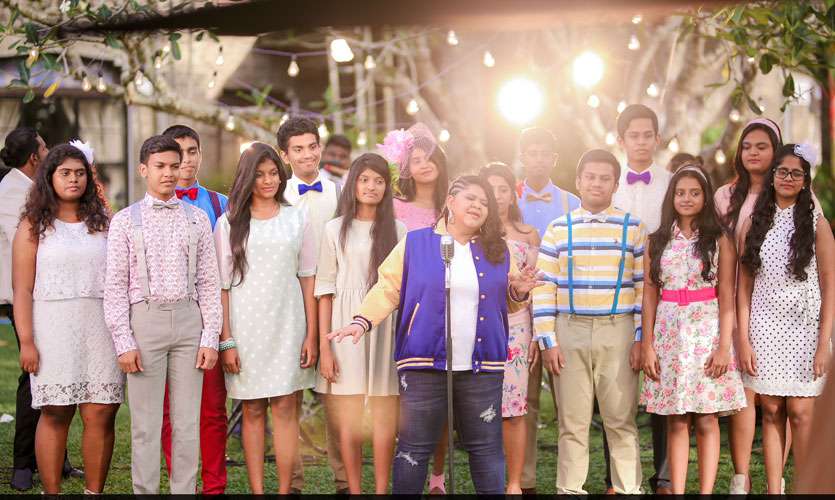 7. What are the upcoming projects?
Lots in store! Besides the two new songs I have just released on suicide prevention and cervical cancer awareness, I’m gonna be focussing on creating new sounds and trends in music.
8. What is your personal opinion when it’s comes to “suicide” and what would you say is the pressing issues in Sri Lanka?
I feel that there is lack of awareness and lack of attention towards the subject. I also feel there is a lot that needs to be done when it comes to mental health awareness, how to cope with issues like break ups, exam pressure, sexuality, bullying etc. there are a lot of subjects like this that are often ignored in our society that need immediate attention. If you ask me personally what someone can do for another, I’d say we don’t have to start big.
Even asking the guy seated next to you in class if he is ok or being kind to one another can cause a ripple effect. If we spread love it will resonate around the world and possibly help save lives.
9. How can one reach out for help, and where?
Speak to your closest friend. That’s the starting point. And if you need to reach out for help there are many helplines where you can access professional advice.
10. You worked with British Council and Mobitel. What was their involvement and support?
British Council and Mobitel gave me immense support on this project. Besides funding the project The British Council will be taking this on as a global project, showcasing it within their worldwide network as an exemplary project funded by the Voices and Choices Fund. Mobitel and I have teamed up to offer all proceeds of this song in to a fund for suicide prevention. Mobitel will also be starting their suicide awareness campaign shortly of which Randhir and I are the brand ambassadors.