The ongoing environmental destruction has posed greater threats to all communities living in the country. This includes everybody from the coastal communities to those living in the estate sector and all corners of the island. Ecocide will also set the precedent for many natural disasters in the time to come. This is why preparing future generations to respond to such calamities is a vital need of the hour. 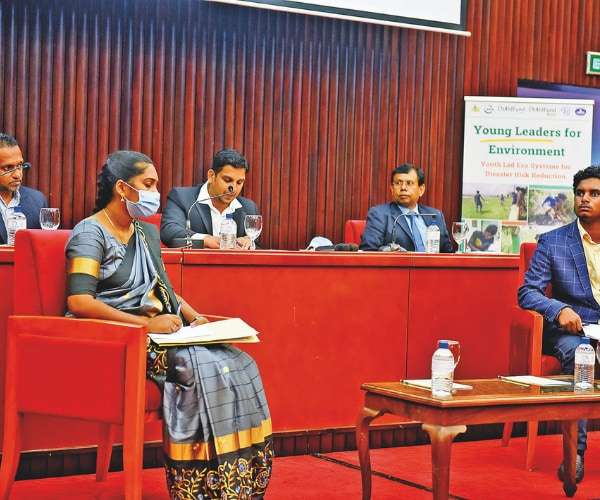 Back in 2018, ChildFund Sri Lanka, an international child development organisation working with children for the past 40 years in the country initiated a youth-led Ecosystem-Based Disaster Risk Reduction project. The project was implemented in 20 Grama Niladhari divisions in Nuwara Eliya, Puttalam, Batticaloa and Mullaitivu districts. The overall objective was to enhance resilience among the target community, particularly among youth and children. As such the project implemented programmes to ensure that communities are well prepared for disasters with emergency responses led by youth, youth-led DRR action plan and a resilient ecosystem, vulnerable families adapt disaster-resilient livelihood initiatives while also ensuring that relevant stakeholders are effectively engaged in planning and executing Eco-DRR action plans.

Youth-led micro-project proposals such as bio fencing initiatives, waste management, organic home gardening and pond renovation were supported. The success stories seen three years later are proof of how this project has given a sense of responsibility to the youth. The emergence of Young Leaders for the Environment in war-stricken areas have been able to break stereotypes and stand guard to protect nature.

Valuing the role of youth
“There were two components for this project which were Ecosystem-Based Disaster Risk Reduction approach and engagement of youth preparing communities for disasters,” said Nalaka Siriwardana Country Manager for ChildFund Sri Lanka. “It’s a community engagement project and disaster risk reduction can be done by different groups. But we need synergy between a lot of groups. It is very rare that we get the involvement of youth in these kinds of projects.”

“Firstly we wanted them to understand the ecosystem they are in and create a space for them to take leadership while giving them space for engagement with a lot of stakeholders. This way, they are exposed to a larger world than their individual lives. Since disasters are big issues that need to be addressed we questioned how youth could engage and make a significant impact. This project started three years ago and there were three cycles where we continuously improved youth engagement and it was successful. For us, it’s kind of a learning cycle and we are now in a position we are proud of especially with the results we have generated. Youth are now taking a certain level of social responsibility. They have learned about how they can study something by themselves, plan something, do monitoring and evaluation. It’s good exposure for them and through this whole process, they too have gained a lot of recognition among many. In some of these projects, government resources were allocated for youth to implement these projects and we know how challenging it is to get the government involved. As such, the youth have been able to mobilise these resources. They have learned to understand the issues around them and how they could mitigate them with available resources. That’s a learning experience for them to face life in the future. So it’s not only about DRR or ecosystem reservation but also learning about life and the world.”

Speaking on challenges they had to overcome, Nalaka said that youth are dynamic and their expectations and aspirations are different. “We use conventional approaches to mobilise youth and most of the time we fail. Youth participation is one of the biggest challenges in our programmes. I think it’s mainly because we don’t understand their aspirations and the speed with which they are adapting to the rapidly changing world. Therefore we have to offer attractive initiatives for them to get engaged. There’s a huge discourse about the environment and destruction and a lot of youth have shown enthusiasm towards it. This was the main entry point for us. In terms of other challenges, as a society, we have certain perceptions and prejudices about youth. Breaking those too were challenging during this exercise. In this project, we had to work with a lot of stakeholders. Therefore breaking conventional and stereotyped thinking about youth and their potential and their commitment was another big challenge. But youth were valued as an important element of society as the project continued.”

Policy approaches
Focusing on a few policy-related highlights, Dr Ananda Mallawatantri, Country Representative for the International Union for the Conservation of Nature (IUCN) said that when they were in several districts they saw how the government machinery such as the Disaster Management Centre, Irrigation Department, Agriculture Department were warming up to the youth. “But learning the science of disaster risk reduction was needed.

“We were having a challenge in front of ourselves because this subject is so technical and had to be simplified and be taught in two languages. So we had our team that was ready to do bilingual teaching in simplified language. We were looking at the health of the ecosystem and its ability to reduce the risk. There were climate challenges such as heat, rainfall variations, drainage and how to keep store water using approaches such as rainwater harvesting. What we found was that information wasn’t there in the planning structure in a significant way. Government colleagues were aware of climate change but how to put that on the ground and mobilise youth along with them was unanswered. One of the main interventions was to ensure that this information was made available and these scientific processes were explained properly. Some of them included the use of wetlands, how all these processes started with cloud capture in the central hills, why you should have trees in upper catchments, why you should avoid erosion to save reservoirs and banks, minimising evaporation by growing trees which became policy because we wanted to reduce risk and to save money for rebuilding or for providing meals and water.”

“Then came the technologies that became part of the policy. We use limited fertilisers and pesticides, ecological restoration of tanks, land use planning and how districts have the capacity to identify the right price of land. So all these are ecosystem thinking. Likewise, our policy focuses on around 13 areas where they can be improved. Priority is providing food but we could do much better in risk reduction.”

He further said that the youth were looking at results. They were asking the right questions and wanted to monitor everything on science-based information. They also wanted to make money. This is how small gardening and medium enterprises came forward and this is one area we could improve on. We saw a lot of innovation and a lot of suggestions being pooled in.”

Breaking cultural barriers
Sharing her experiences, Thavaputhalvan Thavapiraja, a youth leader representing Thurukka Youth Club in Batticaloa said that initially, her family asked her to focus on education. “But when ChildFund Korea started this project in the area I had the chance to participate in a workshop on Eco-DRR and was interested with the concept. Today I have become a young leader for the environment. I was able to break through cultural barriers and I’m today to speak to all of you on Eco-DRR. This project gave me confidence. The youth in the village joined me to implement the project in the area. As a woman and a young leader from a rural village in Batticaloa, I’m proud to be here to see the outcome of the project. I have also developed personal and leadership skills and I’m able to design, propose and implement projects at the community level and communicate with others in the community. We can do better and create an eco-friendly environment. We started with 24 people and now there are 150 people involved. We have more voices added from young girls and boys and was appreciated by all parties including the government, NGOs and local community members. Therefore I’m grateful to all stakeholders for taking care of us and nature. It would be great to expand these projects to other youth segments so that nature can be preserved.”

Giving recognition to youth
S. Rocksanthan from Drops Youth Club in Radella, Nuwara Eliya is another youth leader that emerged from this programme and is doing a great deal of services to his community. “Prior to the project, there was a lack of awareness about disaster management. As a young leader, the project helped in the operational area following trends in waste management. We selected some schools and replicated training for students. The stakeholder relationship has been strengthened as there have been several interactions with the forest and agriculture department and estate management. We were the youth that engaged in decision making and it provided us with recognition. The waste management aspect also developed psychosocial wellbeing among youth.”

“I like nature and want to protect it and as youth, we are gaining ownership of these projects. We have now formed an early warning and emergency response team on WhatsApp. Since the project duration was short there was less opportunity for behavioural changes,” he said in his concluding remarks. 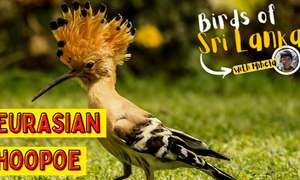 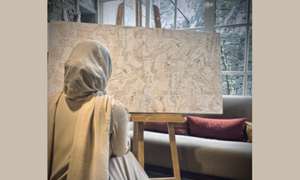