The prevailing drought situation has affected many districts in the island, reminding us that water is an invaluable resource. While some residents have access to water tankers stationed in these districts, others have to walk miles to get water from tanks and reservoirs in the area. Making matters worse, many tanks have less water to be used for farming or for daily purposes. But sadly, a nation that flocked together to donate relief for flood victims has forgotten those affected by the drought. 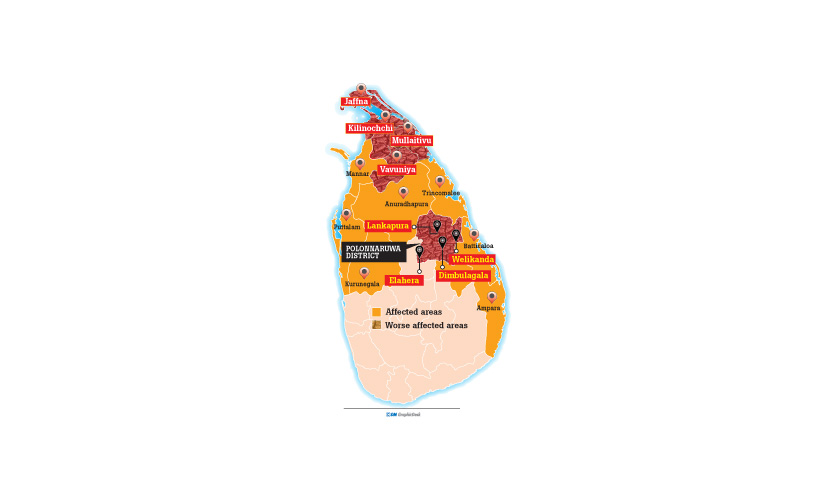 Worst-affected districts
In the Polonnaruwa district itself, around four Divisional Secretariats have been affected. Areas such as Welikanda, Dimbulagala, Lankapura and Elahera are the worst affected. Within the district, close to 14,000 people have been affected; around 3000 school children are without drinking water facilities. The Provincial Secretariat has been distributing water for over two months. All wells and public water systems have dried up, depriving the people of water. The worst affected area so far has been Welikanda, affecting close to 13,000 people. Over the past few months, people have been collecting water from bowsers and they have to travel long distances to find reservoirs for their daily needs. Therefore there’s not enough water available for bathing and other household activities. 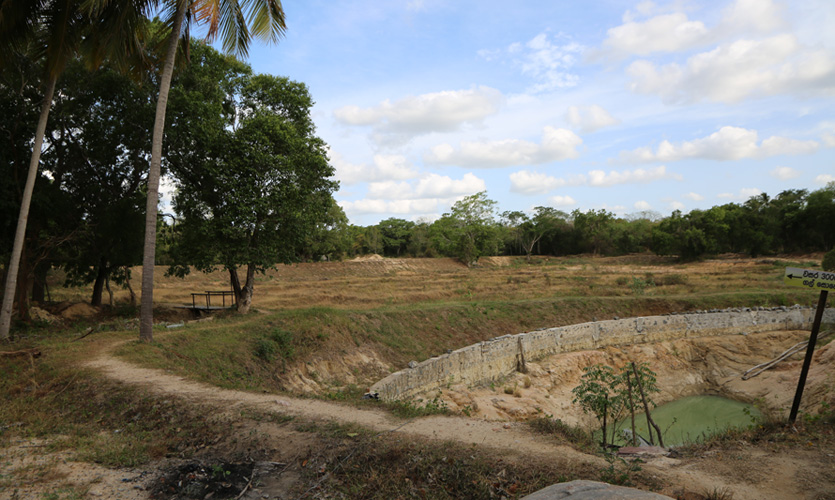 In the meantime, the water crisis has affected all five districts in the Northern Province. Hence, more than 120,000 people have been affected in the Jaffna district itself, while another 80,000 or more have been affected in the Kilinochchi, Vavuniya and Mullaitivu districts. Life Online also learned that in some areas drinking water is being sold. A human being requires a few litres of water per day but residents of these areas have to use salty water for washing and bathing.

It has been estimated that the expected paddy output during the Yala cropping season will fall to a staggering 48% in 2017 from a year earlier amid lagging effects of last year’s drought and floods in the wet zone.  Similarly, a 49% drop in paddy output was also seen in the Maha cropping season – this time to 1.478 million tonnes from last year’s record of 2.9 million tonnes. 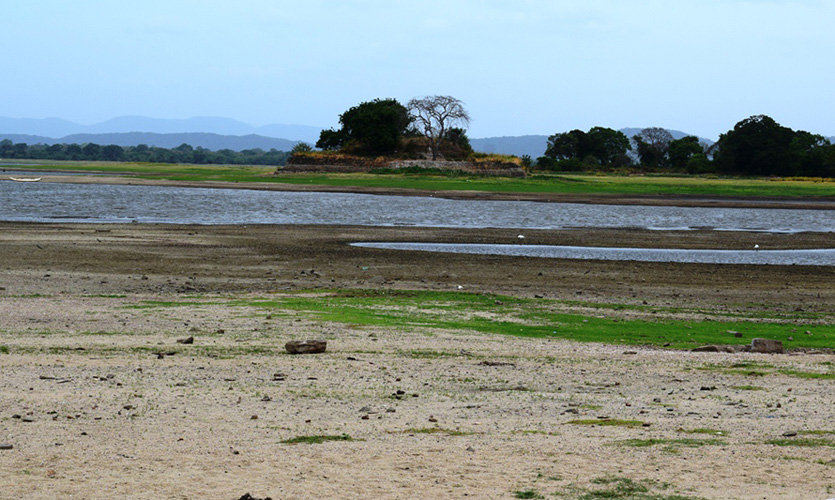 Major irrigation tanks in the dry zone remain at low levels and since both monsoons failed in 2016, the water levels expected for growing rice has remained low this year. The prevailing weather conditions will continue till mid-September with occasional showers. But these showers may not be enough to boost storage in irrigation tanks.

According to the Irrigation Department Director (Drainage and Flood Systems) Janaki Meegaswatte, there has been a yield reduction in the Yala schemes.

“So far we have requested the people in affected areas to save the water that comes from tap lines for drinking purposes. The water levels of most tanks are at a very low level. In most of the main tanks the level is as low as 10%. It will be impossible to release water for Maha season and farmers will have to wait till it rains. During 2016, most of the rains were experienced in the wet zone.”

“If dry weather prevails, crops would be damaged” : Pradeep Kodippili

Disaster Management Centre (DMC) Assistant Director Pradeep Kodippili said that over 900,000 people have been affected in over 15 districts.

“More than 6000 tanks have been dried up in the North, North Central, Eastern, Puttalam and Kandy districts. It is a rather unexpected situation and if the dry weather conditions prevail there will be damage to crops as well. The DMC has distributed relief items such as drinking water and any other additional requirements. Crop damage has been assessed and the Ministry too will look in to the matter.”

“Water tankers and bowsers have been stationed in most areas” : Chaminda Pathiraja

Speaking to us, Senior Assistant Secretary at the Disaster Management Ministry Chaminda Pathiraja said that so far 18 districts have been affected by the drought.

“This includes close to 113 Divisional Secretariats and we are distributing water in over 90 of them. We have also allocated money to the District Secretaries in these areas and they are investing on the necessary amenities to provide water to the people.

So far we have allocated a budget of Rs. 43.225 million from January this year. Water tankers and bowsers have been stationed in most areas in such a way that close to 30 families could have access to one tank etc., thereby increasing the accessibility for the residents. The National Disaster Relief Centre also received eight bowsers as a donation from India and we are to receive another eight from Korea this week.”

The drought situation has reached a point where over 268,000 people are affected across 12 districts. These include :
Trincomalee
Ampara
Batticaloa
Jaffna
Mullaitivu
Vavuniya
Kilinochchi
Mannar
Kurunegala
Puttalam
Anuradhapura
Polonnaruwa