Sri Lanka’s north western most point, Mannar is a region that is synonymous with flamingoes and other exotic birds that make it a bird watcher’s paradise. It is also known for its kite surfing scene that is increasingly becoming popular post war.

The region however, offers much more than the usual sites

Just before entering Mannar, before the Giants Tank are two British constructions.

The first is an irrigation system that was constructed to distribute water from Giants Tank to the nearby villages. The since abandoned construction is now being renovated by the government to provide water during this period of  drought.

The other is a hanging bridge, made entirely out of steel. The bridge to date is used by the villagers to cross. However, I did not want to test the creaking structure by walking across! 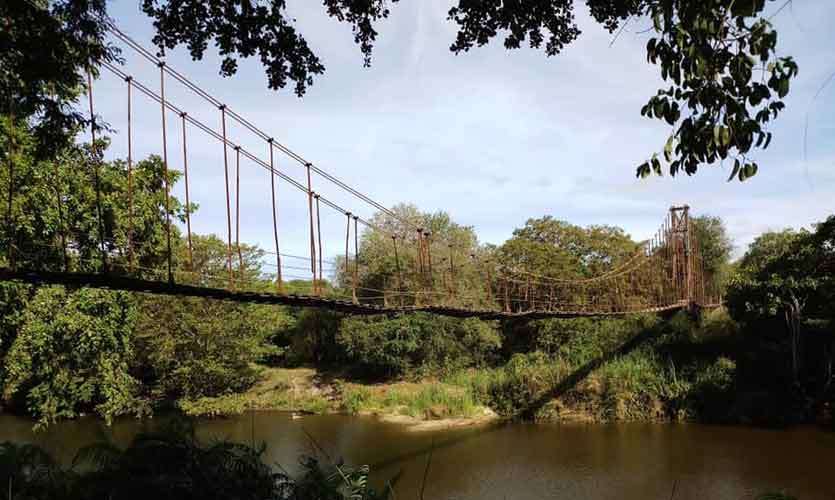 Further inward, is an ancient irrigation system, developed during the time of the kings, that served the same purpose as the British irrigation system. However to reach this location requires a 4x4 Jeep and as such, we had to turn back regrettably.

When entering Mannar island, the Portuguese and Dutch constructed fort, sits imposingly on the edge of the water. The fort is sadly in a bad condition. When walking through the archways, I came across an old plaque with engravings in Portugese/Dutch. I hope this is preserved unlike the the plaque at the entrance of the Trinco fort that was whitewashed and ruined! 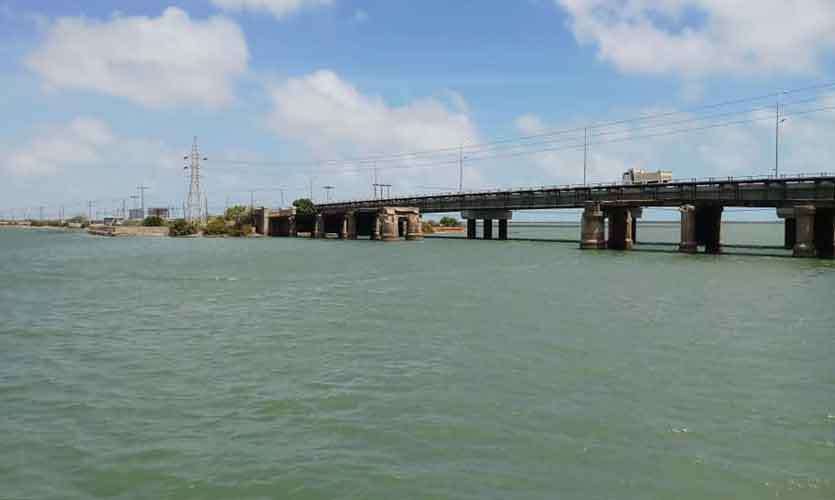 From the fort, the remains of the old bridge that connected Mannar Island to the mainland that was destroyed by the LTTE, can be seen parallel to the newly constructed bridge. The bridge and the lagoon provide for beautiful pics at sunset. 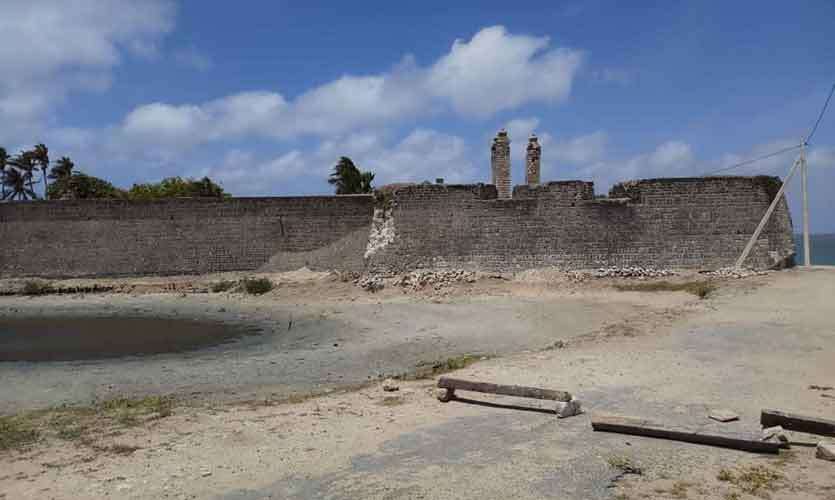 The famous Baobab tree is known to everyone who visits Mannar. What perhaps is not known, is that the tree was brought to Sri Lanka over 700 years ago, brought by Arab traders, through modern day Pakistan. The tree however originates in Africa. Of the 40 Baobab  that are found in SL. 34 are found in Mannar. This particular tree is the biggest tree in SL. A predominant Catholic region, the tree is also called the ‘Judas Bag’ owing to the fact that the fruit contains 30 seeds, similar to the 30 pieces of silver Judas betrayed Jesus for.

This is a relatively unknown place in Mannar, but is one with an interesting story and needs to be studied more. From what I gathered, the following is the story;

Elderly villagers always prove to be the best people to talk to when visiting new places. The villager i spoke to said that a story of 2 tall siblings (legend says they were 40 feet high, but that is because back then anyone taller than normal was considered giant like) landed in Mannar in a boat. No one knows where they came from. They later died and were buried there

Subsequently during the British reign they were said to be Adam and Eve. This is given the whole Islamic and Christian story of creation, Adam’s Bridge that is still there to date and of course Adam’s Peak. This also is with regard to a popular belief that SL was said to be the garden of Eden, mentioned in the story of creation and that once cast out, Adam and Eve returned. 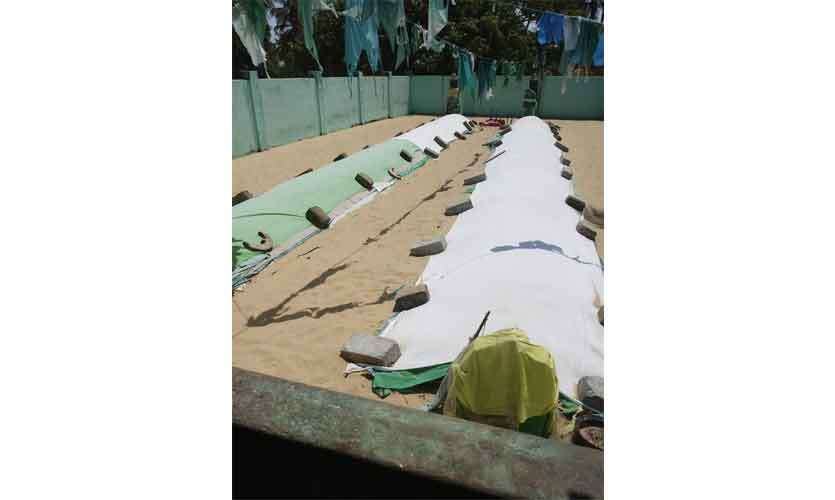 But as per the account of the villagers they were just 2 siblings, very tall, who landed by boat and no one knows where they came from. This story has been passed down from generation to generation..

Due to security concerns, the pier at Talai-Mannar is closed to the public.  It was, however open until a few months ago, and will be opened once more in the future. Railway lines still exist in a few places on the pier. This pier, was the last stop before boarding the ferry to India. What’s interesting is that in British Ceylon, visas were not required to cross over to Rameswaram India. People, such as my grandmother, who was studying in Madras at the time, purchased a train ticket from Ceylon to India, as simply as one might purchase a ticket from Maradana to Ragama today - Simpler times indeed! 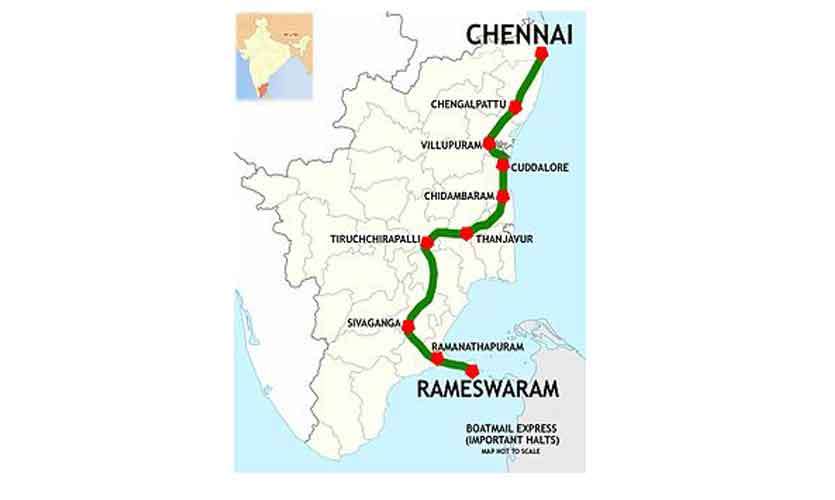