Limitation of jeeps in Yala Block 1 : Another short-sighted decision?

The Yala National Park became a trending topic over the recent past with its never ending traffic jams at its most popular Block 1. Taking several complaints by wildlife enthusiasts and concerned parties into consideration, the government recently decided to limit the number of jeeps in this area to 350 per day. But various parties including the jeep drivers claim that this is a rather impractical decision when considering their livelihoods. 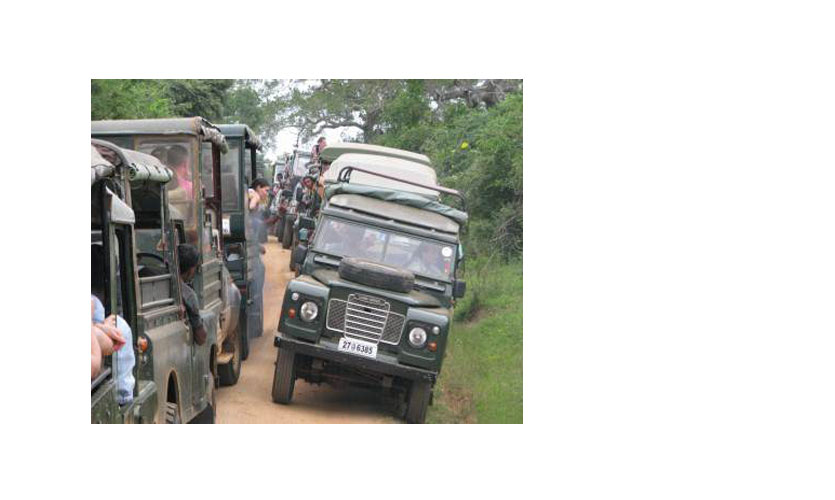 Hence, the Daily Mirror Life spoke to a few individuals of varied expertise who voiced out their concerns with regard to this matter.

A two-pronged approach is needed to solve this issue : Dr. Sumith Pilapitiya 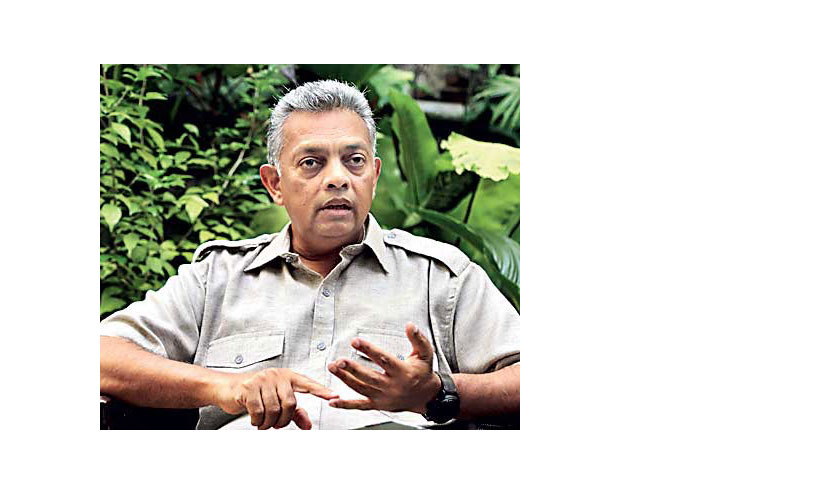 “There should be no debate that wildlife conservation in a national park should take precedence over tourism,” says Dr. Sumith Pilapitiya, wildlife enthusiast and the ex-chief of the Wildlife Department. “Over the last decade or more, wildlife conservation and protection has taken a backseat to tourism in all our national parks largely due to the Government’s emphasis on revenue generation from national parks. There is absolutely no debate that Yala National Park Block 1 is over-crowded and has too many vehicles.  However, this was not a situation that was created overnight.  The visitation numbers to Yala have increased over 1000%, from 43,368 visitors in 2008 to 545,007 visitors in 2015.  There are over 700 commercial safari jeeps in the Tissamaharama, Kataragama and Kirinda area catering to this demand.  It is obvious that no ecosystem can withstand the abuse of 700+ vehicles, particularly vehicles driven by undisciplined drivers.  Therefore, a two pronged approach is needed.”

Speaking further Dr. Pilapitiya said that the first is to ensure all drivers in Yala are disciplined and adhere to the rules of the park, without speeding, creating traffic jams at sightings and harassing wildlife.  Strict disciplinary action must be taken by DWC against errant drivers who violate park rules—be it commercial safari jeep drivers or drivers of private vehicles.  Rules must be enforced without fear or favor.  Herein lies the first challenge for DWC.

“Past history and my own experience during my tenure as Director General of Wildlife demonstrated that politicians try to intimidate DWC officials to make exceptions for their friends and supporters.  If this continues to happen, it is impossible for DWC to enforce rules of the park.  If rules of the park are not enforced, limitations to the number of vehicles entering the park are of no use because even if there are only 50 vehicles allowed to enter the park and if these drivers are undisciplined, there is chaos in the park particularly at sightings,”

“The second prong is the imposition of limits to the number of vehicles into the park,”

said Dr. Pilapitiya as he stressed on the issue further.

“However, when the Government allowed tourist numbers to sky rocket in Yala without any controls since 2008, trying to impose limits on vehicles overnight as has been attempted recently is impractical and impossible to enforce immediately.  Limitations on vehicles have to be introduced in a phased manner and logistics of implementation have to be well thought out and be in place before imposition of vehicle limits.  For example, if only 150 vehicles are allowed into Yala National Park during the morning session, does the 151st vehicle have to come all the way from Tissamaharama with tourists to the park office in Palatupana (which is almost an hour away) to find out that they have exceeded the limit of vehicles entering the park? For a country that is trying to promote tourism, inconveniencing tourists by bringing them all the way to the park entrance to be told that the limit of vehicles allowed to enter the park has been exceeded is not a professional way of acting.  Therefore, when the political authorities make a decision to limit the number of vehicles allowed into the park, DWC must be given adequate lead time to implement the system in a manner that visitors to the park are not inconvenienced.  The DWC is proposing to introduce a system of electronic ticketing where tickets are purchased electronically before the visitor leaves their hotel.  This reduces the uncertainty and inconvenience.  A second option is to have a ticket office in Tissamaharama,”

The livelihoods of the commercial safari jeep operators also have to be protected.  After all, one of the few benefits the local community adjacent to Yala derives from the national park is revenue from operating safari jeeps.  According to Dr. Pilapitiya, the literature on international best practice on protected area management specifically states that the long term survival of the protected area depends upon the benefits gained by the local community. 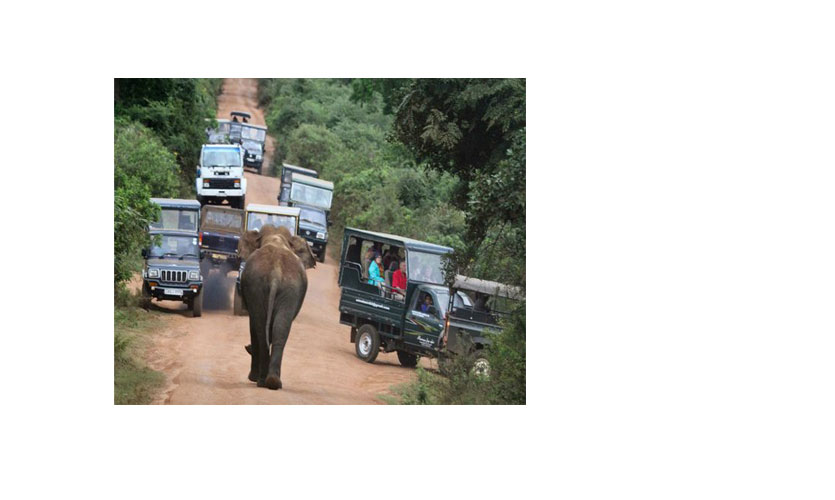 “Therefore, while I am in full agreement with bringing in limits on the number of vehicles, I strongly suggest that the authorities do it in a phased manner so that the livelihoods of the local community are not jeopardized.  The DWC has a plan to develop Blocks 3, 4 and 5 of Yala National Park for tourism.  Development of a road network and rehabilitation of water bodies have commenced already.  Once these blocks are developed and sightings are improved, the DWC has a plan to limit the number of vehicles to Yala Blocks 1, 3, 4 and 5 by distributing the available commercial safari jeeps into these four blocks.  When this is done, there will be a limited number of vehicles in each block while not adversely affecting the livelihoods of jeep drivers,”

In his concluding remarks he said that a multi-stakeholder committee including the DWC and the Ministry of Wildlife, the tourist trade and conservation NGOs and other wildlife experts appointed by the Prime Minister’s office came up with an Action Plan to comprehensively address over-visitation in Yala.

“The Action Plan was accepted by the PM’s Office and the Ministry of Wildlife and DWC was requested to implement the plan.  The DWC had agreed with the jeep driver societies in Yala to implement limits by April 2018.  This gives adequate time for DWC to have the logistics of imposing limits on vehicles without inconveniencing visitors in place and it also gives a chance for jeep drivers and hoteliers to inform potential tourists that vehicle limits are going to be imposed in Yala.  However, all carefully laid out plans come a cropper in Sri Lanka due to political interference in the work of professionals.  It was a political decision to open the park earlier than planned and impose limits on vehicles immediately.  Had the DWC been given the independence and political support to implement the Action Plan developed by the multi-stakeholder committee, we may not be in the situation we are in today.”

Wildlife is fast disappearing and less action is taken to change it : Otara Gunewardene 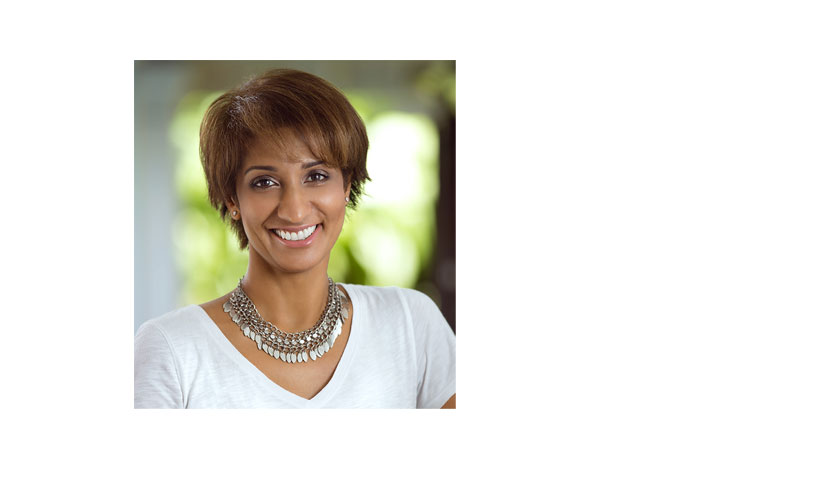 Speaking to the Daily Mirror Life, wildlife enthusiast and Founder of Embark and Otara Foundation Otara Gunewardene said that the pressure on Yala with the number of vehicles in a day is a well-known fact and one that is repeatedly spoken about with less action taken to change it.

“There have been decisions taken to manage the situation better but it does not take long until a new plan is abandoned. I have met many a tourist who will never go again to Yala as it is turning out to be a very unpleasant experience. What Sri Lanka has to sell is an incredible wildlife experience overall but lately it has become one that is fast disappearing with overcrowding at Yala , our dwindling forest cover and poor animal welfare standards. Even in their home which has been protected for the wildlife, they are not given the respect they deserve. Where other experiences are concerned, the zoo and Pinnawala are two places in desperate need for improvement of the animal welfare standards.”

The decision is short-sighted and politically inclined : Jagath Gunawardena

Environmental lawyer and wildlife enthusiast Jagath Gunawardena said that this decision to limit jeeps is short-sighted and has been instigated by politicians.

“Limiting visitors to Yala is something that we have been repeatedly asking for a long time. We need to think about the welfare of the animals because it is their habitat. Therefore there are two ways in which this matter could be resolved. One is that the number of vehicles could be limited and the DWC can run a vehicle service. The other is to have a smaller number of larger vehicles than a larger number of smaller vehicles because they tend to engage in nefarious activities. Another issue that has to be raised is why this decision was taken and the Block was reopened a few days prior to the actual date of reopening.”

This is an impractical decision : Independent activist
The Daily Mirror also spoke to Tharindu Gihan, another wildlife enthusiast from the area and President of Save Yala, an independent organization voicing for the rights of jeep drivers and visitors in the Park who said that if a proper decision is not taken the livelihoods of these jeep drivers will be at stake.

“By 2016 there were 700 registered jeeps which did the rounds inside the Park. Initially there were close to 1000 or 1200 vehicles frequenting the Block 1 every day. But now the government suggests that per one session only 175 vehicles will be allowed in the Block. Therefore only 350 jeeps can only go on their rides on a day. This is rather impractical as the DWC has done a wrong calculation with the months that we are open. The Park is not open to the public in September due to cleaning purposes and from May to July is its off-peak season. During this time we don’t have visitors and whatever these people should earn should be during the season. In addition to that this Park has boosted the tourism sector by several notches and if we put guests at an inconvenience due to a limitation of jeeps then it will reflect badly on the country. Yala is an obvious destination in their itineraries and therefore we have to be ready to cater to them.”