10 Reasons Why Your Next Getaway Should Be To Negombo

Do you want to have a quick getaway? Then Negombo is the place to go. When you enter the Katunayake Expressway it takes only under 30 minutes to get there! There is no nicer place to go in half an hour! So the next time you plan your day out think about driving up there and you won’t regret it one bit!

Here are 10 reasons why your next getaway should be to Negombo! This is the order in which I chose to explore the city. 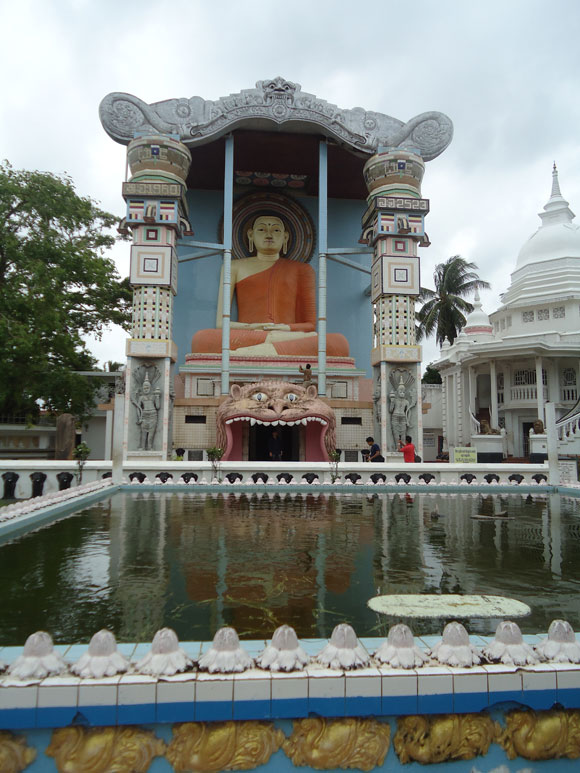 In a city with a majority of Christians there is a beautiful temple situated on your way to Negombo after you exit from the highway. The Angurukaramulla temple is well known for its Buddha statue standing 6 metres high. Its unique statues and the colourfully painted deities on the ceiling of the shrine room add to the historic and artistic value of the site. 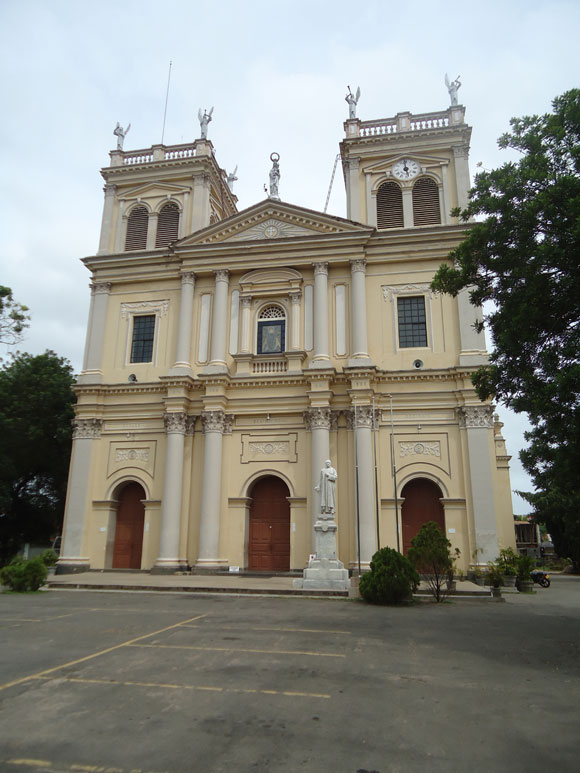 There are many churches and statues in the city of Negombo, but this one stands out from the rest. St. Mary’s Church situated in the heart of Negombo should be a definite addition to your must see list. Construction of the church was started in 1874 and completed in 1922. The art and architecture of this church show the cultural blend of the European and Sri Lankan art and architecture during the early years of the 20th century. 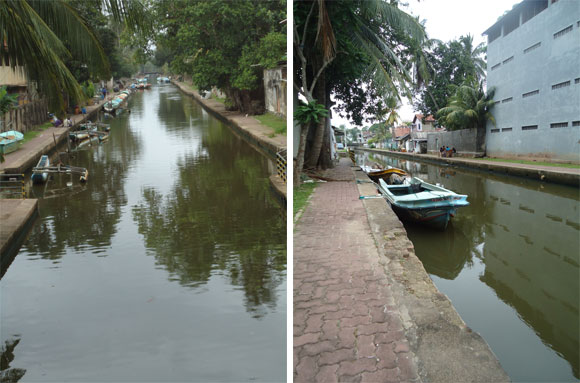 The Dutch love canals and their influence can be seen here in Negombo. At one time it was an important link in the transportation route for cinnamon and other produce, and was created by the Dutch over 300 years ago. It’s a tourist attraction and you will get glimpses of it when you drive through the city. Although it is sad to see that most areas are polluted and as a result in some places the smell is unbearable. 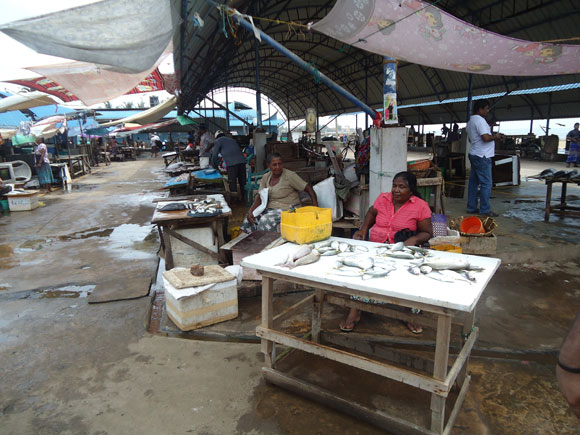 Negombo is home to the country's second-largest fish market, locally famous as the Lellama at the north end of the lagoon. We only made it there in the afternoon so it was not as busy. But we were still able to see them cleaning and layering the fish to sun dry them. And of course the market had lots of fish to sell, some kinds I haven’t even heard of before! 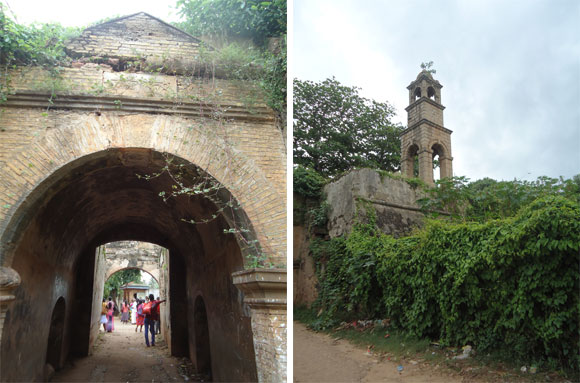 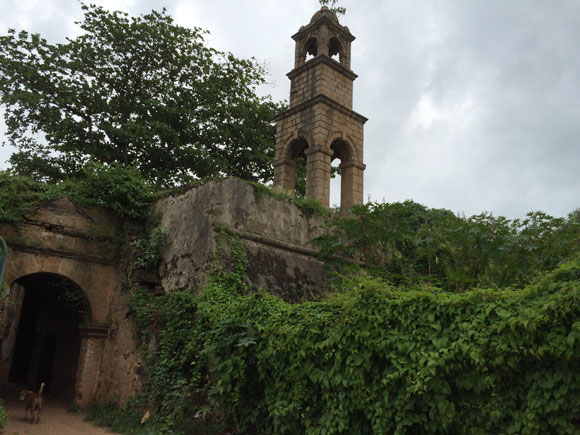 It was a small but important fort in the town of Negombo built by the Portuguese to defend Colombo. It was later captured and re-made by the Dutch in 1672. So it is more than 440 years old! It is definitely something we must showcase and be proud of. Sadly it is not. The walls are ruined with all sorts of graffiti and the surrounding area is polluted. When asked for directions most of the people in Negombo didn’t even know it existed.

Quite honestly I didn’t want to go anywhere near the water because it smelled quite odd and it was not clear. But the lagoon is famous for its water sports. And you are always accompanied by a professional so safety is assured. If you are brave enough to get in to that water you will have loads of fun! And of course afterwards you need a long shower with lots of shampoo and shower gel!

The beach is my favourite place to be. And the Browns beach in Negombo is fantastic simply because it has a long stretch of beach. So you can go on your long walks and you have plenty of room to play tap rugby or volleyball. Of course when it’s dark I wouldn’t recommend going out to the beach. The sea is also not too rough if you want to have a sea bath. Most of the hotels along the beach also have lifeguards so you have nothing to worry about.

Most of the cafes found down the Browns beach stretch or Porutota Road are owned by foreigners who sold food that were authentic to the country they were from. It fascinated me that they chose to come down to Sri Lanka and settle in Negombo to open up small cafes and eateries. We managed to visit a few of them but one in particular was fantastic. Dolce Vita served us with delicious Italian food and they even had their own homemade gelato which was divine after a sea bath in the sun! 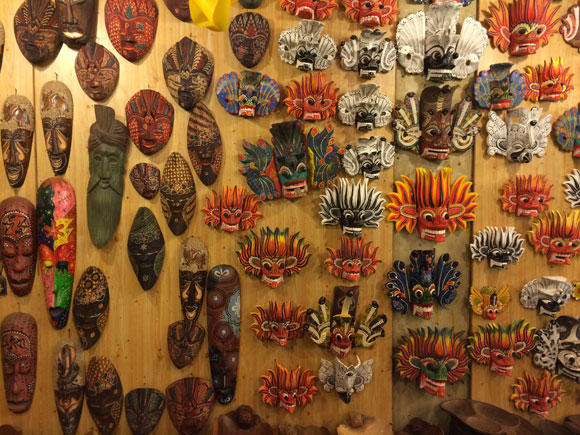 I get easily fascinated by gift shops. And if you want to go shopping there are many shops selling a variety of things. There are lots of souvenir shops selling things that you never knew you wanted to own! Most items are overpriced as they are targeted at tourists but most shops are also nice enough to sell them to you for a lesser local rate. 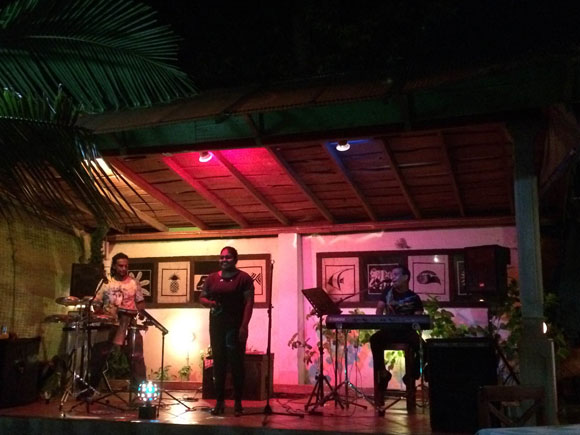 We didn’t expect much as it was only a Thursday night but boy were we proved wrong! Negombo is the ideal place to go if you like bar hopping! And you can do it by foot! Some places even had live music and the rest had DJs playing music. There were quite a few bars showing the football matches live. And the food at these places made from fresh seafood is absolutely delicious too! And quite a few of them are open past midnight for the night owls.

It is the perfect balance of culture and leisure. Honestly, you will never be bored in Negombo. My stay was short but it is easily a place where I can spend a few days and have loads of fun! 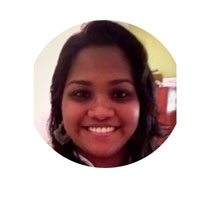 Text and photographs by Jithendri Gomes