Nicole has nothing but good things to say about her rescue kitten Luci. "Since I picked Luci up from the side of the road, she's been my constant companion, my joy and laughter, and in so many ways, a lesson in life. She's seriously been instrumental in curing my depression". 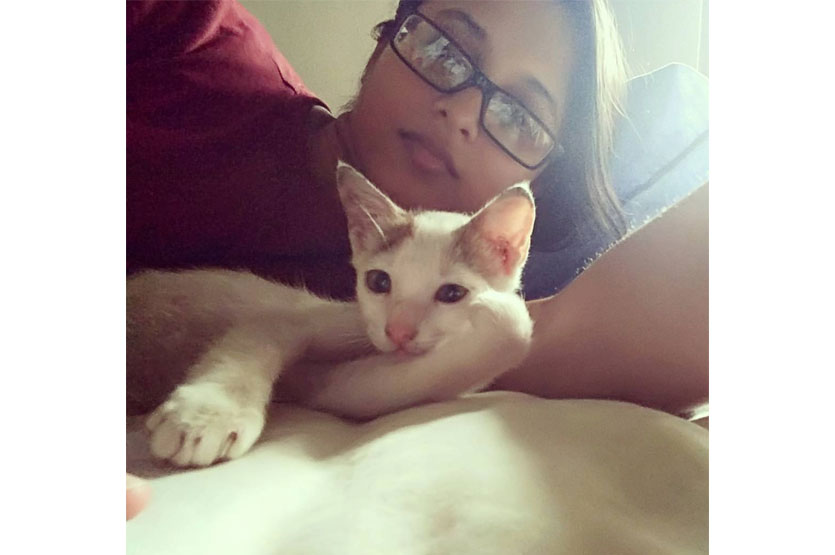 She was under a newspaper rack at a kade in Malabe near my boyfriend's house. I petted her and meant to leave her be, but someone stepped on her and she ran under a parked truck. I grabbed her immediately and just knew I was taking her home.

What's the story behind the name?

Well, I named her after Lucifer in the FOX show 'Lucifer'. On the show, the angel Lucifer is portrayed as a fallen angel who seems to be finding his good side as the show goes on. Luci is quite aggressive and violent, even though she's just playing, but when she's done playing, she'll come and curl up on my lap and sleep like an angel. So I was reminded of Lucifer Morningstar.

So since she's just about 3 months old, she needs to be fed a little bit at a time four to six times a day. I'm working part time from home at the moment so I can feed her like that. She gets cooked fish and rice, sometimes with some liver, and Whiskas as treats! Cats don't like water but unless they're on the street, they bathe themselves pretty well with their scratchy tongues! So she hasn't had a bath since the day I picked her up from the street a couple of weeks ago.

What's her favourite thing to do?

She loved chasing my hand around on the bed, and she leaps and pounces to practice her hunting skills. The rest of the time she's eating or dozing. Usually on my lap wherever I am. 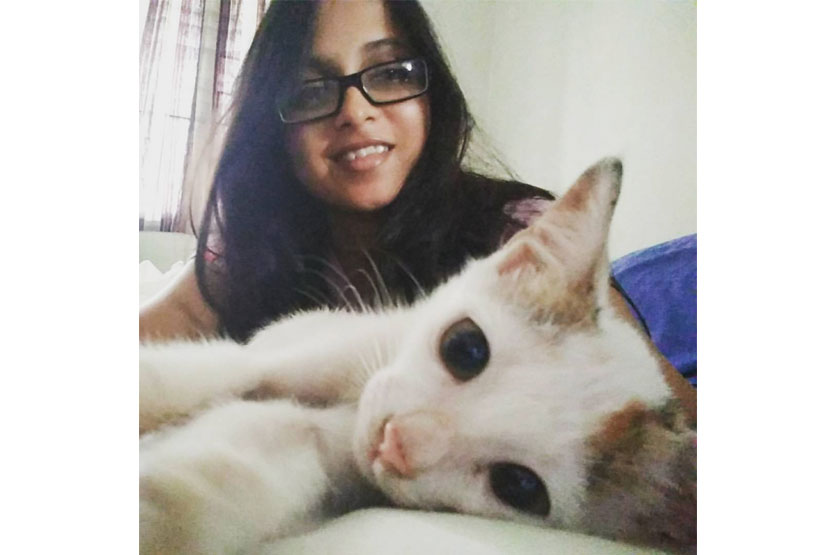 Even though she's just play fighting with me, she bites and scratches really hard! So I have a few battle scars. I need to train her not to do that with human hands and feet!

Well, I've learned that you shouldn't make a big deal about leaving the house and returning no matter how long it's for. Your cat will learn to expect you home after a certain period and when you have to be out for longer than usual, they'll be quite depressed when you don't turn up. So I don't say goodbye to the cats anymore, and when I return, she acts the same as always. She's quite independent anyway.

Does she do anything out of the ordinary that fascinates you?

Cats are altogether the most fascinating creatures to me anyway. But if I had to pick something she specifically does that my other two big kitties don't, she has these sort of thoughtful moments when she's curling up for a nap. She sometimes just stares out into space for quite a while before closing her eyes to sleep.

What's the best thing about her?

She is so full of energy and playfulness that she makes it impossible for me to feel sad now. Her antics make me laugh out loud all the time!

What was the most unforgettable moment with her?

When I first picked her up, I brought her home promising my mom I'd find her a home. But from that very first moment, I just knew she was mine. I don't usually pick up strays no matter how badly I want to, but somehow I couldn't help feeling a strong instinct with her. Needless to say, she's my baby now.