Bugsy, also lovingly referred to as Buggy, has been an important member of Sanduni's family since the day they got him. Despite being in the USA to complete her education, Sanduni claims she misses her beloved Buggy everyday. 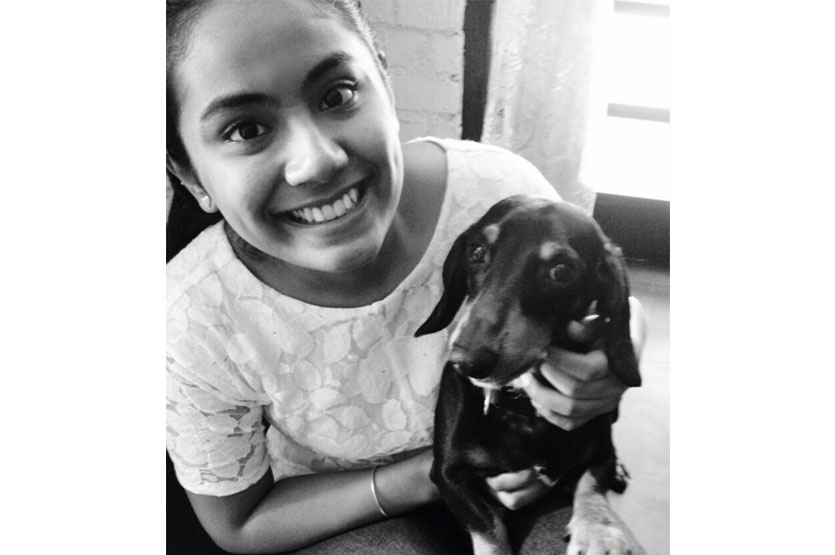 What's the story behind the name you've given him?

I thought my puppy looked a lot like the guinea pig from the movie "Bedtime Stories. And its name was Bugsy.

Meal times are practically every second because Buggy loves food. And bath time, not so much. He actually hides whenever he hears us saying the word 'bath', so we use codenames every time.

He loves to nap, all day, everyday.

What's the naughtiest thing he has done?

Well, I wish I could name one.

He goes crazy, and gets really so hyper that he runs around the house for around ten minutes.

Whenever he goes out of the house and comes back inside, he uses the rug outside the main door to remove dirt out of his little paws, and he looks like a little human when he does that.

What's the best thing about him?

I love anything about him, he's just too cute.

Once, Buggy was bitten by a snake and he came and collapsed by my side. I stayed with him the whole day at the vet and I almost lost him. But, seeing his little tail wag after a few hours was the best feeling.