The Grassrooted Trust has over a period of time worked on, recorded case studies and helped victims of cyber exploitation maneuver through the available response mechanisms, while advocating for action against cyber exploitation and violence, engaging with numerous partners and stakeholders. Grassrooted Trust supported Women In Need in developing the Standard Operation Procedure for the Police, which is being currently rolled out as a training manual. The research taken on by the Social Scientists Association for Women In Need and the experience of Grasstrooted Trust reveal the alarming impact of technology-based harassment and abuse committed on women and girls in the country, with no adequate recourse to justice or support.

Having moved its base of operations from Colombo to Yakalla, Ibbagamuwa in the Kurunegala District in mid-2020, the Grassrooted Trust partnered with a grassroots feminist organization, Women’s Development Foundation [WDF] and began to work locally with communities in the Ibbagamuwa division. WDF has worked closely with women in this region since the early 1980s on a range of issues that affect women and girls in the area. They have fought to get women out to vote; formed a female farmer movement to counter the influence of multinational corporations hijacking our rural agricultural economy; and of course, helped survivors of gender-based and intimate partner violence. For the WDF leadership to turn their focus to online manifestations of gender-based and intimate partner violence has been a challenge. The WDF leadership had to very quickly, include young people in this response. It meant speaking with both young men and women to explore the different forms of online violence that take place and having the patience to understand their reluctance to share.

The initial obstacles were around getting young people to identify, articulate and describe an online landscape that is essentially private, even intimate. Young people in the area, like their peers in more urban settings in Sri Lanka, use messaging applications and social media platforms to explore their sexuality, especially within relationships. Sharing intimate photographs and/or videos, including videos recorded while masturbating, are not unusual. This content, created often consensually, trusting their partner, whom they love, may remain private and confidential even upon the breakup or end of a relationship. There are numerous instances, however, as we’ve documented in the past, when these photographs and videos are used by one of the partners in the relationship to blackmail, extort money, and embarrass, humiliate and degrade the other. Mostly, this is done by the boy or man in the relationship to the woman or girl.

The CID Cyber Crime Unit shared in a 2019 Daily News article that over 70% “of all complaints received… are on posting of photos, videos, and chats after the breakup of a relationship.” Our work with the Gokarella Police Division in Ibbagamuwa similarly highlights that boys, men, husbands, and even fathers, in the area, are perpetrators of technologically facilitated violence against women and girls.

Men and boys, together with women and girls in the area, have a keen understanding of how shame correlates to the naked body and sexual activity. Capture these instances on camera, and what emerges are not just titillating images and videos, but material that can be weaponized to the point of forcing either partner to remain in an already abusive relationship.

In Ibbagamuwa we relearnt that speaking of sexual violence is incredibly difficult for those who survive it. In a culture of #askingforit, willingly sharing an intimate photograph or nude, as is the accepted nomenclature here too, or making a sex video with or for your partner, is replete with victim-blaming vocabulary. She deserves it. They deserve it. What did she expect? What did they expect? She should’ve known better as a girl… as a woman. Are men and boys considered blameless? No, but excuses are readily made. Of course, he wanted to see you naked. Of course, he wanted to have sex with you. You [woman/girl] should’ve known better.

We encountered one of the most extreme instances of our #askingforit culture when an eleven-year-old girl was gang-raped in the area in December 2019, and the perpetrators’ lawyers claimed in the Kurunegala Magistrate’s Court that she behaved in a manner that invited the attention and subsequent gang rape.

Our response to technologically facilitated violence against women and girls will continue to fail if we ignore the patriarchal narratives that perpetuate attitudes of entitlement and objectification.

The suppression of women and dependency on men by design that we’ve come to celebrate in what we term traditional relationships that eschew “Western” notions of equality contribute to the stilted attitudes that govern the majority of our young people. Despite our Civics textbooks that speak of working mothers and houseproud fathers, and the sharing of domestic responsibility and labour, our children, especially in rural Sri Lanka, learn differently. They learn through observation. They perceive their father and mother, and other masculine and feminine roles as society intends. The patriarchal construct is such that to deviate is to challenge norms and customs that have apparently been tested and held true. The stereotyping of gender roles and the control a woman is subject to is evident in the secondary school teacher who is sexually harassed online, threatened with the sharing of doctored nude images if she does not comply by sharing her own nudes with the perpetrator, whose identity remains elusive, lives in fear of her husband learning of the blackmail. He had argued against her becoming active on social media. The boyfriend who forces his girlfriend into committing degrading sex acts on camera by threatening to send her parents photos and videos of her nakedness. A father, mother, or both are often these catalysts of shame – he knows she will do anything to stop them from seeing what she has already done.

The preponderance of men that send out friend requests hoping for a positive response mirrors the missed call culture that preceded the smartphone, where men made random calls hoping for a female respondent and potentially sexual relationship. Lists of phone numbers of women and girls who reloaded phones at communication shops that were shared for this purpose is another example.

The absolute control that girls and women end up giving their male partners over every aspect of their lives, including knowledge of their passwords, is symptomatic of the stories we tell our children: The charming prince will look after and defend the helpless princess. Do what he says. He loves you. He wants what is best for you.

One of our key challenges in the area is to help young women believe that they can function as independent beings, devoid of the male protectors that dictate their every action. We are teaching them to say no. No. I am not comfortable. No. I don’t want to do this. No. I want to wait. No, in the face of a barrage of I love you – Don’t you trust me – No one else will know – No one else will see – You must not love me then – Do you call this a relationship, takes courage.

We are also teaching young men to accept and understand no. In a culture where one gender is subservient to the other, understanding that accepting no is an important and valid response, despite the learning around us, takes courage.

Our work in the area also includes parents and their roles as confessors and apologists with their offspring. We strive to help them understand how important it is to be firmly entrenched in their child’s corner; to defend, to nurture, to be compassionate, and above all to be open to the potential of learning and unlearning together.

Young people need to be able to communicate in ways that hitherto our culture may find too open. As parents, we become uncomfortable and place caveats on what children and young people are allowed to say. We cloak these caveats with terms like respect, reinforcing harmful realities that limit respect to outward actions of standing or bowing; a relationship of power. We must revisit any notion of respect that denies open communication. We must help our children first respect and value self before we demand it of them for ourselves and others.

In our experience thus far, moratoriums on smartphones and devices have failed. Young people will always find access. Even if it means spending LKR500 and leaving an identity card at selected communication shops island-wide that hire out phones by the hour. Communication shops that self-confessedly run data retrieval software on phones that are returned, just to see what content has been created - content, they can now access.

Only open lines of communication can help prevent and respond effectively to technologically facilitated violence online. To bring about this shift in perceptions and attitudes we have to speak with both our boys and girls; boys who will soon become men, and girls who will soon embody what it means to be a woman in Sri Lanka.

Hans Billimoria is with The Grassrooted Trust that works on the prevention of all forms of gender-based and intimate partner violence, and advocates for education reform to include social-emotional learning in our pre-school and school curricula. 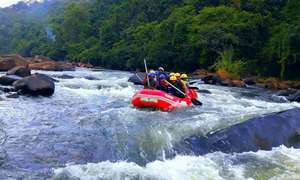 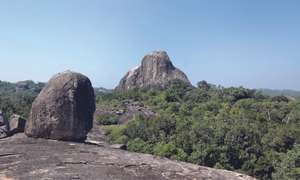 Touring Arugam Bay during the off-season 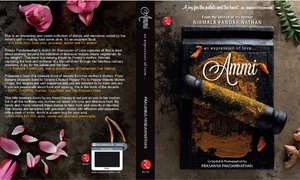