Today on the Buzz I speak to an old-time Josephian, Ranj, who is the endorsed Liberal Party candidate for the Federal Seat of Holt in Australia. If voted in, he will be the first Sri Lankan Australian born Aussie to make it to the big house. Ranj speaks about his life and what is making him take this stand. 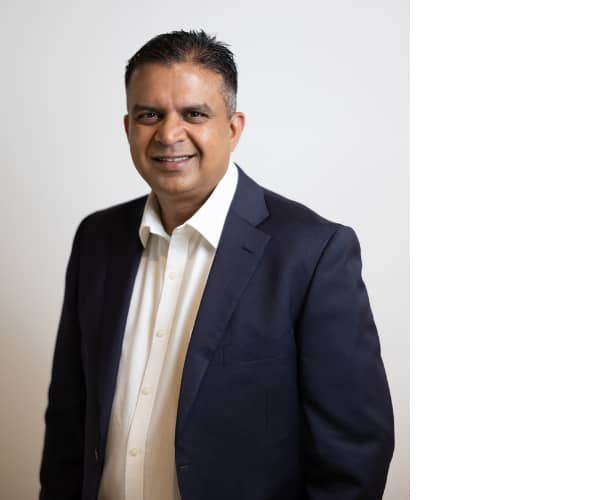 1. What made you take up politics?

I have always been interested in Politics. Since I was a teenager I used to always watch parliamentary sittings and in particular a segment called Question Time. I also always wanted to serve my community. I have been committed to community service and doing all I can to support our communities. Also, I truly believe that I can make a strong contribution to our communities by being in parliament. Whenever I have had the opportunity to do so I have always done something to help, assist and enhance our community.

I have been working as the Chief of Staff and Senior Advisor to the Assistant Minister for Customs, Community Safety and Multicultural Affairs and during that time I have worked hard to assist all communities. This will give you a perspective of what support we have given to communities. I played an instrumental role in supporting many temples and community organisations through government assistance and grants.

The Scott Morrison government supported the Sri Lankan Buddhist Temples here in the suburb of Berwick with a grant of $780,000 ( around 190 million Sri Lankan rupees). This was given for the construction of a building for a Sinhalese language school. I am proud to have been involved in a project to support our children to maintain their mother tongue. We did not stop there, we continued to support the protection of temples through the Safer communities grant.

In total, we have given more than $2 Million to Buddhist temples

Likewise, we have supported the Hindu temples through a grant scheme called the safer communities grant. In fact, the Morrison liberal government has given more than $2 Million to Hindu temples.

The Morrison government has supported the multicultural communities in Australia possibly more than any other government in the past. It has been inspirational to be involved in this.

2. How has the support been from the Sri Lankans in Aussie?

Speaking of Sri Lankans, we have a wonderful Sri Lankan community in Australia who do a tremendous service to Australia. They are a very hard-working community that always strives and aspires to do well.

3. What would your policy be if you get elected?
I have many areas that I like to focus on. I am in particular focused on: The economy - the strength of the Liberal party is the economy. Ensuring that the people of Holt have better employment opportunities and prospects.

Currently, Australia has a very low unemployment rate of 4% and during one of the worst pandemics the world has ever seen the Australian economy was able to withstand this very strongly and now has bounced back vigorously.  The liberal party led by Prime Minister Scott Morrison has some fantastic policies that will assist the people of Holt and indeed all of Australia.

As a member of parliament, it is also about just helping people with their problems and needs. The constituents have various issues and As the Member of parliament, he/she has a role of helping to assist and solving those problems where possible. I believe it is important for you to be available for people, to be contactable. I take the role of serving the public very seriously and it would indeed be a privilege and an honour to serve the Australian people in Holt in the Federal Parliament.

4. What are your thoughts on the Sri Lankan economy today, and how can the Lankans living in other countries help?
Yes, it is very sad to see the situation with the Sri Lankan economy. My thoughts are with the innocent Sri Lankan people at this very difficult time. It is not for me to say what people can do. I have no doubt many people are already helping in various ways. I suppose Different people will help in different ways.

For example, in my case, I am also the President of an organisation in Australia called WE CARE VICTORIA which is an association that assists people when they are in vulnerable and in difficult situations. Through this organisation, we have been donating Food Care packs for people in Sri Lanka. We do not send money we just arrange for food to be delivered. We have been working through Buddhist temples and churches to arrange this. I don’t really have a message, and to be honest who am
I to give a message. Messages will not help the people at this time.

5. What would you change in our Parliament, which might benefit Sri Lanka immediately?
I have no thoughts on this. It is not my role to comment on the parliamentary situation in Sri Lanka or any other country.

I will leave it to the people of Sri Lanka who have far better knowledge than me of this situation.

6. Tell me about life in school.

I went to school in Sri Lanka until the age of 11 or so at St Joseph's College.
I loved my life back then in Sri Lanka. My father used to work for the Bank of Ceylon and in the morning he used to drop my sister at school. It was a very pleasant time with my mum, dad and my sister. During lunch at school, we used to play cricket. Then my dad was transferred to the London branch of Bank of Ceylon. So we moved to London. I went to school in England and then at the age of 15 we moved to Australia. My latter years at school from Year 9 I studied in Sydney Australia at Benedict college - Marist Brothers. Australia has an excellent education system and I have benefitted from that wonderful system.

7. What inspires you in life to do what you do?
I am really community to community service and I have always been like that. I really believe I am here to serve. I have worked in many organisations where I was in a position to assist and support communities. Also as a Lions Club Member and the President of a Lions club currently I have always been interested in community service. Further, as the president of Wecare Victoria, this too is a service organisation.

In addition, my family also inspires me. I have a wonderful wife who is very supportive of me and four children (all boys) - they always give me the strength and the inspiration to keep doing what I do. I am very grateful to my wife because when you are in public life it can be very hard for the family.

8. Who has been a politician who has inspired you the most in life?
The current Prime Minister of Australia Scott Morrison is always an inspiration to me. Also one of our former Prime ministers John Howard is someone that I admire greatly. Minister Jason Wood, who I worked for the last few years as the Chief of Staff and senior advisor for is truly someone who has inspired me.

9. What has inspired you about the Australian Parliament?
The Australian parliament is a very humbling place. It is the People’s House. It was truly an honour and a privilege to work at the Australian Parliament for the past few years. It is a very inspiring place because it is almost like the heart of Australia. This is the Place where all the major laws and decisions in relation to the country are made. To be able to be a part of that institution is certainly very humbling and an honourable experience.