Today on the Buzz, I feature a superstar, I call him pure talent; and so true to his heart which makes him very special

Eshan has broken social media records with his ever so original content, and I’m such a fan! In Sri Lanka we are left with many keyboard worriers and Bullies – Eshan has put them all to rest with his amazing work 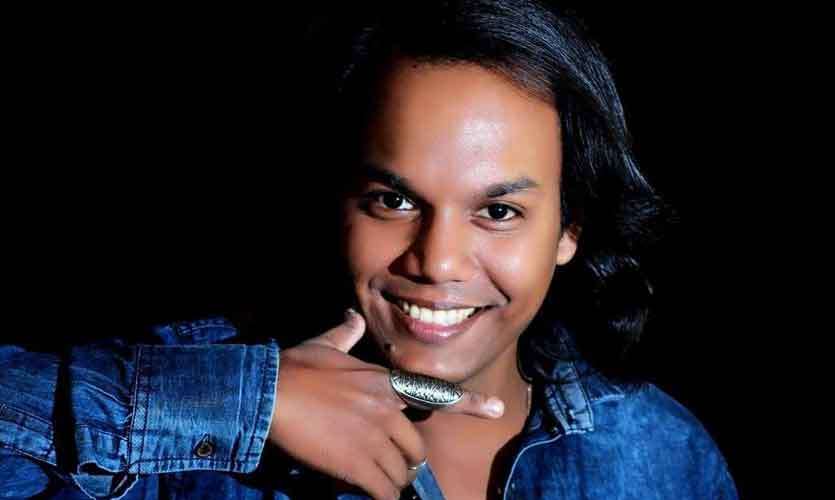 Today he speaks from his heart on the Buzz, about everything fabulous and how many sarees he has in his closet

How did you get into making Videos?

I am an avid fan of the movies. I really wanted to become an actor. So I started following the Diploma in Film making conducted by the National Film Cooperation against my parents’ wish. But I stopped the Diploma halfway through. I was sort of lost after that. It was during this time that I discovered YouTube, after watching videos of Gappiya, Jehan r and Superwoman. It inspired me to do a video. After facing great difficulty recording the video and editing it I uploaded my first ever video on YouTube. Types of Lankan Teachers. It went viral allover social media. I never thought that I would do more videos, but after that I couldn’t stop.

How do you work on your characters you play?

It depends. Some characters are so natural to me all it takes is the costume to get into character. (By costume I mean 90 percent of the time the saree.) On the other hand there are characters which need a lot of preparation. And don’t get me started with the make up process. This is what I love- a finished make up look on my face. But I don’t enjoy the process.

Do you ever hope to add more people in your skits?

Of course!! I would love to. Especially you. I have already done a few skits with an ensemble cast. This is what I need. It is very difficult to find people who can act and make people laugh at the same time. It’s very rare. That’s why most of the time I prefer doing skits alone.

How do you see the entertainment industry changing?

It is changing. But at a very slow pace. If you get one good movie, the next five are rubbish. Same with all sides of entertainment. Music, YouTube videos, teledramas. I can’t remember a day I sat in front of the television to see a local teledrama. I prefer Netflix. I really do.

How do you react to negative comments?

It was hard in the beginning. I was almost depressed and even became nearly suicidal after a so called musician started bullying me. Then I  saw International Male YouTubers doing make up tutorials and earning millions and millions of dollars. It was then I realised, these negative comments were not about me, but it was an attitudinal problem of the person who commented. It was quite a relief. And also with the support of my family, especially mother, my friends and all my loving fans I somehow  got through.

Do you remember your first performance, where was it and how did it all go?

I think it was a minor role in “Kadha Walalu” in grade 6.I had to wear a “redhdhai hattei” and say 4 lines in Sanskrit. I really loved it because it was my first experience in acting. I feel guilty saying this, but  I loved the costume as well.

What’s special about it this year?

Apart from YouTube success, I think it was the new people I got to meet this year from all walks of life. People I had to work with, the people whom I met at events, all the celebrities I met and the people who tried to make my life a living hell. Everybody either inspired me or taught a lesson. That was so fun. 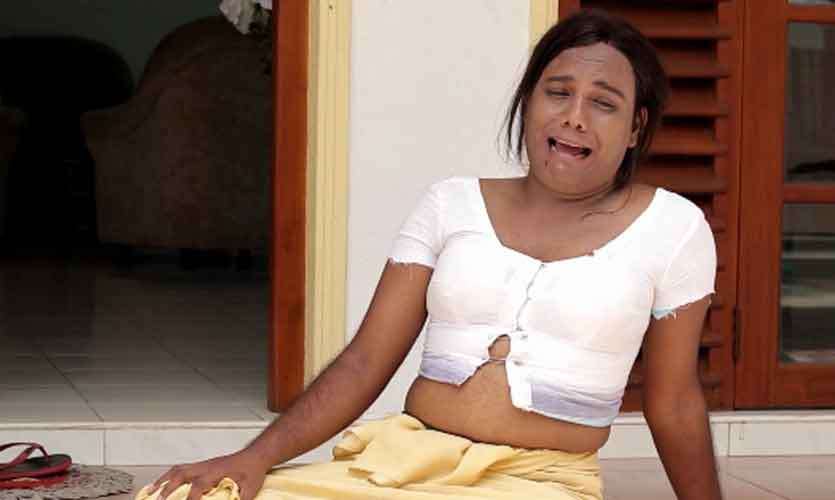 Hands down, it’s my family. Especially my mother, lovely sister and grandma. My best friends were always there to support me. And also my lovely fans.

My family is very supportive of what I do. Especially my mother, even today if I ask her to help me record a video, she would come without any hesitation. I have to also mention my sister and grandma who bear with me during those demanding shooting hours. I can be quite a diva sometimes. 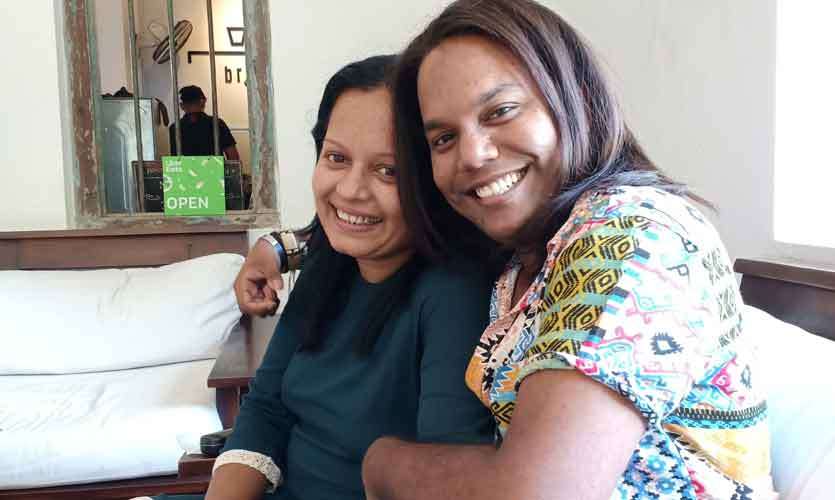 How was school life? And what did you want to be?

My school life was so normal. Though I was such a shy and quiet little child I was a clever student. Teachers loved me so much that they sometimes ask my parents not to come to parents’ meetings. Just like all other parents, my parents too wanted me to be a doctor. But I knew that I will never be one with the fear I have towards the animal kingdom. So I thought I would be a teacher. And I did. Deep down I knew that I was destined to be an actor. But I didn’t know how to accomplish it. So I almost gave up.

Would you get into movies? Have you worked in any?

I would love to be in movies. Yes, I have worked in one. That was quite an experience.

Who is in your team?

I don’t have a fixed team to be frank. Around 95% of my videos are done entirely by me. I write the scripts, I act, I video myself and I edit. My mother sometimes comes to help me in video recording. But now I have a very close group of friends, who are video enthusiasts who come to help me.

I think it’s a set of principles. Morals to live by. Most of the time they are encouraged by either money or sex. As you know, none of them last long.

Definitely upcountry. The mountains, the breeze, the view relaxes me. Being with nature energises me.

How many Sarees do you own?

You will not believe me, but I don’t own a single saree. Most of my sarees are my mother’s or Next door akka’s.

This Patriarchy. If you want a better world, give the women a chance.

Definitely cancer. I have had close friends who suffered a lot because of it.

I think I would be a hero. A flawed hero, but still a hero

I don’t know if I would be allowed to, but Princess Diana’s revenge dress..

If you can contest, would you like to be president or Prime minister?

I would say the president. I am good at comedy.

In the Spot!
What are your thoughts on our political leaders?

I am not at all impressed by any one of them. For years they have talked the talk, but have never walked the walk. I hate liars 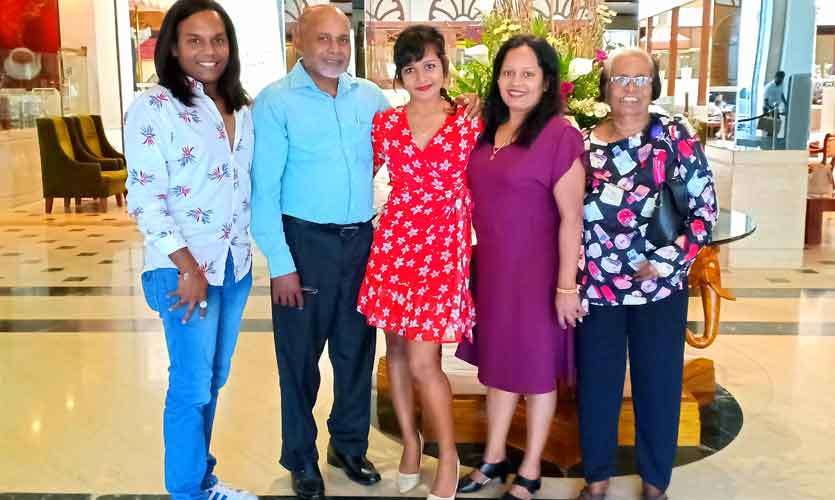 Your thought on homosexuality?

Homosexuality is as natural as the sun rising and flowers blooming. People should be free to love whomever they want  regardless of gender, race, caste, religion, age etc. Love is not harmful. It is one of the best feelings ever. So we should encourage love.

Malini Fonseka / Anarkali Akasha/ Sangeetha Weeratne - would you like to work with and why?

I have to say Mrs. Malini Fonseka. She is a legend. Who wouldn’t want to work with her? I think even Sangeetha Weeraratne and Anarkali would agree.

Fun
How would you describe yourself in five words?

What never fails to make you laugh?

Stupid things my friends do and Melissa McCarthy

I get a lot of praise for my acting. Apart from them one fan told me that I look Like Rani Mukherjee in a sari

I don’t. But I would like to see it being true. Life would be a lot more exciting

What was your first cell phone?