Hard won achievements and  determination paved way for Aruna Rodrigo to have the prestigious honour of being the first Sri Lankan American to be appointed by the Governor of California to the San Bernardino County Superior Court. Born in Kesbewa, Piliyandala, Aruna moved to the United States with his family when he was 9 years old with the help of the United States Embassy sponsored lottery visa programme. “As with many migrant families, we had difficulty adjusting and making ends meet. As I always share with my friends and colleagues, my parents sacrificed everything so that my brothers and I can live the ‘American Dream.’  After attending high school in Southern California, I obtained my undergraduate degree in Criminal Justice at San Diego State University, Juris Doctor of Law and Master’s degree in Public Administration from the University of La Verne”. In an interview with Life Online, he shared his thoughts on the significance of his appointment to Judgeship as a person of colour, his journey, achievements and advice to others hoping to make a success of their careers. 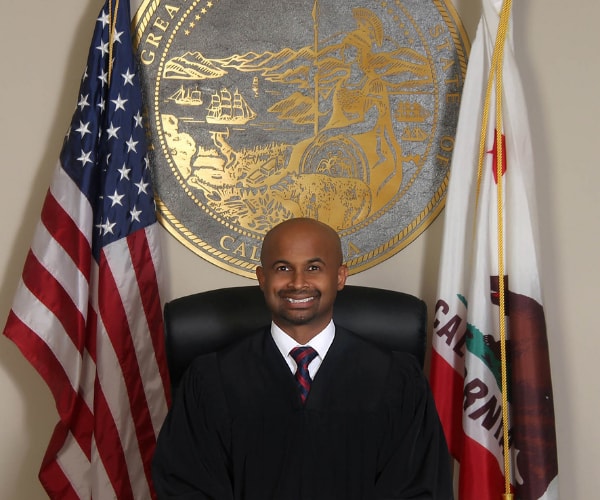 Q Did you always want to be a lawyer or did you have different aspirations as a child?
I always wanted to have a career in helping people and making a difference. At an early age, I had aspirations of becoming a doctor or a police officer. Coincidentally, my older brother, Damith, is a police officer and my younger brother, Yasas is a medical doctor. During my last year of high school, my younger brother and I volunteered at a local hospital for the summer. It was then that I realized that medicine was not the right field for me. My parents were instrumental in allowing us to explore different fields and helping us navigate career choices. It was not until my freshman year of college that I realized that I wanted to pursue a career in Law.
Q Tell us a little bit about your career in law before being appointed as a judge.
I was admitted to practice law in the State of California in 2008 and subsequently admitted to practice in Federal Court (Central, Southern and Northern Districts). During Law School, I was interested in practising Criminal Law and Family Law. I worked as an associate attorney at a Family Law Firm from 2008 to 2010. In 2010, I became a managing attorney for Macey & Aleman, a Chicago, Illinois based Law Firm. I was responsible for managing and training associates at their Southern California office. In 2011, my wife and I formed and founded Rodrigo Law Firm, PC. While managing our own firm, I also worked as a volunteer Deputy District Attorney for San Bernardino County. As a Deputy District Attorney, I prosecuted criminal cases in San Bernardino County. In 2018, I became a subject matter expert in Family Law when I obtained my certification as a Certified Family Law Specialist by the State Bar of California. This was a significant accomplishment as only 5-7% of California lawyers are certified specialists. I was also an adjunct Law professor at the University of La Verne College of Law. But I always made time to help and give back to the community, I donated a significant amount of time as a volunteer attorney helping and representing indigent and low-income families in Southern California. 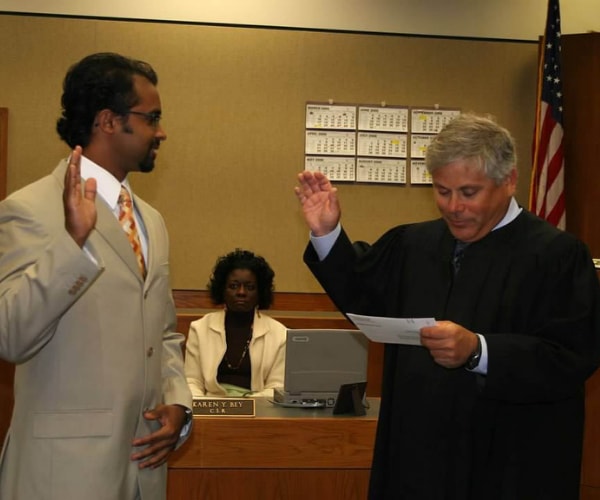 Q What plans do you have for the future?
I believe in living in the moment, for now, my plans are to be the best Judge that I can be and enjoy watching my children grow up. After years of hard work, I am enjoying watching my parents and my family glow with pride and joy in their own sacrifices and my accomplishment as a Judge.