“What would I be proud to have written about me in my memoir?”... The simple, yet profound question drives everything Dr Nisha de Silva does, and unsurprisingly, she’s made sure her life is generously sprinkled with a plethora of significant achievements. 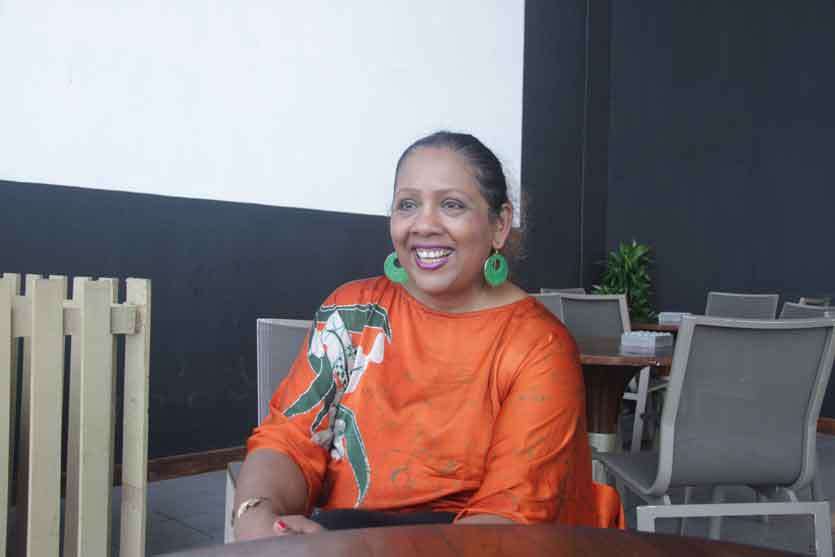 “I lived in Colombo and in the 1970’s - lots of people might not remember this era - it was the time where Mrs. Bandaranaike imposed the socialist government. And growing up as a child, there were many kinds of things that were not available in the country” Dr. de Silva recalled. “Back then, even if you had money, there were a lot of things that you couldn’t get. So even uniform material was rationed. This was the kind of environment I grew up in while going to Bishop’s College, a private school. It wasn’t a period of abundance, and my parents were professionals, so we grew up as an ordinary household. I also remember how Colombo was so free. As children we used to walk around and go cycling without a problem”. 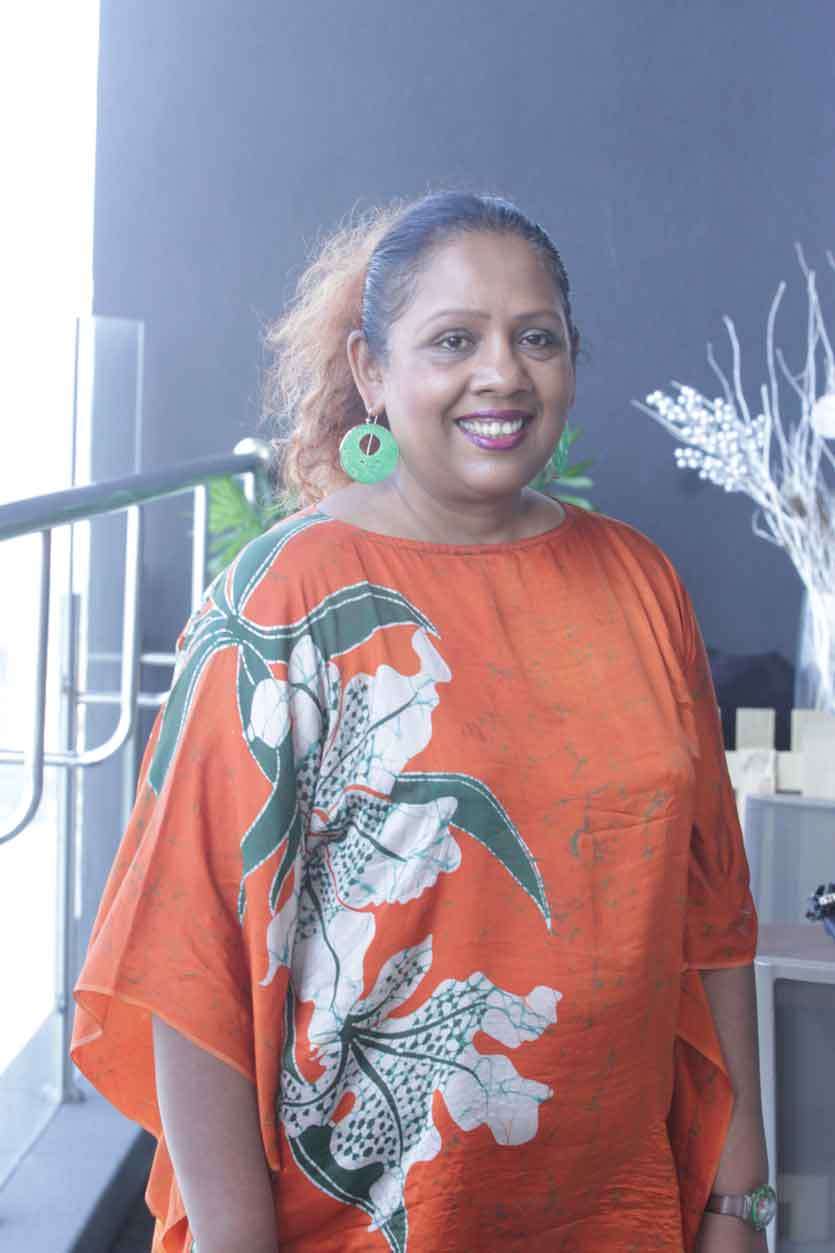 Dr. de SIlva always envisioned that she would remain in her motherland. “I didn’t think I would go abroad or anything and this was the furthest from my mind. As a child, I wanted to be an astronaut, largely because my father was into astronomy and Arthur C. Clarke lived close by and I used to see this big satellite dish on his roof. But then I managed to get through my ALs and get into the University of Kelaniya to study physical sciences. That was also the first time they introduced industrial management. So while you got into university, you had to go through another test before you could do industrial management. Only 4 people were chosen, 3 boys and I was the only girl. I decided to do a combination of industrial management and physical sciences. Then after the second year, you can specialise further and decide on which speciality. I actually did well in both physics and industrial management, and at that point, a day of reckoning dawned on me - if I was to be an astronaut, I won’t be in Sri Lanka. I was very practical at that point, so I thought I would do something that is relevant to Sri Lanka and I did industrial management as I felt that it was more beneficial for the country”.

As fate would have it, her life took a completely different tangent due to the political situation that gained traction at the time. “The JVP troubles started and particularly my university was extremely volatile. Everyday there were demonstrations… and at that time my parents were abroad and I was actually in the boarding at Kelaniya university. I even remember how one day, bullets were flying through the windows and we were hiding under the beds. It was rather disruptive, so often, I felt quite threatened because you have to conform as they were the majority. I had to tread a very fine line between non conformance and not getting shot by whichever side. Then they closed the university for two years, and this was a turning point for me because to get a job, you had to complete your degree. I then decided to send my applications abroad to see if I can do postgraduate studies. I sent the applications to the UK and the US and I got offers from both places. I decided to go to the UK partly because of monetary reasons”.

“I never planned to stay for more than one year, but once I was there, I was working on a research project which was looking at technology combining GPS technology with satellite tracking for the evacuation of people from disasters. The professor I was working with wanted to do a longer term project with me, and he said let’s do a bit for funding from the British government. We got funding, and that’s how I ended up doing my PhD because then I became a research fellow with him. It was groundbreaking in the sense that it was a very long time ago and gps technology wasn’t there then. It was very new. We looked at nuclear accidents, focusing on specific nuclear installations in the UK to see if people can be evacuated with the minimum amount of radiation exposure using satellite tracking of traffic. That was a lot of computer simulations that I had to do and also work with the county councils and the British nuclear fields for that. The Americans were very interested in our work and I worked with Oakridge National Laboratories where - not a great thing but - the atom bomb was developed. There, we developed this technology not simply for nuclear accidents, but for a lot of other things like natural disasters and so on. I published on this topic quite a lot. What was rewarding for me was that it was a pioneering technology, and to this day, people are approaching me asking for my PhD thesis which is in the British library”.

What Dr. de Silva constantly strives for is to make a difference in every venture, and was thankful that her work has also been utilised in important scenarios. “A few years ago there was another researcher - who contacted me wanting my PhD to understand how things were coded. The researcher was working in the King’s Cross area in London to do evacuations in case of some disaster. And a few months later, the 7/7 bombings took place. So there’s a lot of relevance in that work”. Dr. de Silva’s resume reads like a story, encompassing a plethora of job roles. She makes a mark, and moves on to her next project. “I decided to divert from this job to look at the more social aspect of disasters. The journey took me to Harvard, for instance, where I looked at programme evaluations and such things. I was the only foreigner in that programme because it was very US centric”.

“Then I got involved with a lot of organisations including the UN, the US Department of State, because there was a general interest in building a network across the world where people can help in terms  of disasters. I was one of the founding members working with the UN for that. As I went through my career I decided it’s time to do something new. I moved into government and I worked in other places doing consultancy too. I kind of started off by looking at immigration. My area was looking at how we can bring in mathematical modelling to develop computer models to improve the efficiency of the immigration system. From there I moved to criminal justice, where the emphasis was on rehabilitating offenders. I was in charge of following offenders through their lives and conducting huge surveys starting from when they entered the system towards the end of their life. There were about 6000 offenders out in the community, 4000 offenders in prison. So it was a huge project. Even the US was working with us to get the proper evidence. Evidence based policies are absolutely key in the US. After this I decided to go to the Cabinet Office, largely working for the Prime Minister. The interesting thing about that is that you may not necessarily believe in what they do, but you have to be impartial and take a very pragmatic approach and also give the hard facts to the PM and the ministers surrounding him”.

“I also worked in the areas of what we call Public Bodies Reform. There are many in the UK - the museums, BBC, the Commonwealth Foundation… there was a feeling that there were too many of these things and lots of regulators. My job was to find a way of reducing this landscape and finding a way to find synergies to bring them together. That was an interesting challenge for me because we achieved £3bn worth of savings from that. Following this I was at the ministry of Justice, where I worked for about 5 years”.

Dr. de Silva is on the board of Amnesty International UK, the charity arm, and is in the sub committee handling  grants. “I will be juggling that with my current civil service job because I can hold that appointment in parallel. My idea is to look at the charity sector because after a while, I may move on to do something different. Because whenever I feel like I’ve done a big thing, it’s time to move on. That’s how my career has been built, because I’ve always looked at places where I will have the most impact. In the ministry of justice, they’re very heavy on role models and champions, so for minority ethnic groups, I’m in the leadership task force to encourage people of Asian or Afro-caribbean minority groups to be successful in the civil service because even though they’ve been there for a very long time, there’s very few in that sector who have come into senior leadership”.

Much to my surprise, Dr. de Silva states that she has never once attempted to apply for British nationality in the 32 years she has lived there. “For me it’s also to prove a point - you don’t have to take nationality to achieve something. Being a commonwealth citizen, I can hold these offices and I am of an equal status to a British national. So they look at me to be a role model for all British nationals who are of a minority backgrounds”. With her sights set on changing the world for the better, Dr. de Silva believes she will keep persevering and making her mark. 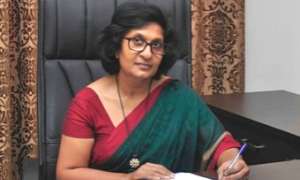