There’s Nothing Smart About TV

I hold my hands up with shame, I am guilty and there’s no amount of reasoning or explaining on my part to alleviate my guilty situation. I let my children watch TV.... so that I can get a few minutes of respite to either write this column, cook the dinner or do some awful household chore. I do it out of necessity rather than choice. But as I do the research for this article, my heart sinks with what the experts say about what damage I might be doing, especially to the younger ones.

According to the experts, children under the age of two should not be allowed to watch TV since it impedes their mental growth and speech development. Watching hours of constant flashing images, do not help to enhance a child’s mind, since they require a more intense mental stimulation at that age. 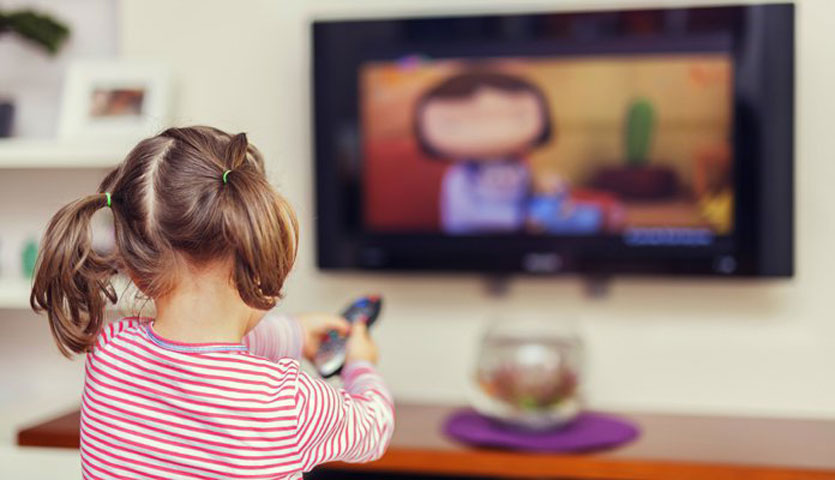 Copious amounts of TV is bad for anyone, fortunately my older children with the amount of school activities and homework hardly have time for TV, but the younger two, mostly as a distraction, do get left in front of the TV, hands, shoulders, knees and toes deep in some spine tingling cartoon. But the reality is harsh and here are some of the serious damages that you could be unknowingly exposing your toddler to;

1. Experts say that children under two should not be exposed to TV at all. Mainly because during the first twelve months of an infant’s life the brain gets kick started into activation. You might think that by putting the child infront of the TV with an educational program is beneficial, but according to the experts the constant flashing of images, educational or not, makes the child’s brain go into auto pilot. When you read a book with your toddler you are constantly asking them questions, getting their feedback, but with the TV it is only one way interaction, and children do not get into the habit of thinking.

2. If you have to resort to child watching TV, then try and sit with them when they do. Rather than spending several hours at the foot of the television, select one program to watch and whilst they are watching either fold the laundry or check your e-mails etc, but sit with them and ask them questions now and again. Then they do not fall into the mindless loop of constantly changing images. This tends to affect their attention span and in the long run can affect them adversely.

3. Always choose kid friendly shows, sometimes as adults we have got immuned to a certain amount of violence we see on the TV. But just because it’s on the family channel that does not mean that all movies are suitable for all ages.

4. It's best NOT to watch just TV but rather a program. Afterwards you can follow up the slice of education learnt with some activity books or puzzles based on what your toddler has watched.

5. Statistics show that a parent talks about 940 words to a child, within an hour, but with when the TV is on, it is reduced to 770, and if you carry that forwards for a number of hours, a toddler on the verge of talking gets exposed to less language and this tends to impede their speech.

Watching TV can become a habit and all habits become addictive. Thus, breaking the endless hours of mindless TV watching is another parenting hurdle to face. It might be best to not create problems for yourself by starting as you means to go on. If the TV has to be put on, only for an hour and possibly on an interactive show that all can watch, otherwise strive to introduce activities such as drawing, coloring, playing with clay etc as part of your child’s afternoon routine. After all in monetary terms we invest heavily in our children’s education and up bringing, why not instead invest our time and instead of letting them watch TV, spend sometime with them instead. Happy thoughts!

Mayuri Jayasinghe plays many roles in her life but her most important and quite baffling role is that of being mother to her four children. She is the voice behind 'Parenting Life' for LIFE. A regular contributor to Women at Work and the Little Enquirer. Follow Mayuri on her Facebook page, The Parenting Club. 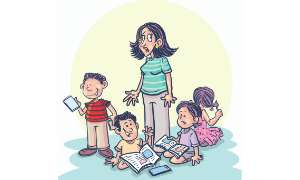 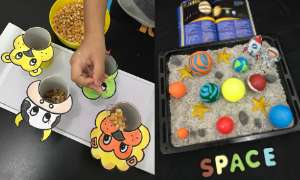