All you foreign language book fans would know Franz Kafka, a German language author. And that of course was the inspiration behind the name for this beautiful grey Persian cat! Now although he can be adorable and love nature as much as we do, but when nature calls he'd do it wherever and whenever his heart desires to. All in all Kafka is one fun, loving and mischievous cat you'd meet, also he doesn't scratch!

We first got Kafka from our neighbours so they named him eventually, but the name is originated from Franz Kafka, a German language writer whom they loved!

Kafka usually has breakfast at around 8AM, lunch at 2PM and dinner at 9PM but it mostly depends on whether he is hungry or not, and we don't bathe him.

He shows affection to a great extent when he wants to be petted and that is so cute to watch.

He loves running around the house in a very fast speed or just sleeping as he is very lazy.

He poops everywhere and anywhere he also when he feels like it. 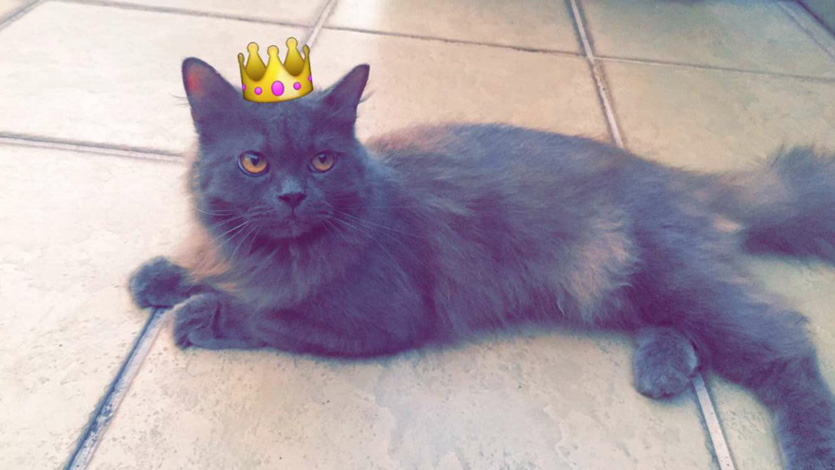 Our neighbours gave him to us and we voluntarily took him.

He doesn't do much, just minds his own business or walks around us.

He is so fluffy and cuddly so he is perfect for hugs and he will eat whatever you give him and he also doesn't scrape people like most cats do.

The one time Kafka almost got lost I completely freaked out and when we found him at last, it was a different kind of happy which no other animal or person has given to me!

I've had so many cats in the past years,which makes this question more difficult for me but my favourite has to be when Kiki (my previous cat) gave birth to two litters and we got to take care of the little ones.

Definitely, without a doubt Kafka has made me love cats even more than I did and I don't know what I would do without him. My family adores him!

He looks so adorable and loves being petted as well. He also sleeps in these silly positions!

He loves catching any insect and playing with them. He will toss it and turn it everywhere. he also loves looking at birds!