Sarah and Amaarah can't stop gushing about their pet Hugo and all his antics. 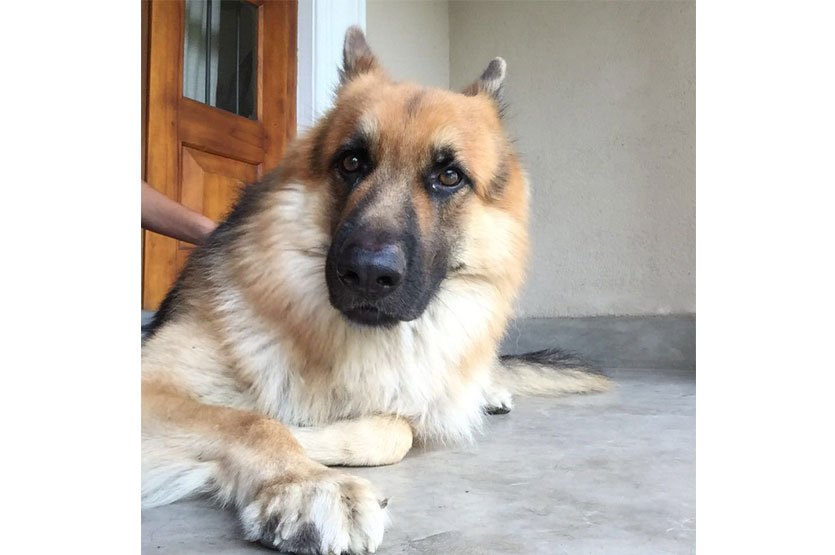 Our dad got Hugo through a person known to him.

Well, on the day he came home, we were quite amused by his behaviour, almost like a little brat running around the house as if he'd always lived here. And we proceeded to Google names for German Shepherds, upon which Amaarah suggested Hugo (I suggested Oliver!) and our parents loved the name, so we decided on Hugo. 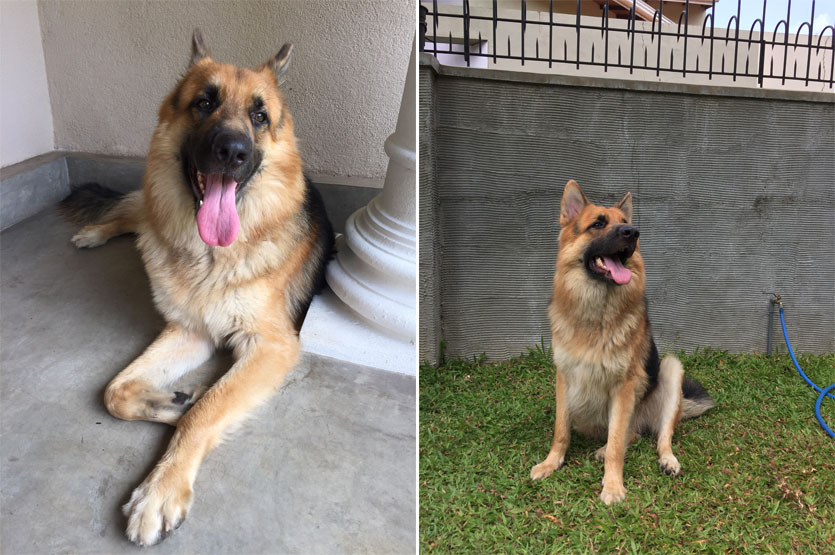 Hugo is fed rice and fish twice a day, and he's been fed with dog treats during the day too. Sometimes, he eats fruit, such as papaya. Bath time is on Sunday, where it's a Herculean task to bathe him (you get bathed in the process), because he's very playful, especially with water, so this means you must lure him with the hose until he runs over to you, then you hold him down by his collar, or very sternly ask him to sit and then bathe him. He really enjoys the soap massages.

Playing with water (usually from the garden hose). 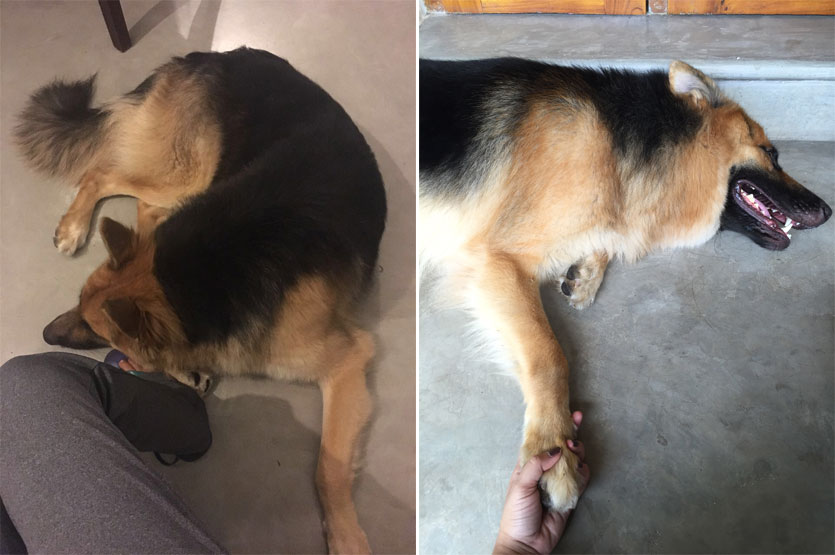 Well, he continues to ruin areas of the garden by digging the grass and soil.

By jumping on us and running around excitedly until we pet him and say hello. We always look forward to this. 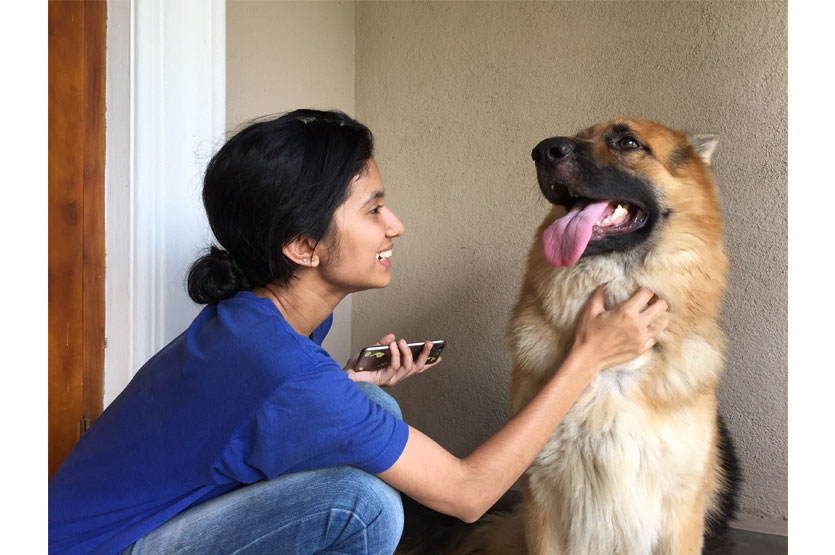 Sometimes, he throws 'tantrums' by ignoring everyone and rolling around on the grass for a few minutes while grunting. It's the funniest thing he does. 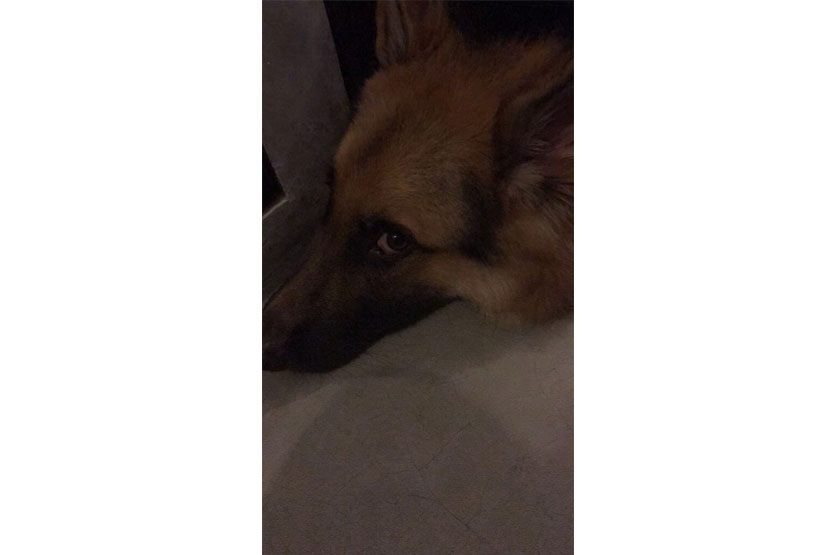 Once, Amaarah and our dad was in the kitchen, and Hugo was seated on the floor. Out of nowhere, they heard a loud burp! Amaarah thought it was Dada, and Dada thought it was Amaarah, and when they exchanged looks, Hugo shuffled his feet and scurried out of the kitchen, which was when they realised it was he who had burped loudly.