Are We Erasing History?

The statue of Thomas Jefferson, the founding father who also enslaved more than 600 people, was toppled in Oregon, while the statue of navigator and coloniser Christopher Columbus was ‘spray-painted, set on fire and thrown into a lake’. In England, the Statue of Edward Colston suffered a similar fate, resulting in ‘the boarding up of the Cenotaph in Whitehall and Winston Churchill’s statue in Parliament Square’. In many parts of the world, the predicament will befall many such monuments. 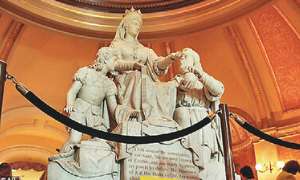 As a consequence, the conversation around the removal of statues and renaming of streets and buildings has been quite robust as of late, with those of conquerors, oppressors, enslavers, and murderers actively targeted. Britain’s PM Boris Johnson was especially vocal in his disagreement, arguing that the removal of statues is “to lie about our history”. “We cannot now try to edit or censor our past,” he wrote on microblogging site Twitter. “We cannot pretend to have a different history. The statues in our cities and towns were put up by previous generations. They had different perspectives, different understandings of right and wrong. But those statues teach us about our past, with all its faults. To tear them down would be to lie about our history, and impoverish the education of generations to come." 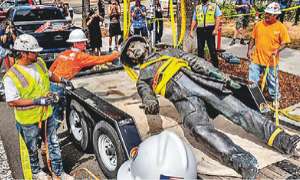 MP Mangala Samaraweera also weighed in on the debate when he tweeted “we must not judge history by the values of our times. The good, the bad, and the ugly of history must remain as a reminder of how far human values have evolved.”

Removing Statues Don’t Erase History
Sharing his thoughts on the issue, William M. Cavert, an Associate Professor of History at the University of St. Thomas, has argued that “knowledge of the past comes from the archive, documents, and objects preserved in libraries or museums. We scour these records in order to produce scholarship for experts, in the form of academic books and peer-reviewed articles, and for the public, in the form of podcasts, blogs, and op-eds. We teach what we’ve learned to students, whose questions prompt us to return to the archive and revise what we know. None of this requires statues. Indeed, the process of removing monuments and renaming streets, squares, and even cities themselves have always resulted from remembering the past”.

Professor Nira Wickramasinghe, who possesses a Doctorate in Modern History and is at present Chair/Professor of Modern South Asian Studies and Academic Director of Research, Leiden University, shared similar sentiments. “The situation is really quite different in Europe and the US, where the struggle of descendants of former colonies over statues and place – names is one aspect of a broader demand for recognition and respect. In the US, for instance, the wounds of slavery have not healed so the politics of names and statues are for African-Americans a way of performing the distrust they feel for their government and its racially biased police and institutions. In postcolonial countries, much of the renaming and dealing with the urban relics of the colonial past has already happened. We may of course cast a similar gaze on statues erected after independence and see if they pass the test of morality and ethnoreligious tolerance. I have my doubts about some of them!”. 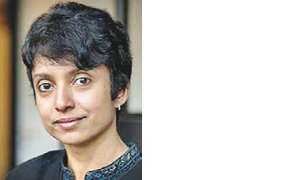 “Let’s always keep in mind that statues or street names reflect the values and hierarchies of the times they were erected. Many people in the nineteenth century found it quite normal to beat their children or own other human beings. So what should be the criteria to keep or remove statues? Modern morality would mean taking down most statues as they would have been put up at a time when societies accepted ideas that are today unacceptable -  racist, sexist, or classist. But isn’t there a difference between individuals such as Colston in Bristol who made his fortune through the shipping of slaves or Jan Pieterszoon Coen in the Netherlands who massacred thousands of Indonesians and your average imperialist governor who believed in the superiority of Europeans but did not perform atrocities in the name of his ideas?”.

“On the utility of these statues,” Professor Wickremasinghe adds, “they provide a visible though limited record of a country’s past, but there are other more important ways of understanding the past. Statues do not replace critical writing of history – history is not the past but its interpretation - so their disappearance is not crucial in my view, most of them are also not great works of art!”.

Symbolic statements have long term consequences
“You have activists today who want to make a symbolic statement” explains Professor Michael Roberts, shifting the tangent of the discourse on the topic. Educated at the universities of Peradeniya and Oxford, Roberts often ‘straddles the disciplines of Politics, Sociology, Anthropology, and History’. Talking about the predicament of the Columbus statue, he expressed that those who damaged the statue were not exactly doing it for themselves, but believed that they were doing it for a righteous cause. Genoese explorer Columbus has long been a figure of contention, source of ire for the American Indians in particular for his role in killing and exploiting indigenous people. Protesters in both Boston and Richmond vandalised his statues recently. “The statue was built many years ago to mark an achievement and might have been meaningful then. Today it’s being targeted in a symbolic act". However, he believes the consequences of this will be long term.

“Many years down the line, some people may not even know about Columbus because the statue is no longer there. 50 years down the track, people who don’t read papers, who don’t go into history - if the Columbus statue was there, they might learn something”, he shared, explaining that these monuments pave the way in initiating dialogue. “Since I have been using Columbus as my example, what does he stand for? At one level, he stood for the power of Western expansion, and at the same time, stands for the voyages of discovery. Now Columbus was not the only discoverer, yet many Western people will know only about him. But if you go to China, for example, you will learn about Zheng He”.

Acknowledging that there are contending strands of opinion on each statue marked for symbolic attack/destruction, Professor Roberts adds that the removal or destruction of monuments certainly is not the most sensible course of action. “Now they want to knock down statues of Churchill, and that’s going to create a problem. But also, why just statues? In Sri Lanka do you want to attack the old parliament building because you don’t like DS Senanayake? Symbolic statements by downtrodden, protesting dissidents makes them feel good and righteous. But when you think of the long term, it is not the best decision”. Nevertheless, Roberts adds that this is not simply a black and white issue, and instead, has many dimensions to it.

Confronting deep-seated issues
Although the conversation has largely revolved around the ‘erasure of history’ debates, it is imperative to realign focus on the larger picture. Conversations must metamorphose beyond ongoing hot topics and into pragmatic outcomes. History DPhil candidate Shamara Wettimuny opined that "The debate should not be simply about keeping or removing statues. Even if these statues are taken down for whatever reason, the conversation certainly should not end there. The important development since the re-emergence of the controversy around statues like those of Edward Colston and Cecil Rhodes in the context of ‘Black Lives Matter’ is that more people today are aware of these slavers’ stories, and are forced to confront Britain’s involvement in the slave trade."

Hashinika
I believe that monuments etc are conversation starters. Let’s be honest, how many of us actually enjoyed the History subject while at school, and how many of us bother to read up on history? Even when I have travelled abroad, I’ve never bothered to read up on any history, but rather, I’d ask questions when I see these statues.

Divya
I don’t think we’re erasing history by removing statues of racists and bigots. I’ve lived in the US and even the plaques under most of these statues only highlight the good the person has done. Not the bad. So essentially, history has been erased by whoever made the plaque.

Keshia
There’s only one place these statues belong - in museums. Just because we remove statues does not mean we are trying to erase history. History is preserved in books and archives, by and large. There’s also the internet, which people can use to educate themselves. There’s no excuse for ignorance, especially in this day and age.

Aaron
No matter what country we are from, we all have histories we are not proud of. But does that mean we should deny it ever happened? I am not a reader, but I was always fascinated by the things I saw around me. I would ask questions and my parents would enlighten me with the good, the bad, and the ugly. So just because a statue exists, doesn’t mean we’re worshipping it or giving it any form of respect. These statues should be visible reminders of past mistakes. Mistakes we can and must learn from. Besides, it’s just something that exists in physical form. So in conclusion, removing them doesn’t make any sense. Instead, our focus should be on educating the masses on proper history, not the selective history we are taught in schools. 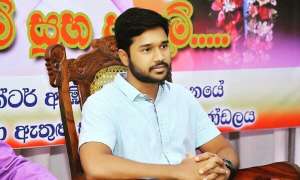 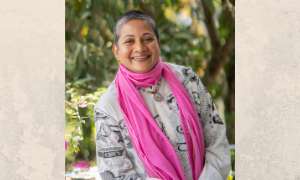