Everyone’s favourite politician Chaminda Pusswedilla is all set to be back with a crescendo this year at the H.G.H.E. Chaminda Pusswedilla Nashnel Theatre from the 29th of March to the 5th of April. Written & Directed by Feroze Kamardeen with Vocal Direction by Nishantha Warnakulasuriya, Choreography by Shohan Chandiram, Arskiland! The Musical is produced by Sirraj Abdul Hameed & Ashan Munasinghe, and presented by StageLight&Magic Inc. 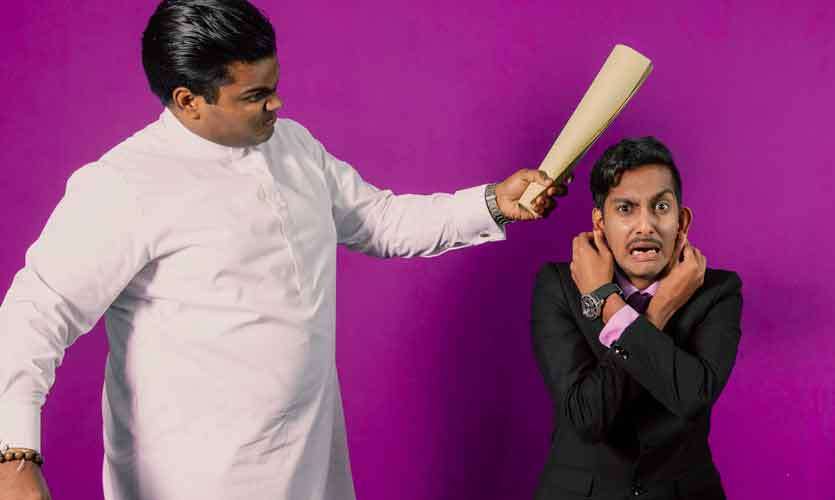 “Originally, when I started writing out a play, I actually started writing Freddy. A play like Freddy gets written over many many months - whenever I come up with something, I write. In response to what happened in the last 3 months in this country, I wanted to write different pieces for the performers. What happened was, when I was writing it - I guess in a way I actually wrote a song, and one of the songs when I wrote it I realised it was not really suited for a stand up performance, but it was more in keeping with a straight on play” Kamardeen explained of the turn of events that led him to conceptualise a musical for the realm that was Arsikland. “To make comparisons with the political landscape, I thought it would be cool to base it on Arsikland, rather than in Sri Lanka. And to figure out how this sequence of events would have played out if it was in Arskiland, because in Arskiland people do things slightly differently and are motivated by slightly different things” he added, with a chuckle.

“So when I started writing, it lent itself well to Arskiland. I wrote one song and then I wrote another and another and then I had about 10 songs that kind of made up the story for me. It got to a place where I knew that if I worked hard, that if I put my energy into it, I could end up with retelling the story of Arskiland’s core, because that’s what it was”. But this was no mean feat and took quite a bit of work to get it off the ground. “It took me another 3 weeks to actually finish up the rest of it and to have the dialogue that helped put the scenes together, as it were. The play is told via 22 songs and of course there is a little bit of dialogue”. 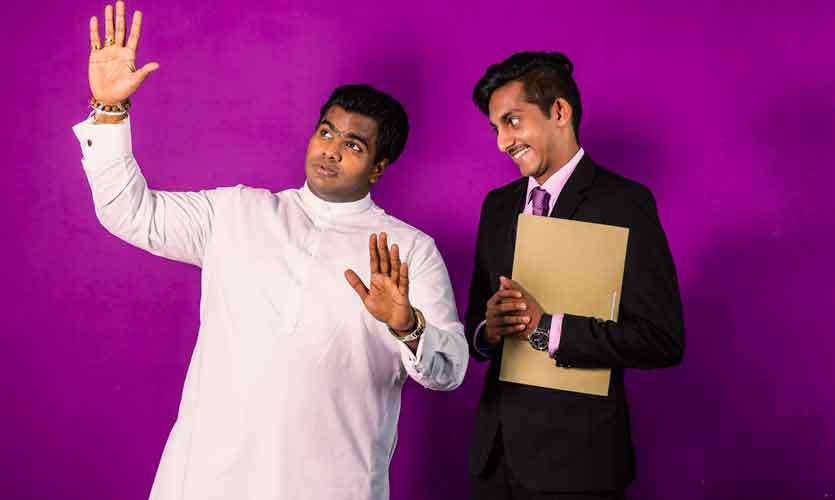 Being that Kamardeen is tackling a musical this time around, there is no doubt that this is a significant departure from the atypical Pusswedilla. Kamardeen agrees. “Usually in Pusswedilla, we have about 85 percent dialogue and about 15 percent of songs, maybe even less. Here its 90 percent songs and only 10 percent dialogue. The dialogue is also important in that the dialogue helps to establish the characters, but the songs do advance the storyline”.

“When I wrote the play, one of the things that happens in a play like this is that it's almost like I attach a time bomb to it, because the longer you keep it on the shelf,  the more irrelevant it becomes. And that's the problem when you write political stuff - our political landscape is so dynamic that you can't keep it on the shelf for 6 months. So I wanted to get this off the ground sooner rather than later. This is one of the biggest projects we've undertaken in terms of the complexity of it and in terms of everything else. Because it was a musical, obviously one of the things that happens in a situation like that is - I wear two hats; one of a playwright as well as the hat of the artistic director. But when it’s a musical, I have to also make way for a vocal director to come on board, because the vocal director is as important as the artistic director. The way I see it, between the playwright’s story and the artistic director's vision, it's the vocal director who's bridging the gap. So when I got Nishantha on board, one of the things he said was ‘nana, we can do this in 3 months, but you have to let me select people for the roles based on how well they can sing the roles’”. 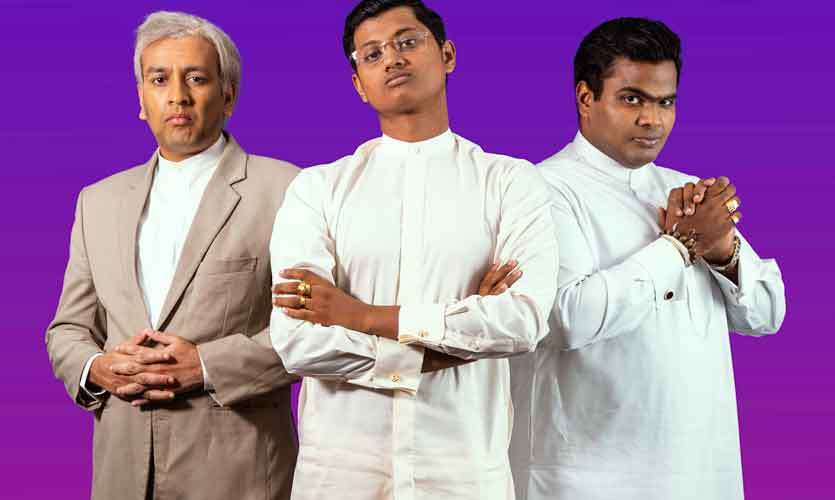 Fans hoping to see the familiar faces bringing the Pusswedilla universe to life will be in for quite a surprise, however, considering the cast overhaul for the Musical. “I  know the previous cast was absolutely brilliant. There is no doubt about that. There's also no doubt about the fact that the audience will remember them fondly” Kamardeen stated. “But in a way, it's also important for us to always keep an eye on the future, and unless we give the youngsters a chance, they’re never going to be able to step up to the plate either. One thing I've learnt, especially from the Freddy franchise - there’s a lot of talent in this sphere. I don't think we are short of talent, I think what we are short of it is a stage for them to shine. The reason for a new cast is obviously because it's a musical, but also because I feel in a sense that since I was rebooting the Pusswedilla franchise, and I am rebooting it in a completely different context - as a musical - I thought it would be nice to showcase some of the incredible talent that we have at our disposal”.

Kamardeen doesn't discount the weight placed squarely on the shoulder of the newcomers taking on the pivotal roles. “To be honest, I consider stand up comedy to be one of the toughest forms of comedy. It's not easy, its really really tough. Stand up comedy to me is probably the toughest part of comedy. I put people who have never performed before on stage as stand up comedians and they’ve pulled it off. So that shows that as long as the talent is there and as long as the commitment to work hard is there, we can achieve incredible things”.

Isn't changing the cast a huge risk? I wonder out loud. After all, the previous cast have made their mark and the audience have come to associate the individual with the role. “I think it was a bigger risk to change the Freddy cast, but as I said, sometimes you've got to throw people in the deep end and wait for them to get out. So far it turned out okay. It’s one thing I'm always very conscious of - the fact that pusswedilla as a brand, I honestly don't feel like I own the brand. I feel like I am only the custodian, I am not the owner. The brand is owned by the people who are die hard fans of Pusswedilla. So I'm very conscious that there are people who are absolutely passionate about the brand and I'm obviously very grateful for that and I am very humbled by it. So this time around, they have to trust me as the custodian of the brand, because I am doing what I feel is the best for the brand at this stage”. Kamardeen is confident he can pull it off and that audiences will be quick to warm up to the new cast.

Arsikland: The Musical will go on boards from the 29th March – 5th April 2019 at the
H.G.H.E. Chaminda Pusswedilla Nashnel Theatre.