The Symphony Orchestra of Sri Lanka presents ‘We Remember’, an inspirational show which is dedicated to the victims and survivors of the Easter Sunday attacks. The concert will take place on the 15thSeptember, at the Lionel Wendt Theatre. As a Symphony Orchestra, this large instrumental ensemble of classical music has been involved with the society for 62 years.

The Chairperson of the board of governors of the Orchestra, Sharmini Wettimuny, expressed her gratitude to all the support that the orchestra has received from the society. She said that over the years, the orchestra had tried and returned the kind of support it had received, by training students and conducting outreach concerts. 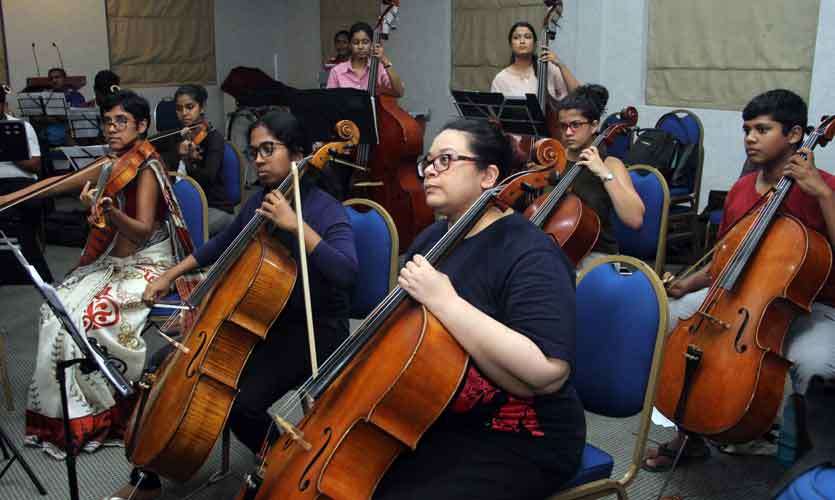 However, there is not a lot that can be done in the aftermath of a terror attack. Therefore, the orchestra has decided to reach out to the affected people and show solidarity through music.
Music, which is a common language to everyone in the world, helps to express feelings and share intimate emotions. It is a language that is not only heard but also felt.

Therefore, after the occurrence of such a disaster, the orchestra has decided to conduct a tribute show.

Leonard Bernstein, one of the most prodigiously talented musicians in American history, had done the exact thing after the assassination of John F. Kennedy. He said,

“We musicians, like everyone else, are numb with sorrow at this murder, and with rage at the senselessness of the crime. But this sorrow and rage will not inflame us to seek retribution; rather they will inflame our art. Our music will never again be the same. This will be our reply to violence: to make music more intensely, more beautifully, more devotedly than ever before”.

What had happened then and now being quite similar, the orchestra found it very relevant as it showed exactly how they felt.

In an attempt to show their support and concern, the musicians and governors have gone further to make personal contributions and support three families that were badly affected by the bombings and were suffering from physical and psychological trauma.

The orchestra will also be dedicating a piece by ‘Samuel Barber’ called the ‘Adagio for strings’ which is used to commemorate tragic events. The music produced is associated with moments of grief.

The symphonic music of an orchestra has the ability to bind people together.

Sharmini explained that playing in an orchestra is a great equalizer that breaks all barriers to connect people through music. “There’s no question of whether you are from this religion or that race or what language you speak because we all speak the same language and same notes here. Whether you play a small or large, soft or loud instrument, all are equal”, she said.

The conductor of the orchestra, Dushyanthi Perera, had been a cellist for so many years before she got on the podium as a conductor in 2012. She mentioned that although she was now the conductor, she was still one of the fellow colleagues in the orchestra. “I feel positive on stage because I know the orchestra will play well, we have rehearsed and we are ready for it”, she said. 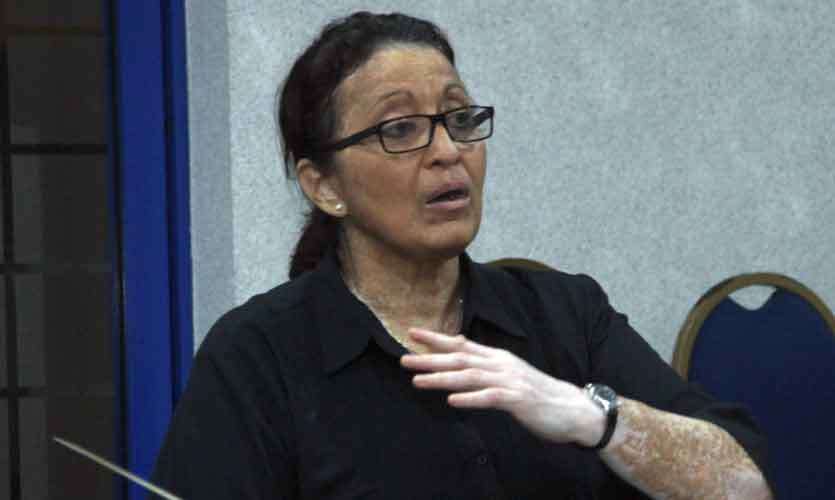 Sulara Nanayakkara, one of the co-leaders of the orchestra, has been playing with the orchestra since 2009. He said that it is important to educate the next generation of young musicians about classical music since there is less exposure to it. 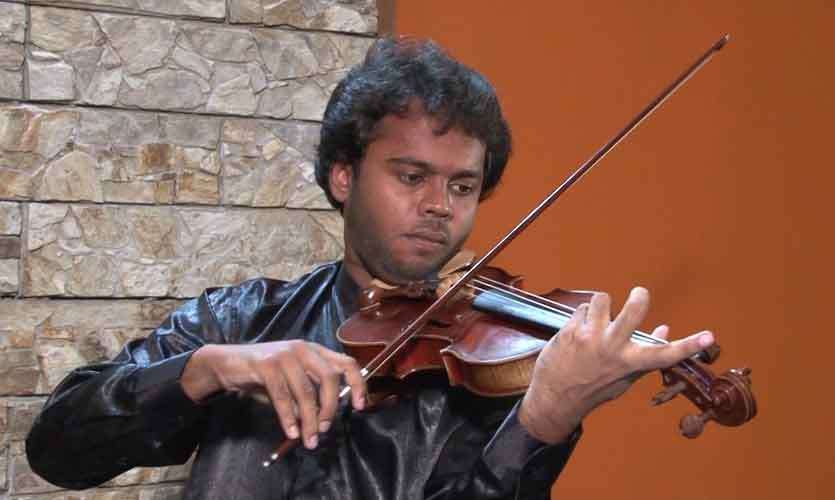 “Apart from having the responsibility of leading the orchestra, I enjoy playing and sharing music together with my friends and everyone else”.

Avanthi Perera, the principal viola player of the orchestra, explained that as the largest surviving orchestra of the region, they have played through tragedies, troubles and tribulations that the country had gone through.

“This is something sombre. Communicating our grief and the fact that we remember those who suffered. We obviously did not experience the tragedy that they did, but I think it means a lot, personally to me, and to everybody, to be able to grieve along with them and show that we have not forgotten”, she said.

Nishantha Warnakulasuriya, a violinist in the orchestra, said that it has been an amazing experience playing with the orchestra since early 2014. He said that the selected music was extremely beautiful and appropriate and that his favourite piece was the ‘Adagio’.
“The musical experience has been very engaging and something that I always look forward to. The selection of music is something that the audience can look forward to”. 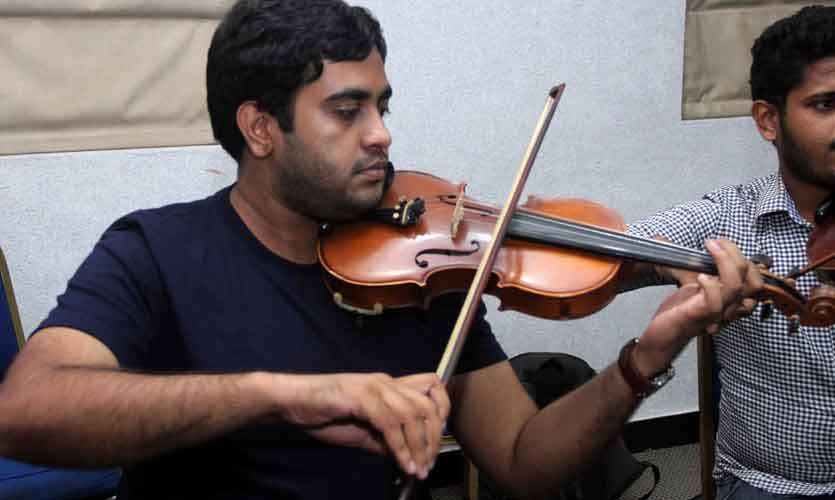 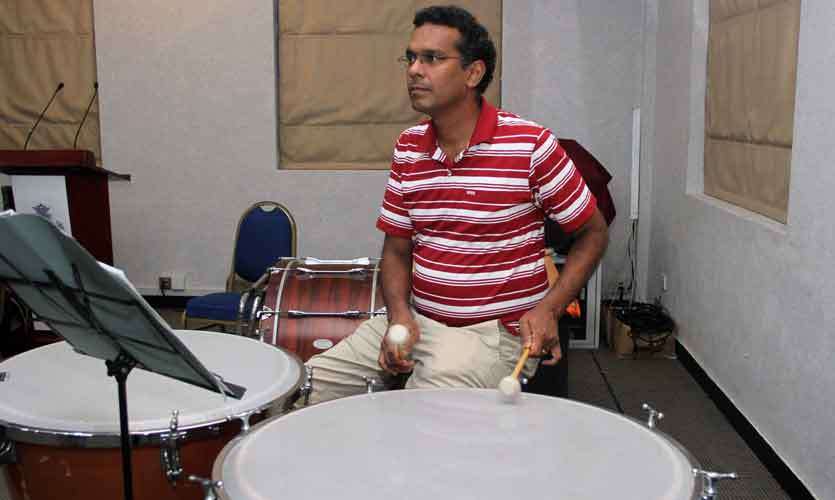 “We have put a lot of thought into how to make the music meaningful and a way to remember the victims. This is a very suitable way to do it”, he said.