Beating a whopping 6,000 submissions, young Sri Lankan filmmaker Rehan Alexander Mudannayake’s short film “DIDI” was recently selected for the Academy Award qualifying HollyShorts Film Festival 2020. Held in Hollywood, the HollyShorts Film Festival features an eclectic range of short films of various genres from around the world. As a passionate Director and Actor and Founder of the Odyssey Film Company, “DIDI” follows Rehan’s previous works ‘The Elephant’ (2015) and ‘The Red Mustang’ (2017) in bringing together a poignant story of the reunion of two sisters. In our candid interview, Rehan talks to us about the making of ‘DIDI’, the upcoming HollyShorts Film Festival, South Asian representation in the industry and his career in film. 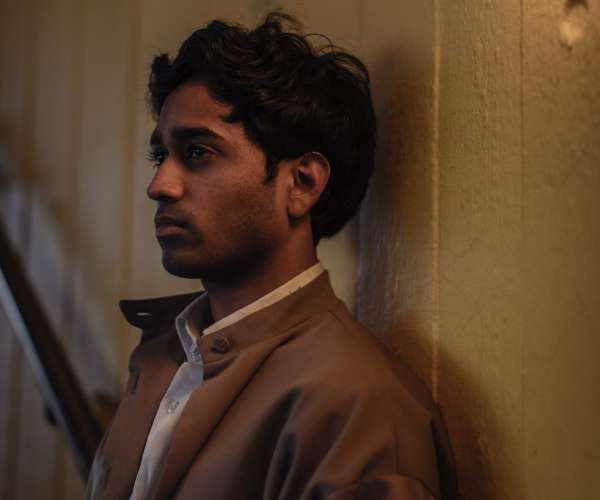 Q HOW DID YOU STUMBLE UPON DIDI?
I was a few months into my Master’s at University College London (UCL) when someone on my course mentioned that our Film Society – best known for producing a number of notable alumni including the film director Christopher Nolan (Inception, The Dark Knight) and producer Emma Thomas (Interstellar, Dunkirk) – was funding a narrative short film. The selected script for Term 1 – written by another Master’s student, Radhika Jani – was sublime, thought-provoking and captivating. I felt compelled to take on the project, so much so that I marched into the interview room the next day and demanded they give me the directorial position!
Q TELL US A LITTLE ABOUT THE PLOT BEHIND ‘DIDI’?
DIDI is the story of a young British Indian woman who is faced with a momentous decision when she is reunited with her long-lost sister. 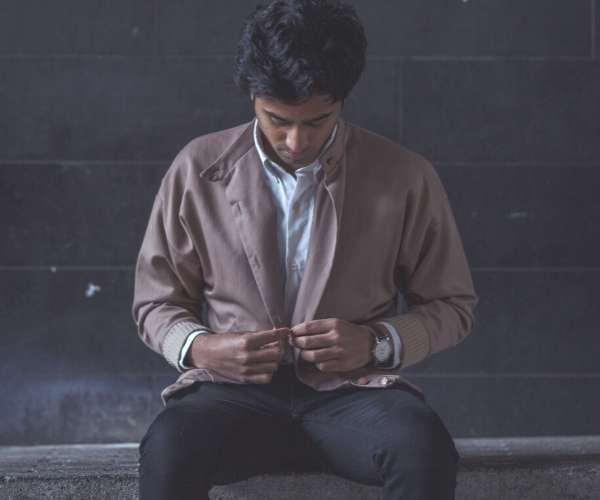 Q IN AN INTERVIEW YOU SAID THAT DIDI WAS ‘THE MOST MOVING AND POWERFUL SCRIPT YOU’VE READ IN A WHILE’. WHAT IN PARTICULAR STOOD OUT FOR YOU AND AT WHICH POINT DID YOU KNOW THAT THIS WAS THE SCRIPT OUT OF ALL THE OTHERS?
Honestly, I was amazed by the authenticity of Radhika’s script: much of the dialogue was in the vernacular. She’d even written in some Gujarati. The script for DIDI was mesmerising because of the rich and nuanced world she had created; her attention to detail, in particular, was impressive. I also loved that much is unspoken between the two sisters. In many ways, DIDI is a study of the little moments that warrant attention.
Q TELL US ABOUT THE BTS BEHIND DIRECTING THIS SHORT FILM?
Radhika’s original script read more like a play: there was too much dialogue! So over the three weeks, we were given to prep the movie, I reworked the script by tightening it up so it looked and sounded more like a short film. I’ll be honest, I was terrified that she’d ignore my feedback – as some first-time writers might do – but she was always open to constructive criticism and new ideas. I tried to be as respectful of the story as I could; every change made to the script was sanctioned by her. After casting Humaira Iqbal as Aarushi – the estranged older sister – we began rehearsals. We played around with the words on the page, experimenting with line structure and diction, in an effort to create dialogue that felt true to the characters and narrative. Filming took place over two chilly 17-hour days in and around Bounds Green and Brixton, in December 2018. Editing took roughly 7 months, in between lectures, seminars and essay writing! My editor Hal Pilkington would pop over to my flat in Shoreditch, and work on the film with me 2-3 nights a week. Making DIDI was one of the most demanding but defining experiences of my time at UCL, and the cast and crew became family. I’m still close to many of them and we’re planning on collaborating again in the not too distant future. 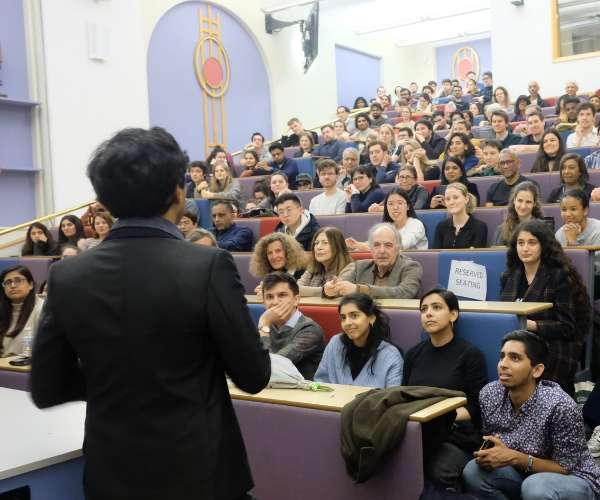 Q CONGRATULATIONS ON BEING SELECTED FOR THE ACADEMY AWARD QUALIFYING HOLLYSHORTS FILM FESTIVAL! HOW DID YOU FEEL WHEN YOU RECEIVED THE NEWS?
Thank you! I actually received the news half a month back and sat on it for about a week because I was convinced, they’d awarded the wrong person. I submitted DIDI to a whole host of film festivals in March, Hollyshorts being one of my top choices as it is an Oscar-accredited film festival that is notoriously difficult to get into. We beat out 5700 other short films to make the Official Selection. My previous films have premiered at various international festivals, from Jakarta to Dhaka, from Montreal to London, but this is my first Academy-Award-Qualifying film festival. Hollyshorts is an industry highlight, and films that win often go on to compete at the Oscars. If I’m not mistaken, ‘Skin’ – which won Best Short at Hollshorts 2 years ago – also won the Best Short Film Oscar. We’re also lucky to be screening alongside some phenomenal directors, including Academy Award nominee Yorgos Lanthimos (The Lobster, The Favourite) and Jonathan Glazer (Under The Skin).
Q ACADEMY AWARD NOMINEE DEEPA MEHTA HERSELF ACCLAIMED THE SHORT FILM AS ‘EVOCATIVE AND EXCELLENT’. BEING THAT YOU’VE WORKED CLOSELY WITH HER AS ONE OF THE LEADING ROLES IN HER UPCOMING ADAPTATION OF ‘FUNNY BOY’ – WHAT WAS HER FEEDBACK LIKE AND WHAT HAVE YOU LEARNT FROM HER DIRECTING STYLE?
I was nervous about sending it to Deepa, as she’s one of the world’s greatest directors, and I hold her opinion in high regard. Thankfully, she liked the film! I learnt a great deal from her on Funny Boy, in particular, how to communicate my own directorial vision more authentically and respectfully. I’m immensely grateful to Deepa for all she has taught me; I feel blessed to have learnt under one of my cinematic heroes!
Q YOU’VE BEEN FILM MAKING FOR 8 YEARS – WALK US THROUGH THE YEARS?
My Mum was an avid photographer; thus at the age of 4, I learnt how to load 35mm film into a point and shoot camera. She would also rent me the latest and greatest in pirated Hollywood films on offer, and this led to my obsession with cinema. I fell in love with Star Wars as a kid, and then later discovered Stanley Kubrick (2001, Eyes Wide Shut) Richard Linklater (Before Sunrise, Before Sunset etc) and Paul Thomas Anderson (Magnolia, There Will Be Blood), all of whom I still adore and have been huge influences on my work.
I started directing when I was 9, making these terrible home movies narrated by my sister, cut to music by The Strokes. When I was 14, I began taking my video camera to school and filming fights (I hope none of my teachers are reading this). My best friend and I would make documentaries on our school’s most notorious individuals and their anarchic (read: hilarious) plans to overthrow the institution. We screened these films at my best friend’s wedding 10 years later and his wife was pretty shocked. Thankfully, they’re still together (I think). After studying cinema at university, I began directing ad campaigns for corporates and documentaries for various NGOs. Using this money, I made a series of shorts, the first of which was Elephant and the most recent being The Red Mustang. Film evokes emotion in me like nothing else; it’s what I live and breathe. What I love about cinema is that it provides one with a window into other worlds, into other lives, far removed from one’s own. And it has the power to raise consciousness, and ignite change over a period of time. It is arguably the most accessible of all art forms, especially here in South Asia where few people read. 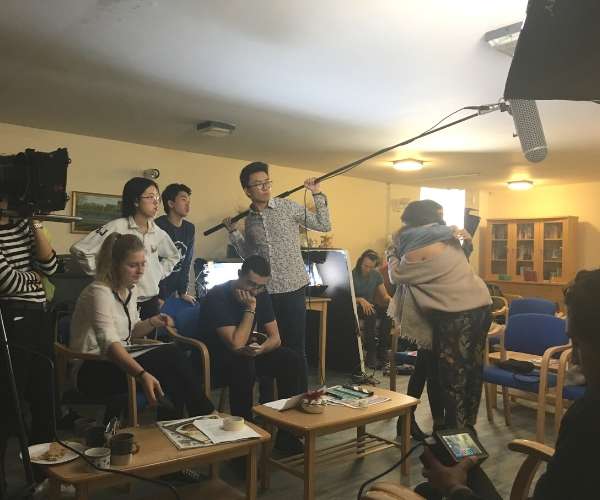 Q BEING THAT DIDI PORTRAYS SOUTH ASIAN COMMUNITY AND CULTURE IN A WESTERN BACKDROP – AS A DIRECTOR AND FILMMAKER WHAT ARE YOUR THOUGHTS ON HOW THE SOUTH ASIAN COMMUNITY IS BEING REPRESENTED IN THE INDUSTRY AND HOW DID DIDI ATTEMPT TO REFLECT THOSE THOUGHTS?
I think South Asians are often misrepresented and exoticized in Western cinema and television, partly because our stories are frequently written by those who may not have had our experiences. This limits the scope of topics or themes represented; one will often see stories revolving around arranged marriage or family abuse. (Example: A young woman is forced into an arranged marriage by her oppressive family and is then beaten by her husband…sound familiar?). These narratives do deal with important issues, but it’s high time we expand the industry’s repertoire to include other stories too. I think increased diversity in writer’s rooms and on set is the way forward. With DIDI, I was aware of how Radhika wanted to portray the British South Asian Community and adhered closely to her vision to create an authentic, meaningful story.
Q HOW WOULD YOU DESCRIBE YOUR DIRECTING STYLE?
I’m not sure whether I have a style: I feel like it evolves with each project. I guess you could say my films focus on the subtle moments that warrant attention: these often exist not in the dialogue but in the space between characters.
PHOTO CREDITS: HEADSHOT  BEN OGUNBIYI, THE ON LOCATION SHOT EVA DOEGE, THE LONDON PREMIERE SHOT ALI COWEN-RIVERS 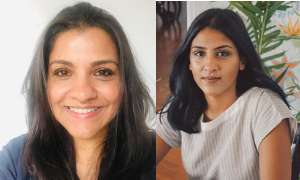 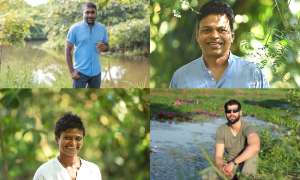 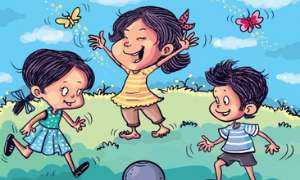