The increasing number of Community Animals present on our streets outside offices, in building sites and well just about everywhere, is not their fault BUT OURS. We, humans, have failed not just our Community Animals but every single animal on this planet, and today the world as we know it is in a perilous condition with Global Warming, virus and disease, world leaders who only think of themselves and the next election and the virtual collapse of humanity and humaneness. Glib talk and empty promises do not solve a problem. It is action that is needed. 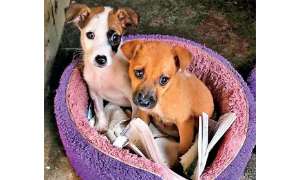 On Vesak Poya, Sri Lanka witnessed a pet dog being shot and the other, the pet goat belonging to an aged couple who regarded the goat as their child and looked after it accordingly. The goat’s throat was cut by a man who was under the influence of liquor, who then proceeded to ask the old couple how much he owed them for the goat. More recently a dog was attacked with a manna knife.

Lalani Perera, who has been closely associated with the Animal Welfare Bill from 2002 when the Law Commission initiated the Bill and is still working on it to date, as a lawyer, animal rights activist and also in her official capacity when she was Additional Secretary (Legal) of the Ministry of Justice, has this to say about the lack of legislature for our dumb friends in our Buddhist country. She is also a member of the government-appointed Animal Welfare Steering Committee. 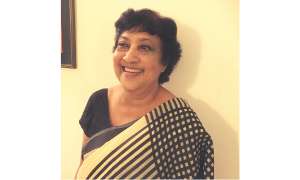 “The long-pending Animal Welfare Bill is still on hold with Sri Lanka operating as per the archaic Prevention of Cruelty to Animals Ordinance which was enacted over a century ago in 1907 and those penalties would be in keeping with the thinking of that era. As per this ordinance, if the suspect is found guilty, he will be subject to a ridiculously low punishment of Rs.100 or a jail term less than three months, or both. This is why the long-pending Animal Welfare Bill must be enacted without further delay.

Globally, laws have been amended to conform to evolving animal welfare standards, but our Animal Welfare Bill recommended to the government by Sri Lanka’s Law Commission is pending since 2006. 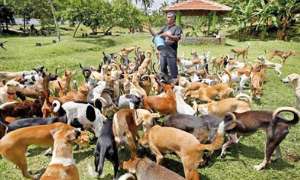 In this Bill, the jail term for cruelty can go up to two years, and the fine up to Rs. 75, 000. Though in 2010, Ven. Athureliye Rathana Thero, M.P., presented the Bill in Parliament as a Private Member’s Bill, due to Parliament’s dissolution that year. Then, in 2010, we, a group of Buddhist and animal welfare organisations filed a case in the Court of Appeal seeking a court order to direct the government to reform the laws to protect animals. Through this case, we were able to draw the government’s attention to the need to enact the Animal Welfare Bill without further delay. The delays were primarily due to groups with vested interests, mainly the meat and poultry industry hampering its progress. 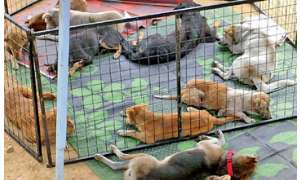 The petitioners have also met not only the former President but also a series of former parliamentarians to lobby their support for the Bill. A Steering Committee appointed by the Ministry of Livestock, on the recommendation of the Attorney General and consisting of relevant government officials and Petitioners in the court case, is pursuing the enactment of the Bill. The Court of Appeal is monitoring its progress. The Bill has now reached its final stages, with the Legal Draftsman revising it to give effect to the Attorney-General’s advice regarding Constitutionality. The next step will be to obtain Cabinet approval and present it in Parliament. It has been a massive struggle to get the Bill to this stage. Just before the COVID 19 outbreak, we met President Gotabhaya Rajapaksa to lobby his support for the Bill, and he was very receptive to the need for this Bill”.