A chat with Amaya, the Lankan Wonder Woman

Following the comments and the controversies that arose after The Asus Lanka Comic Con 2017 event, directed at Amaya Suriyapperuma and Seshani Cooray who dressed up as the DC Comics heroine Wonder Woman where their cosplays were mocked on Facebook, with trolls arguing that they were 'too skinny' to be wearing Wonder Woman's costume, we caught up with Amaya Suriyapperuma about the whole fiasco. 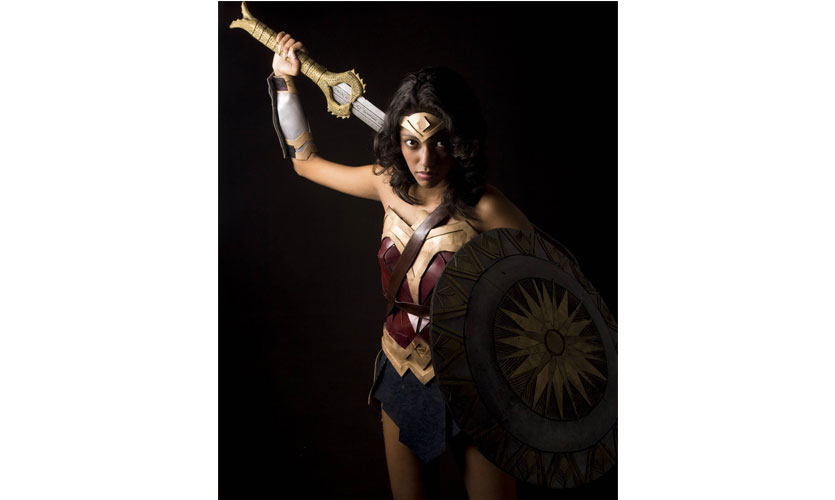 The cosplay, designed and dressed with nothing but anticipation for positive comments, was ridiculed on social media and meme pages.  The negative comments were not tolerated by the majority of Comic-Con fans and the girls themselves.

However, just as reflected in the movie, these girls gained the appreciation of many, even making international news and earning an encouraging tweet from the director of Wonder Woman itself - Patty Jenkins.

With people sharing their viral pictures on social media and using them as screen savers on the phones, they clearly won the keyboard war.

Why did you choose to cosplay Wonder Woman for Comic Con?
I love everything the character of Wonder Woman stands for and I related a lot to her. How she thought the world was all good but learnt that there is always going to be good and evil both but still chose to continue to believe in love. I loved how she was portrayed in the movie; hence why I decided to cosplay that version. I love the efforts the movie as a whole took to normalise the concept of women being strong. When I walked out of the premiere, I knew this is what I was going to cosplay and since coincidentally Comic Con fell on my birthday I decided – ‘What better way to celebrate than to be Wonder Woman for a day?’

How do you feel about the  omments  and memes stirred up about your Wonder Woman costumes?
I was shocked at all the hate and body shaming. It even went up to the point of harassment and defamation. I still don’t understand why people who don’t even know me would spend their valuable time hating me. But in the end, I should be thankful for the hate because not only did it spread my story around the world, it also validated my efforts cause I know I must be doing something right if there are people who can’t stand it for no reason.

Did you ever think that your passionately designed costumes would be a topic of conversation (positive and negative) among so many on the internet?
Not in a million years. I just wanted to cosplay Wonder Woman, have fun and then move on with my life. But now this story is everywhere and it’s been a rollercoaster ride ever since.

Patty Jenkins, Director of Wonder Woman, had re-tweeted a photo of the both of you in support of your costume after you had been ridiculed on social media. How do you feel about this?
I was thrilled! I still am. That’s when I stopped caring even the least bit about these haters. Everyone who bullied me looks so small now. 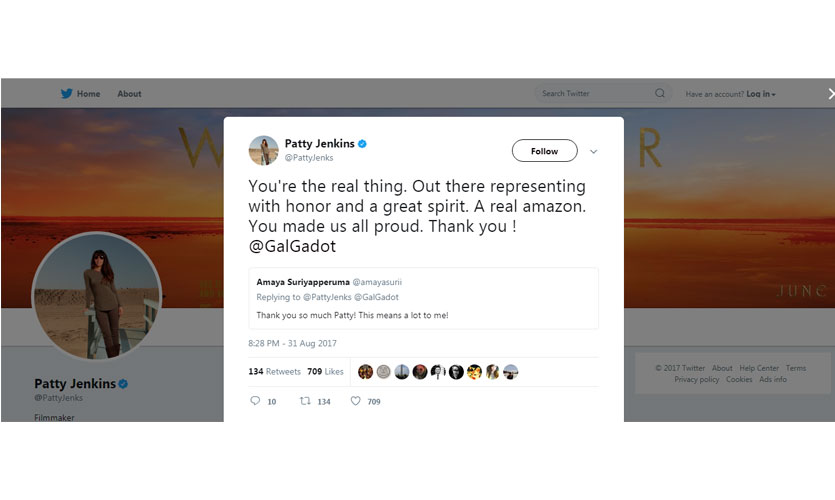 How do you relate yourself to the role of Wonder Woman in this partially conservative society of Sri Lanka?
I think the main reason for all this harassment is because I am a woman. A few other women who cosplayed got badly cyber bullied as well. I’m in no way saying that men didn’t because they did as well but the thought of a woman going out there and being confident and doing something new isn’t something some of them were used to.

Although this was a mere Comic Con cosplay, it has now turned into an issue of feminism, body shaming and hate. What do you have to say about these issues?
With all the negativity around I’m just so glad to have been open to that conversation. This is a good opportunity to get people talking about those issues. I hope to use this experience to be vocal about these issues and create awareness. Bullying or shaming of any sort is not okay and none of us should tolerate it. 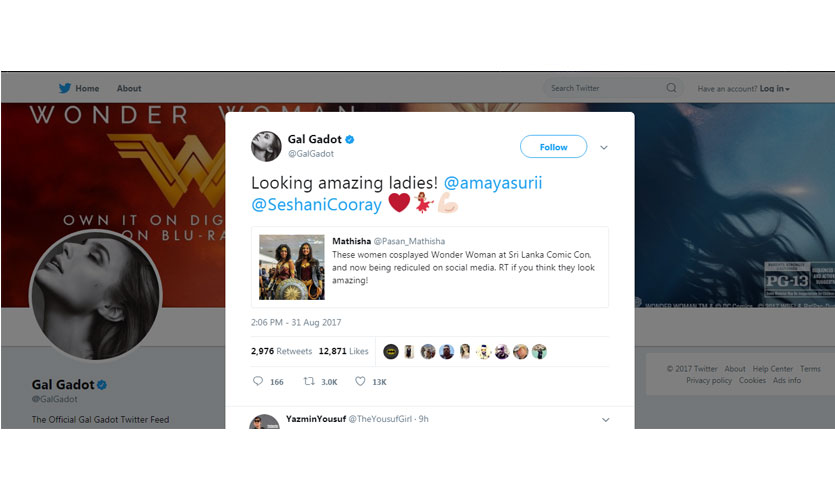 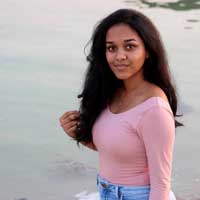