Time to preserve the gentle giants of the sea

Whale watching has become an emerging industry in Sri Lankan waters for the past many years. Today guests from around the world visit Mirissa and Trincomalee to witness these gentle giants of the sea. During the season in March and April, many blue whales and sperm whales could be seen in abundance. Preserving these animals is an immediate concern and for that experts and nature lovers are doing their best.

In an interview with Daily Mirror Life, Daya shared his experience with whales, the importance of conservation and a few tips that guests could follow when watching whales.

Daya from Nuwara Eliya was a nature lover since his younger days. “From those days I loved the jungles and the wildlife around me and it has become one of my biggest interests,” said Daya. “But I didn’t get to work in that field. Then I got a chance to work at Yala Village and the main reason to work there was because of wildlife. After the tsunami, my parents didn’t want me to go back there and I started working in other places. I didn’t have academic qualifications to become a naturalist. Then I found out about Nature Trails and after having a chat with my current boss Chitral he hired me and I initially worked in Habarana. After the end of the war, they were renovating this place and they were planning out what could be done at this hotel in Trincomalee. Speaking the Tamil language became a concern as nobody knew how to communicate well with local people. Since I was here I was able to communicate with them and get things done efficiently. Thereafter I stayed here and went to Pigeon Island for snorkelling and fell in love with the underwater world. Then whale watching followed and in 2011 we got a chance to work with Scubazoo – an Australian film company that came down to Sri Lanka to do a documentary on blue whales. We then started working with professional photographers and others.” 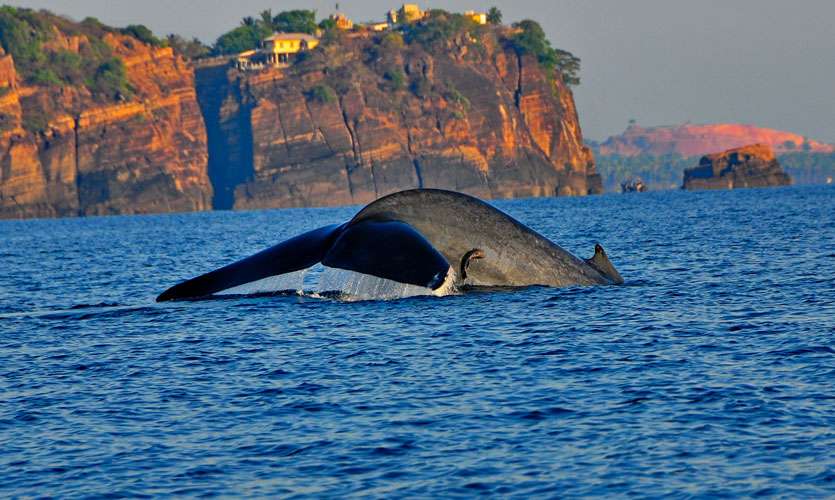 Daya gathers most of his knowledge from experts. Every year he gets to meet Dr. Charles Anderson, a famous marine biologist. As he works with professional photographers it is similar to working with scientists.

“We were doing whale watching operations in Mirissa but it was a small operation back then,” continued Daya. “Back in the1980’s there were several records from Trinco on blue whales. They knew that whales came here but because of the war, there were no whale watching operations taking place. After we came here and spoke to the fishermen they said there are whales but they didn’t go closer to the animal. In March 2010 when we first went out we saw two blue whales and the second day we saw one close to the Koneswaram temple. Our main focus is on blue whales but after a while, we noticed that more than blue whales we have sperm whales in large numbers. Two seasons ago we didn’t see sperm whales but this season we saw lots of blue whales and few sperm whales together. Therefore it depends on the food and ocean currents as well. Each season is different from others”.

When asked about the interest among guests, Daya said that it has grown massively. “Unlike in Mirissa where there is a harbour, operating big boats isn’t practical here. But there are around 25 operators along this beach. In Nilaveli there’s a public beach area and every hotel also have their boats.” 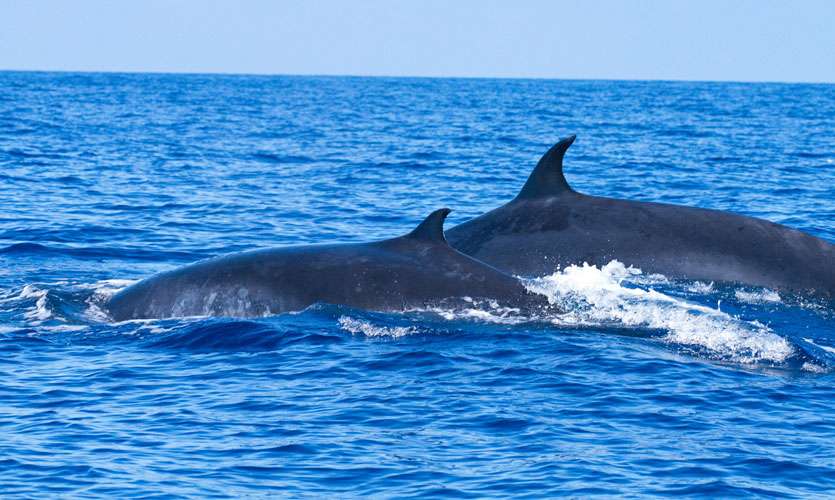 The experience with BBC

Chitral Jayatileke, Head of Nature Trails Team who is also a well-known nature enthusiast and a professional photographer was keen on taking Sri Lanka internationally. While in Bristol Chitral was armed with some basic footage of blue whales shot by Daya himself. In 2015 he met with Mark Brownlow in London and discussions began about filming these gentle giants in the East Coast of Sri Lanka. “Back in 2012 we were with a team of photographers and we saw a huge number of sperm whales travelling,” Daya recalled.

“There are around 20 sperm whales in a pod and we saw around 15 of those groups passing by our boat. Then the foreigners said that they haven’t seen anything of that sort. This is what grabbed our interest and in 2014 we saw massive gatherings and some unusual behaviours.

I managed to get a 30-second video clip of a superpod. After my boss showed these videos, The BBC Ocean team visited Sri Lanka and worked with me for 30 days.”

The BBC filmed Daya tracking the super pod of sperm whales while his story was narrated by the world’s greatest naturalist, Sir David Attenborough. Chitral’s passion to bring documentary films to Sri Lanka has facilitated 14 such productions of our wilderness and has given opportunities for many nature lovers to be involved with these productions as well.

Speaking further Daya said that pollution is a main problem and even the fishermen’s nets cause huge problems to the whales. “It’s not the fishermen’s fault and in addition to that a large scale dynamite fishing operation is also going on here. Whales are acoustic animals and even when it comes to turtles and fishes it’s the same. Sometimes we find dead turtles and when we check the carcass we have found out that the main cause of death is dynamite. Now that the whale watching operation is growing there are a few simple things which could be done differently. We use four-stroke engines which are rather expensive but because whales are sensitive to sounds, we invest in the ideal silent engines. But small-time operators may not be able to make that investment, thus using two-stroke kerosene engines may cause distress to the animals.”

Daya further said that the Wildlife Department needs to look into this matter as means of preserving underwater resources. “It’s best that all operators work with the Department of Wildlife Conservation in developing a code of conduct during whale watching. The Navy also doesn’t have the jurisdiction to govern tourist-related activities. Its best a system of self-discipline and a set of regulations are placed in order to ensure what we see will continue to enthrall many visitors in the years to come,” he said.

During our visit to Trinco Blu by Cinnamon, we had the privilege of watching dolphins with Daya himself. The team at Cinnamon Nature Trails is geared to give you the best experience sharing their knowledge about wildlife and educating the guests. This could be anything from a safari to a whale watching expedition. With Daya, we learned that there are two types of dolphins in the Eastern Coast of Sri Lanka and that they are found in abundance. According to our observations dolphin watching is usually disturbed by an incoming fishing boat that chases the dolphins so that the fishermen could catch the tuna.

Be it snorkelling at Pigeon Island to a marine mammal safari to a boat ride at sea, the CNT team at Trinco Blu is ready to give you a one-of-a-kind experience. The Trinco waters are crystal clear and you will be amazed at what nature has to offer you on the East Coast of the island.

Our visit to Pigeon Island was another breathtaking experience with its shore decorated with an abundance of sea shells of all shapes and sizes. This untouched masterpiece of nature is currently under strict supervision by the Wildlife Department and it is maintained daily in order to ensure that the surroundings are eco-friendly and preserved. Declared as a national park, this piece of land is one of the two marine national parks in the country.

Guests have a bigger role to play when going whale watching so as to reduce the threats imposed on these giants. “If people refuse to go in boats with two-stroke kerosene engines that will be one good move,” continued Daya. “We are willing to facilitate but ideally, a regulatory body should take the lead while we can facilitate all events and create awareness among all operators.

In his concluding remarks, Daya urged visitors to enjoy the moment when they go out to sea.

“Just let the sea breeze to kiss you on your face and every time you see a marine mammal it will definitely take your breath away. So tell a silent prayer that this magic will remain in our waters forever.”