Formerly known as the Pollanaruwa Rest House, this former colonial bungalow built for the exclusive use of colonial rulers has changed hands over the years. Now known as the Ekho Lake House, this magnificient hotel stands proud straddling  the banks of the Parakrama Samudraya overlooking the ancient ruins of this much fabled city. 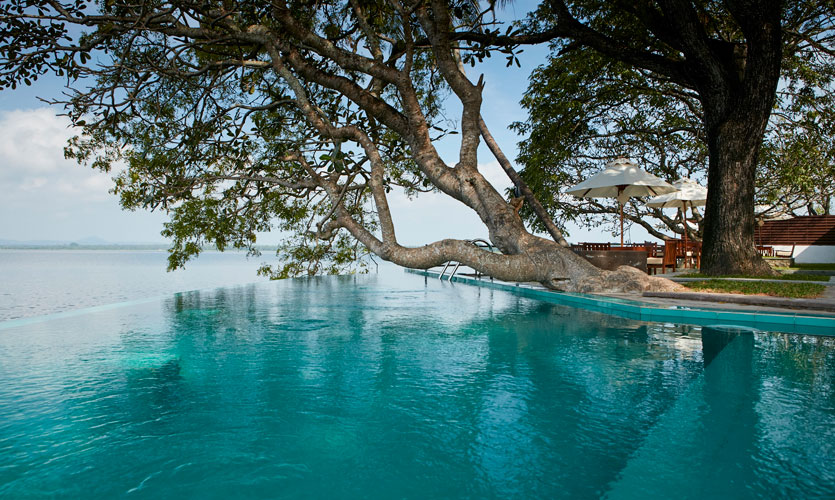 The Ekho Lake House offers a distinctive story which couples culture, history and heritage in a beautiful narration. During the royal visit in 1954 it was here that Queen Elizabeth and Prince Philip spent the night after visiting the ruined city. The Royal Suite still occupies pride of place in the hotel with many of the original features such as the cast iron bath tub, and writing bureau still intact. The Royal Suite has its own private terrace with sweeping views of the Parakrama Samudraya and also a Jacuzzi. 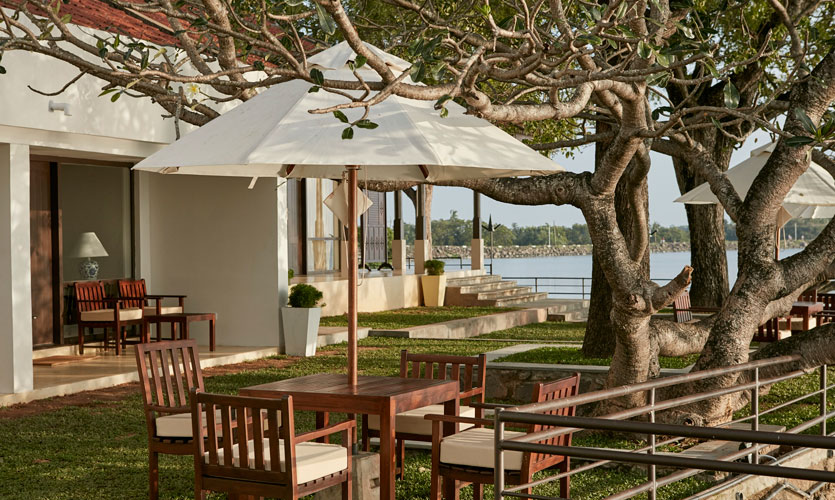 One of the most popular suites in the hotel for its historic connections to the British Royal Visit and also the scenic beauty offered within an intensely private area. Perfect for honeymooning couples and those celebrating special occasions the Royal Suite is worth a splurge. 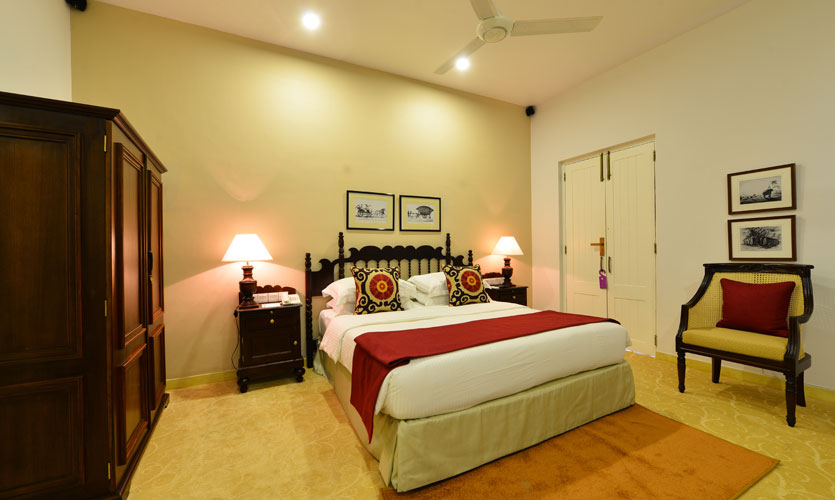 Ekho Lake House offers 4 executive deluxe and 10 superior deluxe rooms which are spacious and tastefully decorated to reflect the local and culture. The rooms are equipped with all modern conveniences and have sitting areas which offers unfettered views of the lake. Its most distinguishing feature is the quietness which abounds, punctuated by the waves lapping against the bund and the sound of birdcall. 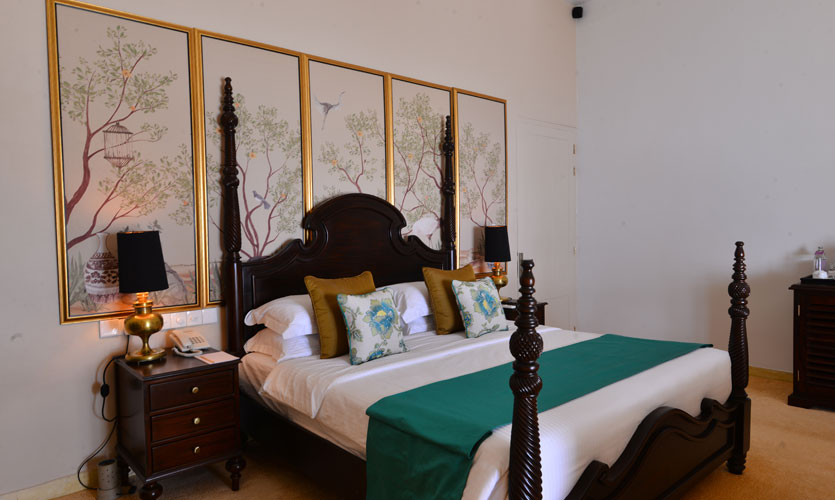 There is also an infinity pool which is the perfect way to end a day of sightseeing. The restaurant of the hotel is built on the water and is a triumph of design. The glass fronted restaurant also houses a nine seater bar and occupying centre stage of the dining area is the fuchsia pink piano where an pianist tinkles the ivories at lunch. The restaurant offers a variety of eastern and western cuisine. The local buffalo curd and treacle and the Sri Lankan rice and curry are the clear favourites on the menu. 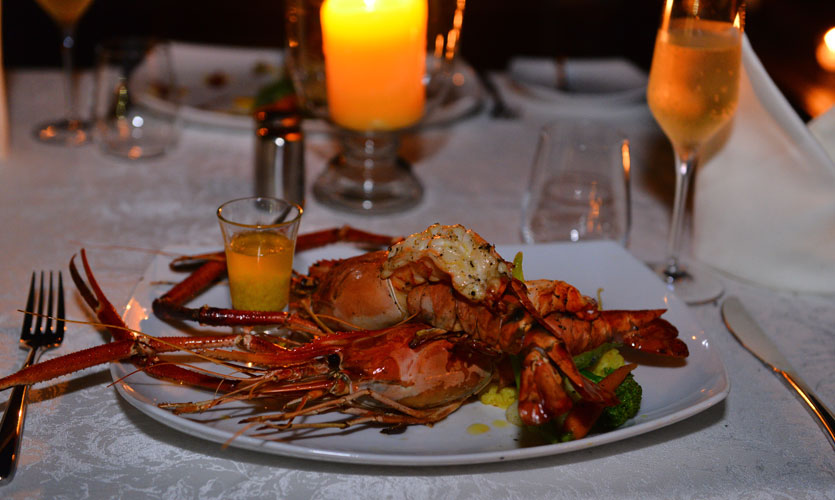 Lake fish cooked in a variety of ways along with seafood dishes also feature prominently on the menu. The food is fresh and it is obvious from the taste and presentation that the chef and his team take enormous pride in their work. 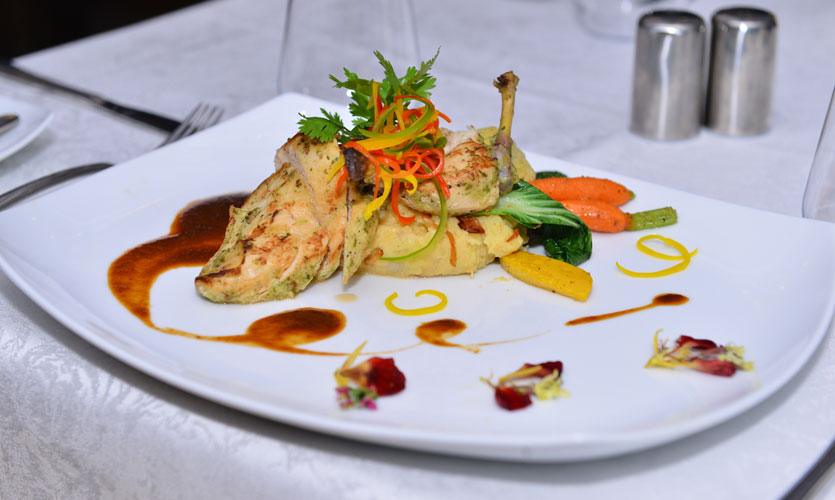 Ekho Lake House, also offers many excursions including a bicycle tour of the ruins which follows the route take by Queen Elizabeth when she visited the ruined city.

There is also an excursion to Monkey Kingdom which offers you the chance to meet the cast of the Toque Macaque monkeys which featured in the hit Disney Film of the same name.  There is also an arts and artisans tour which showcases the work of the stone artists, wood carvers, and forest painters that live in the locality. 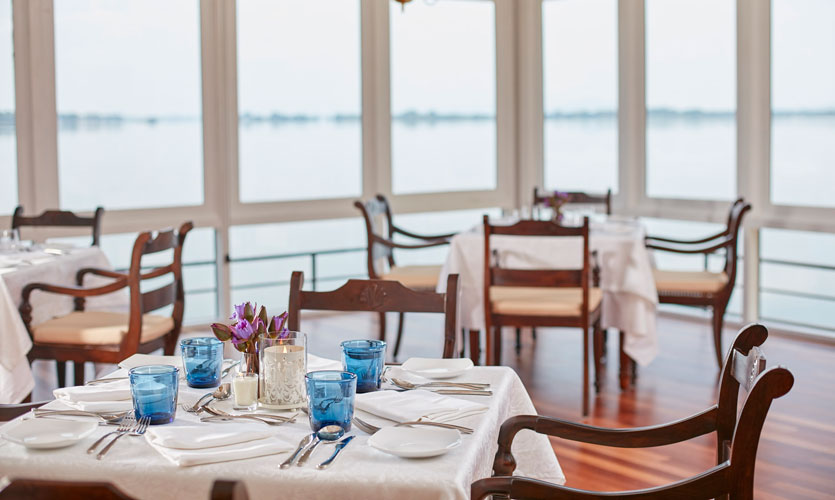 Two of the most unique excursions are the 7 Palace Lake Tour and the Plot to Plate experience. The former takes you by boat t witness the hydraulic system which dates back 1000 years  after which you will visit the summer palaces that dot the samudraya. The later is an excusion which takes you to the local vegetable market where you select the produce which you will later cook in a typical Sri Lankan environment, thus enjoying a real rustic culinary experience. 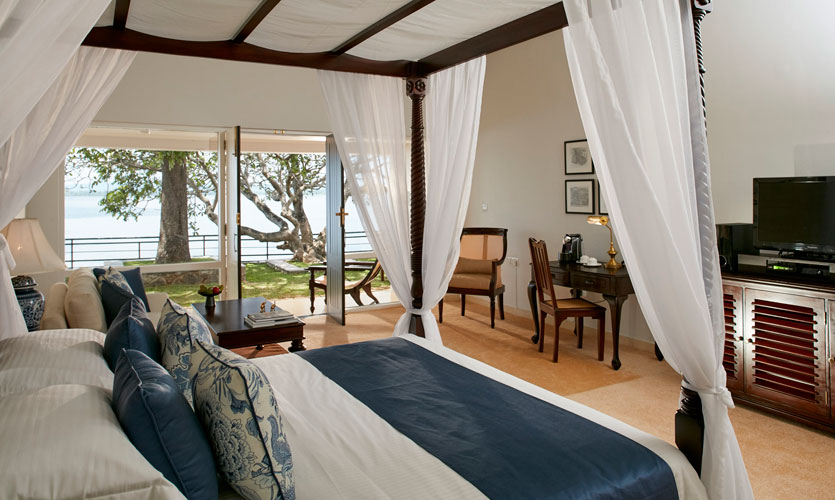 At twilight the lake is absolutely beautiful, the cacophony of crickets overtaken by the haunting melodies of the flautist  who sails on the lake around the hotel.  A memorable sight which adds to the allure of this heritage hotel in the ancient city of Pollonaruwa.