The landscape of land that was once home to many Sinhalese kings is gradually transforming itself. Kandy, home to the Temple of the Sacred Tooth Relic, the venue that witnessed the signing of the Kandyan Convention and various other events of historic and religious significance is a masterpiece of its own. The culture of the Hill Capital is one that has blended with history and modern world charm. A trip to Kandy can never be completed in a day or a week for that matter. Many venues need visiting and re-visiting to fully understand the glorious and the not-so-glorious events of its past.  During a recent visit to Kandy, we visited several venues, some steeped in history. 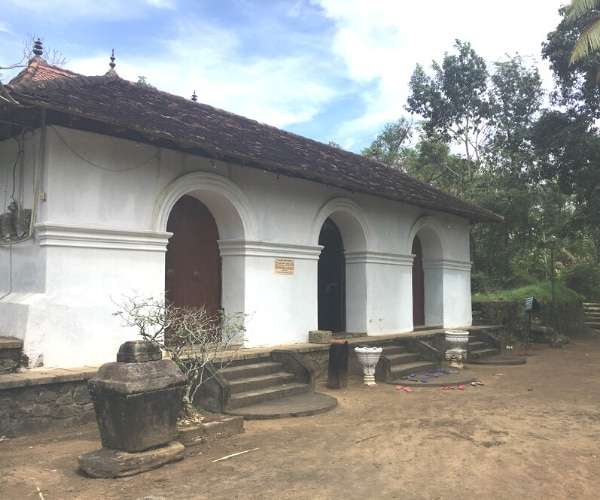 Sitting within a wider radius of the Sri Dalada Maligawa are temples adorned with paintings of the Kandyan period that have very much become part and parcel of the lives of its people. Degaldoruwa Cave Temple is situated in Amunugama, Patha Dumbara. It is a temple with a historic and religious significance. At the end of the Polonnaruwa period, the dying temple art culture was revived by paintings done in the Kandyan period. Kandyan art reflects morals, behaviours and attitudes of village folk.

The temple was initially built by King Sri Vikrama Rajasinghe which was later completed by King Rajadirajasinghe. Details of its construction have been included in the Degaldoruwa copper inscription (Tamba Sannasa). The interiors of the image house are adorned by tales including that of Vessanthara, Maha Suthasoma, Saththubaththa, Maha Seelawa and Su Visi Vivarana. One of the finest paintings of Mara Parajaya graces the ceiling of the image house. Upon close observation, one may realise the weapons used by the Yakkas back in the day. One of them holds a gun and another holds what looks like two cannon balls. Perhaps it may have also been the artist’s own imaginations. The flower motifs decorate the doorways and stone pillars. The paintings were undertaken by four artists, namely Mulachari Devendra, Neelagama Patabendi, Hiriyale Neide and Ven. Dewaragampala Silwattena. A flight of stairs lead you to the temple’s Bodhigaraya and an open space with the dagoba on one end. The route that leads towards the village falls across the temple land further proving the bond between the temple and village.

Galmaduwa Rajamaha Viharaya
Situated in Naththarampotha along the Kundasale-Mahiyangana Road is a temple with unusual architecture. The Galmaduwa Rajamaha Vihara, built by King Kirthi Sri Rajasinghe is a hybrid of Buddhist and Hindu architecture similar to that of the Nalanda Gedige. Built in the form of an open hall, the structure is seven stories in height. However, legend has it that when the King heard about the Degaldoruwa Cave, he stopped the construction of Galmaduwa Vihara.

The unfinished building was never used as a temple. Legend has it that the then Adikaram, Meegasthenne Nilame completed the rest of the construction. The old building built entirely of stone gives you a glimpse of the wealth acquired by the Kings of yesteryear. The interiors are adorned by elegant paintings of the Kandyan Period. However, what you could now see is a modern roof protecting its interiors along with some recently built stupas and a smaller dagaba in its backyard. 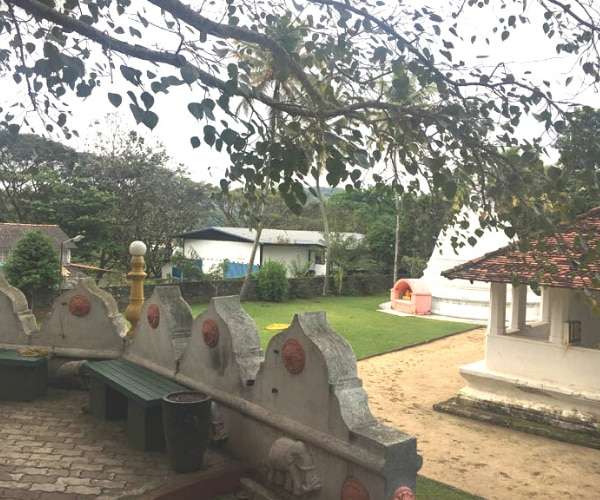 The palace was set amidst a breathtaking garden believed to be called Narikele according to a Gazette by Archibald Campbell Lawrie - a British judge and a gazetteer of the Central Province of Ceylon. It is said that the Portuguese and Dutch burnt this palace and one could spot signs of this destruction in the stone pillars that support its present-day verandah. The Viharaya also houses several important Ola Leaf Manuscripts with elegant covers and a wealth of information about the life and times of yesteryear.

Bahirawakanda Sri Maha Bodhi Vihara
Perched at a mountaintop facing the Dalada Maligawa is a giant Buddha statue. The mountain, known as Bahirawakanda gets its name from several myths and legends that go back in time to the days of the Kandyan Kingdom. One of them states how human sacrifices were done to please the demon (bahirawaya) that lived in the mountain. Another account states that the mountain was used as a spot to punish criminals who went against royal demands. Mountaintops were used to spy on foreign forces and people believe that royal warriors used Bahirawakanda as one of these communication spots apart from  Kadugannawa, Bathalegala and Gannoruwa. Bearing its historic significance in mind, the venue was subsequently transformed into a temple under the guidance of Ven. Ampitiye Sri Dhammarama thera. The temple, as well as the peak of the stupa, gives a bird’s eye view of Kandy and you could spot the Maligawa, Kandy Lake and the former Bogambara Prison premises standing out from the busy streets of Kandy.