Dublin, the city that fought an Empire and won...

In my book The Whinging Pome To The Point, I noted in the ‘Cheap Women Grey City’ story Ireland's most notable exports are people, Guinness, and the Irish pub concept.

On a recent trip to Dublin, while the above remains true, the home of Guinness and 655 pubs does not disappoint.

I flew from London to Dublin with Ryan Air knowing it meant limited luggage and a probable late arrival. However, the  Dublin taxi driver more than made up for these negatives with his chatty, cheerful and helpful advice on the ride to Cassidy’s Hotel. We picked the hotel knowing it was an easy walk to the heart of the city and a three-minute walk from the historic Post Office and museum.

It is from this location that Dublin ultimately could claim “the city that took on the Empire and won”. Ireland gained its full independence in 1919.

I have always believed the best way to get an overview of a city is to take the ‘hop on, hop off’ bus. Dublin offers three ‘hop on, hop off’ services – red, blue and green. A wee bit confusing though they say they have a slightly different route.  The commentary on the bus is witty and informative. 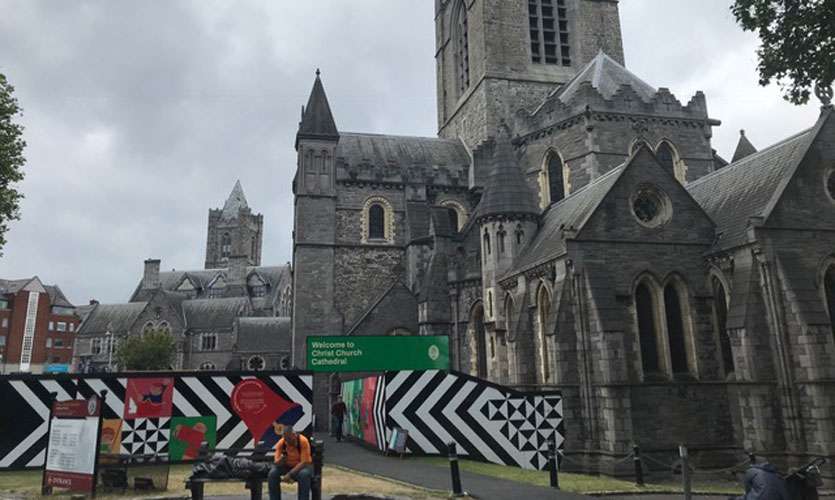 The  Christian history of Dublin goes back to the Roman times and the arrival of St Patrick in the first century means lots of churches to see. Most of the major churches have been restored /maintained by the families with brewing or distilling empires, and there are lots of them. The statue representing justice above the castle faces inward denoting for the masses justice was not for them

The wife and I lasted about one and a half hours on the bus before jumping off so I can satisfy my taphophilian tendencies at the Glasnevin Cemetery and Museum. The cemetery was opened to the public for the first time on 21 February 1832 and so key figures in Irish history of the last 100 years and the revolution against the British were finally buried. 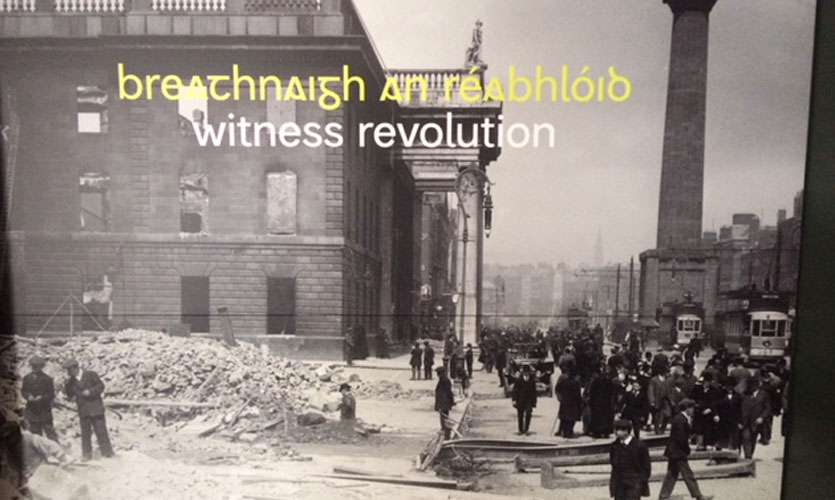 James Murray, a Victoria Cross (VC is the highest military award in British armed forces ) recipient, was interned here in 1942. I was intrigued as to why a Catholic Irishman would be serving in the British army in World War II. Channelling my Sherlock Holmes persona, I discover that he was awarded his VC for fighting in the Boer War in South Africa.  He survived the war, dying of old age many years later.

The Irish adhered to a neutrality policy and did not officially participate in World War II despite 12,000 Irish veterans serving abroad. Those that returned were ridiculed upon their return. I could have happily spent the day at Glasnevin but my wife informed me she has had enough of ‘dark tourism’ and it was time to indulge in Irish culture, meaning it was time to check out the bars of Dublin!  The nearest, the Grave Diggers, was a short walk and it looked as though little had changed over the last hundred years.

Walking through Dublin at night is a must do. The city is alive with bars, cafes, music and a cultural melting pot of people. The Brazen Head pub, dating back to 1100 AD is said to be the oldest pub in Dublin. To not have a pint of Guinness here would be sacrilege. The pub is packed with a mixture of locals and tourists, who all seem to have American accents.

We politely join a couple at their table and soon find they are from Bramhope, Leeds. My dad used to be the local vicar there. The pint of Guinness whets the appetite and the Irish stew did not disappoint! 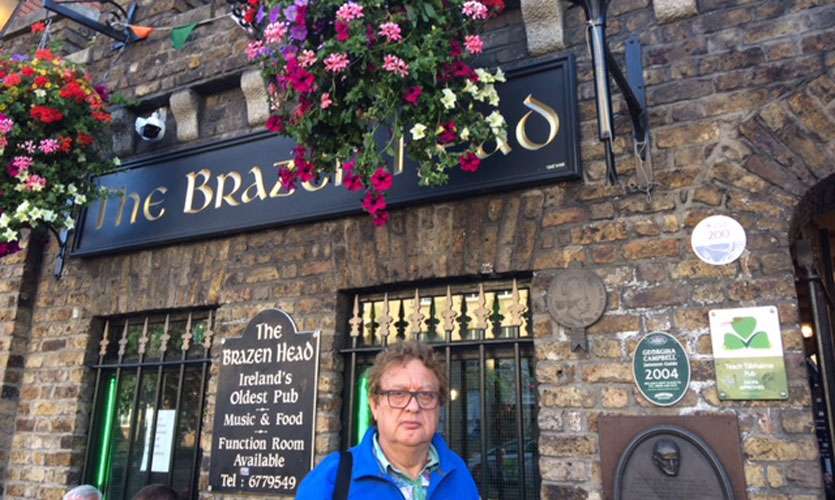 Three characters arrive wielding six musical instruments between them and settle in the corner of a very cramped front room. They kick off with the Scottish, Irish, English song “The Wild Rover” and it does not take long for the crowd to provide vocals for them. Guinness!

Walking back to our hotel via Temple Bar most pubs still, have music and drinkers spilling out onto the streets. It takes enormous willpower not to join in. However, despite having to work the next day the clock does not master these people. This is a good thing as all clocks on government or religious institutions have stopped obviously at different times over decades. Yet again, a bit of that Irish blarney!

Our last day to visit some distilleries and brewers, Guinness we are told is must but we come away a bit disappointed, as there was no personal touch, just hundreds of people on a track around  the building .St Stephens just accross the road proved to be  very different and  real eye opener, an old church now converted into a distillery .

Five days just wasn’t  enough for a visit to Dublin.  We didnt get to see Dublin Prison , now a museum, St Marys Cathderal now a bar, and as we only got to
15 bars. there are another  640 to consider!