Turtles Under Threat In Zanzibar

The cobalt blue waters that surround the exotic island of Zanzibar is home to a raft of marine life. The Hawksbill turtles and Green turtles are the most common species native to Zanzibar but sadly they are under threat. In addition the Olive Ridley, Loggerhead and Leatherback which are also found in the waters off Zanzibar are critically endangered from extinction. These beautiful animals have traditionally been hunted around Zanzibar for their attractive shells and for their meat. 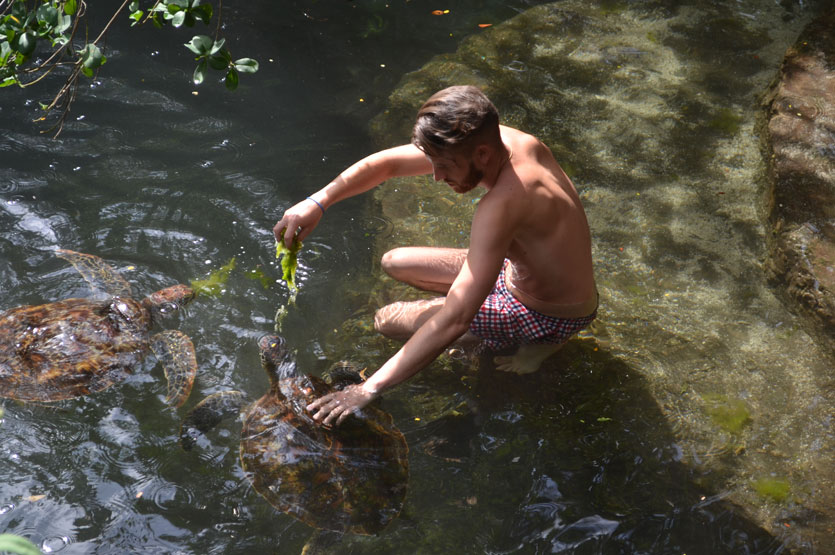 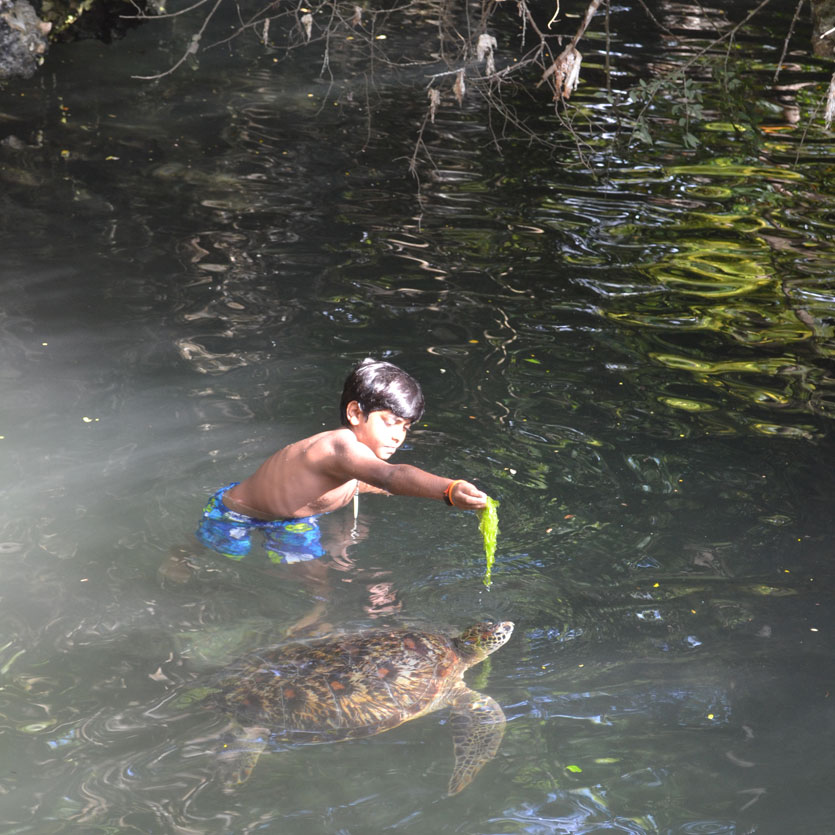 For centuries, marine turtles have served as an important natural resource for humans, both nutritionally and economically. However, turtles have been over-exploited for trade, food (eggs, meat), leather, oil and ornamental objects. Misuse of marine turtles has resulted in the severe decline of most populations around the world. For Hawksbill turtles alone, during the last 3 generations, the total population size has decreased by 80%. 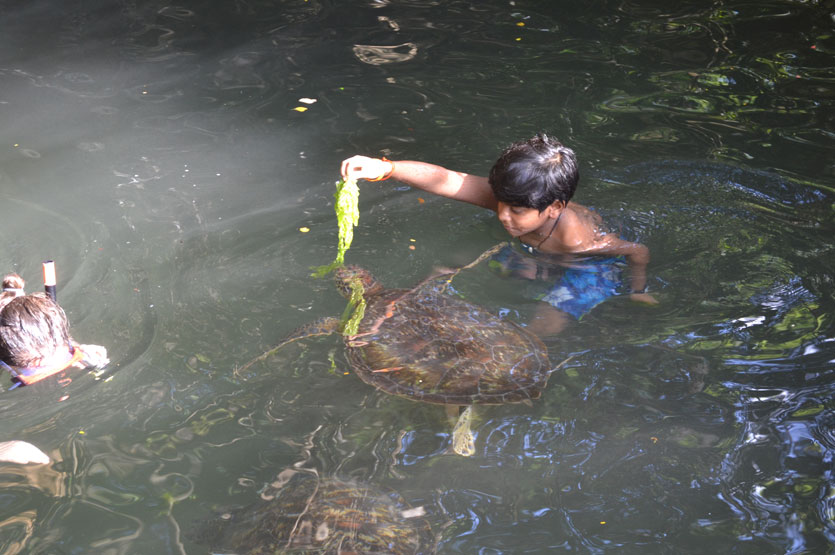 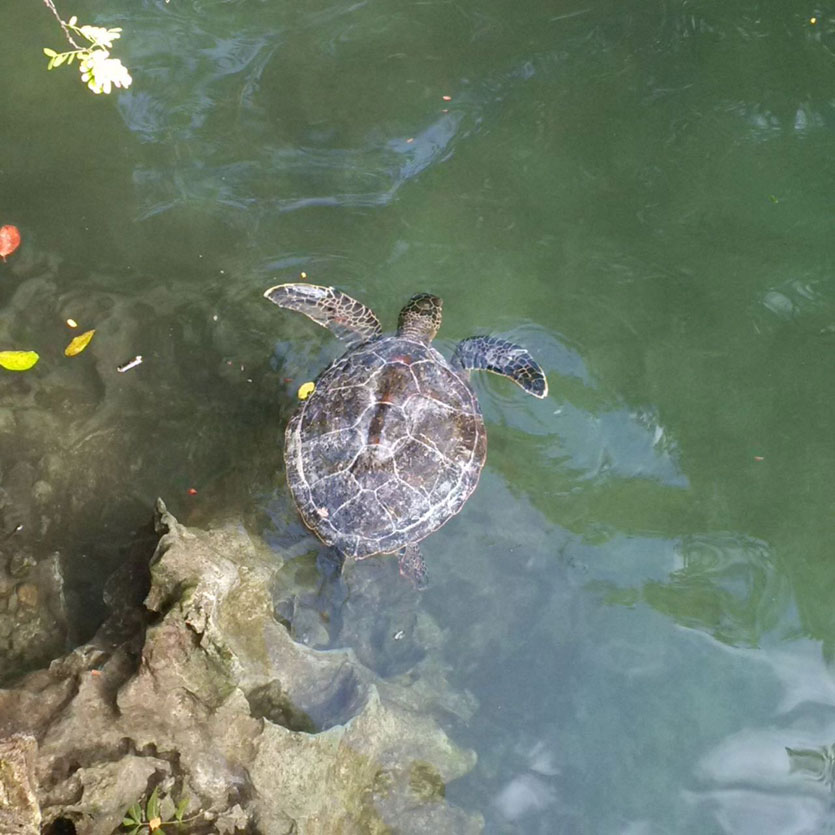 Besides poaching, the main threats to turtles in Zanzibar are disturbance of nesting and foraging habitats, incidental net captures (gillnets and trawlers), limited awareness, land-based development and pollution. In 2011, a survey  revealed that the residents of neighbouring island Uzi basically kill every grown-up turtle they find. The reasons given ranged from eating them, that turtles eat fish that is meant for human consumption, or to prevent sea turtles destroy fishing nets in addition to using the turtle shell as home decoration “for fun”. 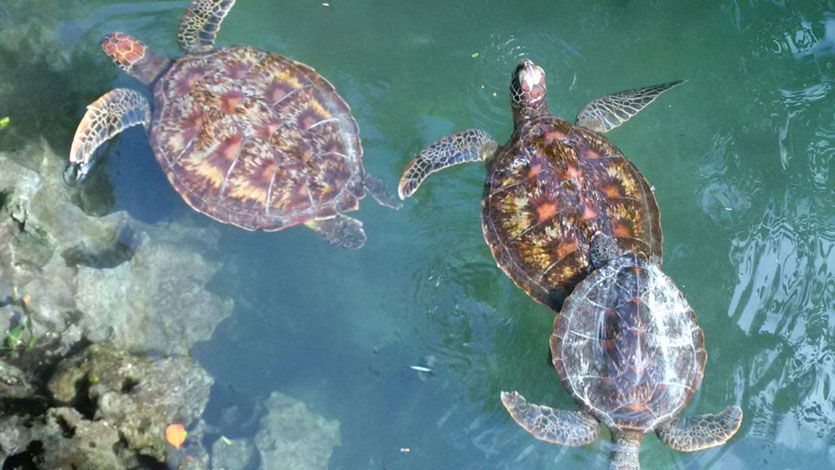 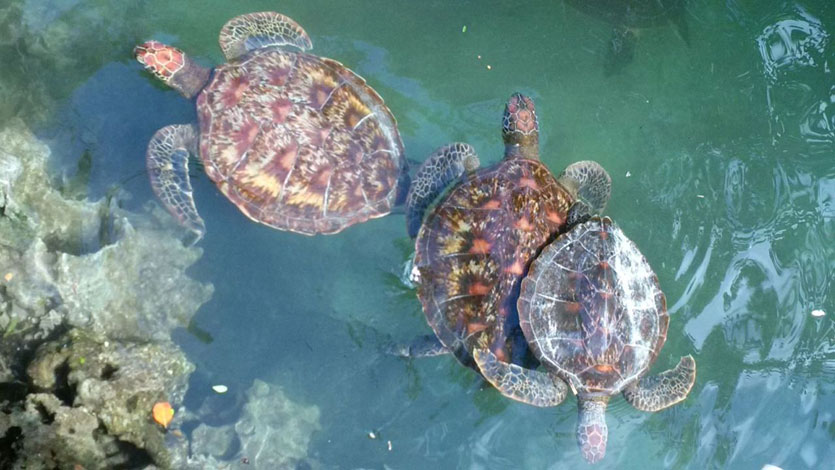 In a bid to reverse the dwindling turtle population, several organisations in Zanzibar have sprung up to conduct various conservation programmes in Nungwi the northern most tip of Zanzibar. Many of these places encourage visitors to interact with the turtles. Tidal pools which dot Nungwi are used to keep the turtles many of whom are rescued from fishermen’s nets. After they are looked after they are released to the wild. The Baraka Natural Aquarium which we visited had about 15 turtles of all sizes which were being looked after. Visitors are encouraged to get into the water and feed the turtles with seaweed which they love. Rather sociable these turtles seemed to love the human contact although some might argue that it is cruel to keep the turtles in these tidal pools the staff at Baraka informed us that the turtles would go to the ocean when they were ready. However you look at it it seems that these organisations are playing an important role in conserving the turtles and also increasing man’s awareness that these beautiful creatures should not be hunted.