Kick off the new year by absorbing the rich culture and heritage that abounds in Sri Lanka. The Buddhist calendar of Sri Lanka opens with the Durutu Perahera Pooja Festival at the historic Kelaniya Rajamaha Vihara. The sacred Kelaniya temple derives its religious and historical significance, mainly due to the Buddha's third visit to the premises on the banks of the Kelani River. Since this highly venerated occurrence, the Buddhists in the island flock to this serene monastery to venerate and receive blessings. All the kings in the country contributed to the development of the Kelaniya temple in many ways. The annual religious ceremony has its roots in the times of ancient kings who sponsored the religious activities at the Kelaniya temple with a great sense of respect. 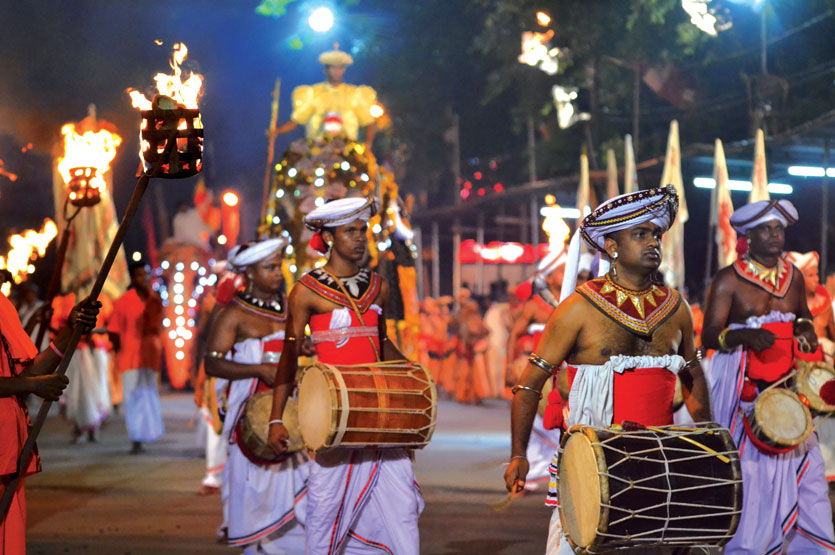 This highly venerated religious event is organized annually marking the first visit of the Buddha to Sri Lanka (which took place on Wesak full moon poya day) to invoke blessings of the Noble Triple Gem and Gods to all Sri Lankans and all beings on earth in common. The Kelaniya Durutu Perahera Pooja Festival, that was halted for sometimes during the colonial rule was restarted in 1927 with the guidance of Ven. Mapitigama Buddharakkhita Thera, the then chief incumbent of the temple and generous patronage of the Helena Wijewardene Lamatheni. Since then, this religious festival marks one of the major religious events in the country.

At this historic temple a procession known as "The Duruthu Perahera" which is a cultural and religious parade, is held on the pre-full moon poya day of the month of Duruthu (Janu-ary) every year. On this occasion, hundreds and thousands of people from all parts of the country, and hundreds of foreign travellers and pilgrimages trek their way to the temple to witness this spectacular pageant.. The procession, by itself, is a ritual depicting the nation's age-old religious customs and ceremonies. It displays the ancient traditions and the cultural heritage of the country. It demonstrates to the world the age-old traditional folklore, folk music and the rhythmic dance forms and drum beats which have developed throughout the ages around Buddhism and Buddhist practices in the island. Hence the Duruthu Perahera today is composed of three separate processions that of the Buddha relics and those of the three devalas, Vishnu, Kataragama and Vibhishana.

The Perahera (procession) is held at night on three consecutive days, prior to the Duruthu (January) full moon. The first day Perahera, held on the upper temple terrace, is called the "Udamaluwa Perahera". The Second day Perahera is more colourful than the first, and is performed on a more extensive and elaborate scale. The third and the final procession called the "Randoli Perahera" is the climax of the whole festival. It is usually held on the pre-poya day of the Duruthu moon. This is the most colourful and magnificent spectacle that the Buddhists of Sri Lanka look forward to with great fervour and enthusiasm.

Experience the Duruthu Cultural & Religious Parade on the streets on January 11, 2017, 7:30PM onwards.